An Instagrammer’s Guide to Edinburgh

City BreaksScotlandUnited Kingdom
53 years ago
by

Remember when I used to blog? Yeah, me neither. It’s safe to say it’s been a while and I’ve been majorly slacking in the productivity department. But I’ll blame it on not having a working laptop…

The last few months in which I have been absent have been a little crazy.

My mum and I travelled around Scotland for a week, we moved into our new home, I spent a night at Thorpe Park, Gaz, my parents and I went on holiday to Madeira, I partied my pants off at Truck Festival, caught up with some friends and organised everything for going back to university in September.

All alongside making the most of the time I’ve got with Gaz and his family before we go long-distance again next month.

Oh and I’ve also miraculously managed to lose over a stone whilst I’ve been at it so I’m feeling pretty amazing. Go figure.

Now that I’ve caught you up on everything in the world of Lucy, it’s time to jump back into some travel content, ’cause that’s why we’re all here, isn’t it?

Mum and I only spent two nights in Edinburgh during our whirlwind trip to Scotland, but that didn’t stop me from completely milking it on the Insta front.

Edinburgh is an extremely photogenic city – every inch of it is Instagrammable, that’s for sure.

But if you want to find the crème de la crème of photo opportunities and impress all your followers, be sure to read on…

P.s. if you fancy following my Instagram that would be super duper lovely of you. Join the gang, pal.

Calton Hill is an obvious cliche but no photography list would be complete without it.

Calton Hill is one of Edinburgh’s main hills, situated beyond the east end of Princes Street.

The hill offers gorgeous panoramic views of the city, lending itself to many photo opportunities; but the most iconic view is the Dugald Stewart Monument with the city behind.

Since you’ve made the effort to climb up Calton Hill, you might as well get a photo of the National Monument while you’re there.

The National Monument is Scotland’s memorial to the Scottish soldiers and sailors who died fighting in the Napoleonic Wars.

The monument is a real sight to see and would definitely feel far more at home in Greece than Scotland – but who’s complaining, it makes for a terrific photo!

With its curves and colourful shop fronts, it’s no surprise that Victoria Street is one of Edinburgh’s most photogenic streets.

There are lots of different viewpoints from which you can take a photo, including either from the street below or from the grand curving terrace above.

One of the most interesting things about Edinburgh as a city (and particularly for photographers) is that there are so many unexpected finds.

And Dean Village definitely fits into the unexpected category!

Dean Village is a tranquil little village just a short walk from Edinburgh’s West End, right by the Water of Leith.

It was previously where milling of water mills took place, of which remains of this can still be seen by visitors.

Just like the National Monument is more akin to Greece, this scene seems far more fitting to France or Germany.

Tag a different location on Instagram and no one will even notice the difference. You crazy jet setter, you!

You can’t come to Edinburgh and not get a photo of the castle. It’s simply against the rules.

Unfortunately, the castle is normally swamped with tourists so getting that perfect Instagram shot can be a bit of a challenge.

I took this one of some red phone boxes outside the castle to mix it up a bit.

While you’re at Edinburgh Castle, you can’t forget the rest of the Royal Mile, the succession of streets forming the main thoroughfare of the Old Town. Again, try to mix it up a bit by turning sideways and photographing one of the Royal Mile’s many steep, narrow closes, instead of the street itself.

For a lesser-known view of Edinburgh Castle, head down The Vennel, a steep, slightly hidden shortcut between Lauriston Place and the Grassmarket.

From here you can capture a dramatic view of the castle with a pretty Old Town street in the foreground.

This shot is most spectacular in the evening when the street lamps illuminate the path giving the image an old-world feel.

The National Museum of Scotland is a brilliant day out for all ages – and even better, it’s free!

They have many collections spanning from science and technology to Scottish history and archaeology, and they also have plenty of photo opportunities.

Be sure to head up to the secret roof terrace for an alternative view of the Edinburgh skyline and snap a photo of the stunning architecture in the light-filled Grand Gallery.

Circus Lane in Stockbridge is probably the most beautiful (and hidden away) street in Edinburgh.

Think mews houses, a cobbled street and plenty of greenery. It’s basically a recipe for the perfect Instagram.

Visit here soon before it inevitably becomes another tourist trap!

So have you ever been to Edinburgh? Did you find any great photo opportunities that I haven’t listed? Let me know in the comments below!

As I was in Edinburgh for a pretty short amount of time I didn’t have a chance to visit (or photograph) everywhere.

Some other Instagrammable places that you might want to check out include Arthur’s Seat, Princes Street Gardens, Scott Monument, St Giles’ Cathedral, The Meadows, Royal Botanic Garden of Edinburgh, Leith, The Forth Bridge, and the Pentland Hills. 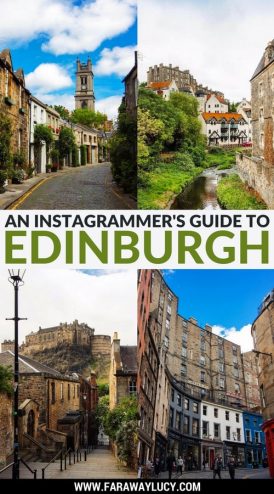 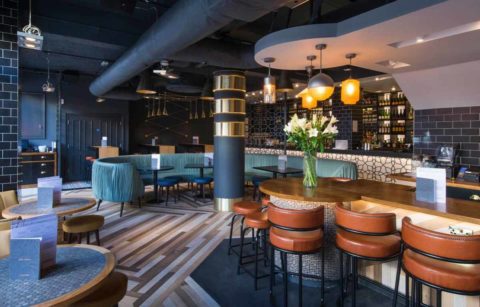 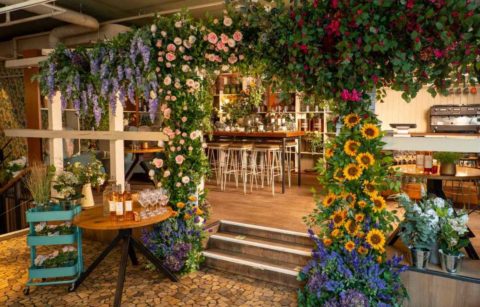 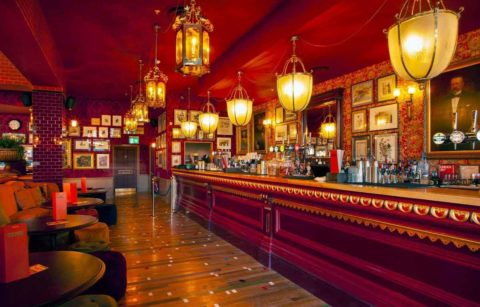