How to Spend 48 Hours in Belfast

Belfast is Dublin’s edgier, less touristy and more political older brother. The city just oozes ‘cool’. It is much more built up and less in-your-face Irish (despite what the photo above may lead you to believe). The city is littered with quirky restaurants, independent cafes and politically charged murals. If you’ve ever visited Berlin, Belfast exudes the same creative vibe. And it all comes down to one similarity: a turbulent history.

Gaz and I flew from Birmingham to Belfast with EasyJet for less than £40 return each (using flight vouchers I already had) and stayed at Belfast’s cheap and cheerful International Youth Hostel. We stayed in a private room because I’m struggling at the moment and need my space, so this was a little pricier than a normal hostel room at £42 each for the weekend. On our first day in Belfast, we explored the Northern Ireland countryside and on our second day, we explored the city itself! So without further ado, here is my 48-hour guide on what to see and do in Belfast. 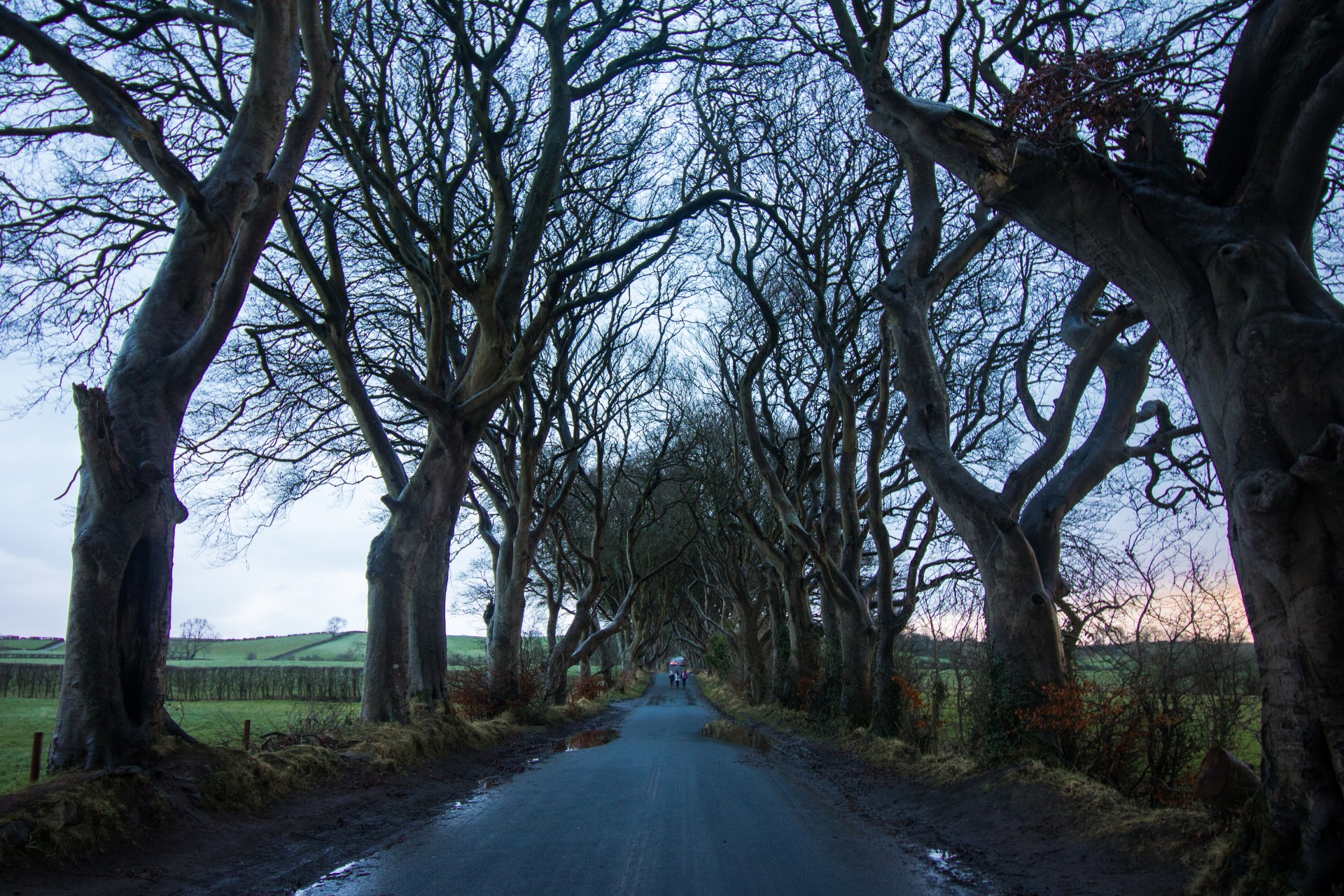 I won’t ramble on about the Game of Thrones tour too much as I already have a whole post written about it. But if you are a big GoT fan you simply cannot visit Northern Ireland and not see the filming locations. The tour costs £35 and lasts from 9am to 6pm. You can book a seat on the tour using the button below! 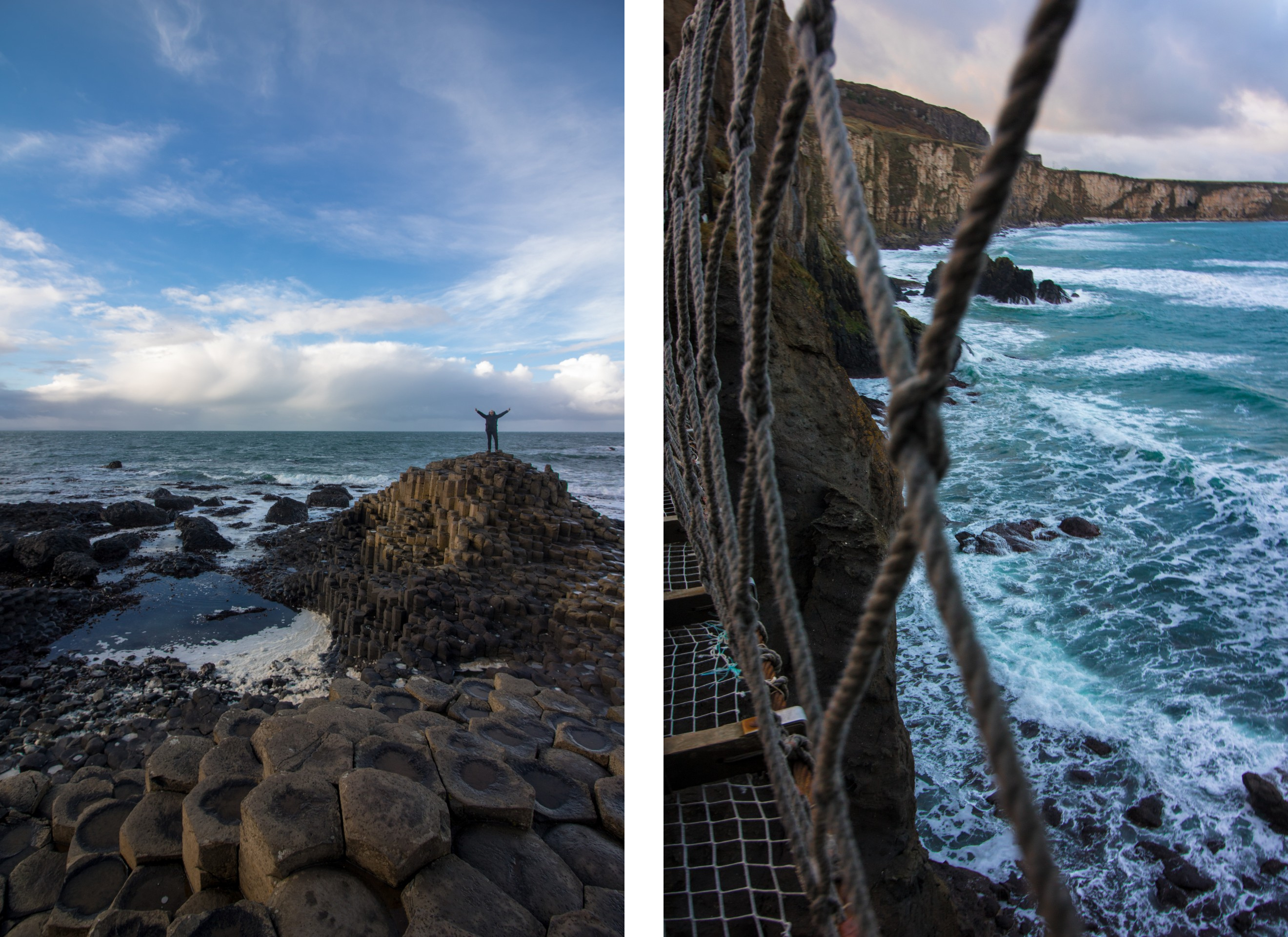 During the Game of Thrones tour, you stop off at Northern Ireland’s two most famous attractions: the Giant’s Causeway and the Carrick-a-Rede Rope Bridge. Even if you don’t go on a Game of Thrones tour these places are essential to visit on your trip to Belfast if you’ve never seen them before. They are roughly an hour and 20-minute drive away from the city, so either hire a car or join a tour because it’s time to walk in the footsteps of the giants.

Okay, you’ve seen most of Northern Ireland’s countryside now. So now it’s time for the city! Since we only had one day actually in Belfast, there are quite a few places we didn’t have time to visit, including the famous Titanic Belfast (the world’s largest Titanic museum), Queen’s University and the Botanic Gardens. To be honest, the weather really wasn’t on our side during this trip, probably because we visited in January but y’know. If you visit during the summer I’m sure there would be a lot more for you to see and do. But here are just a few things you can get up to in the city with less than 24 hours to spare. 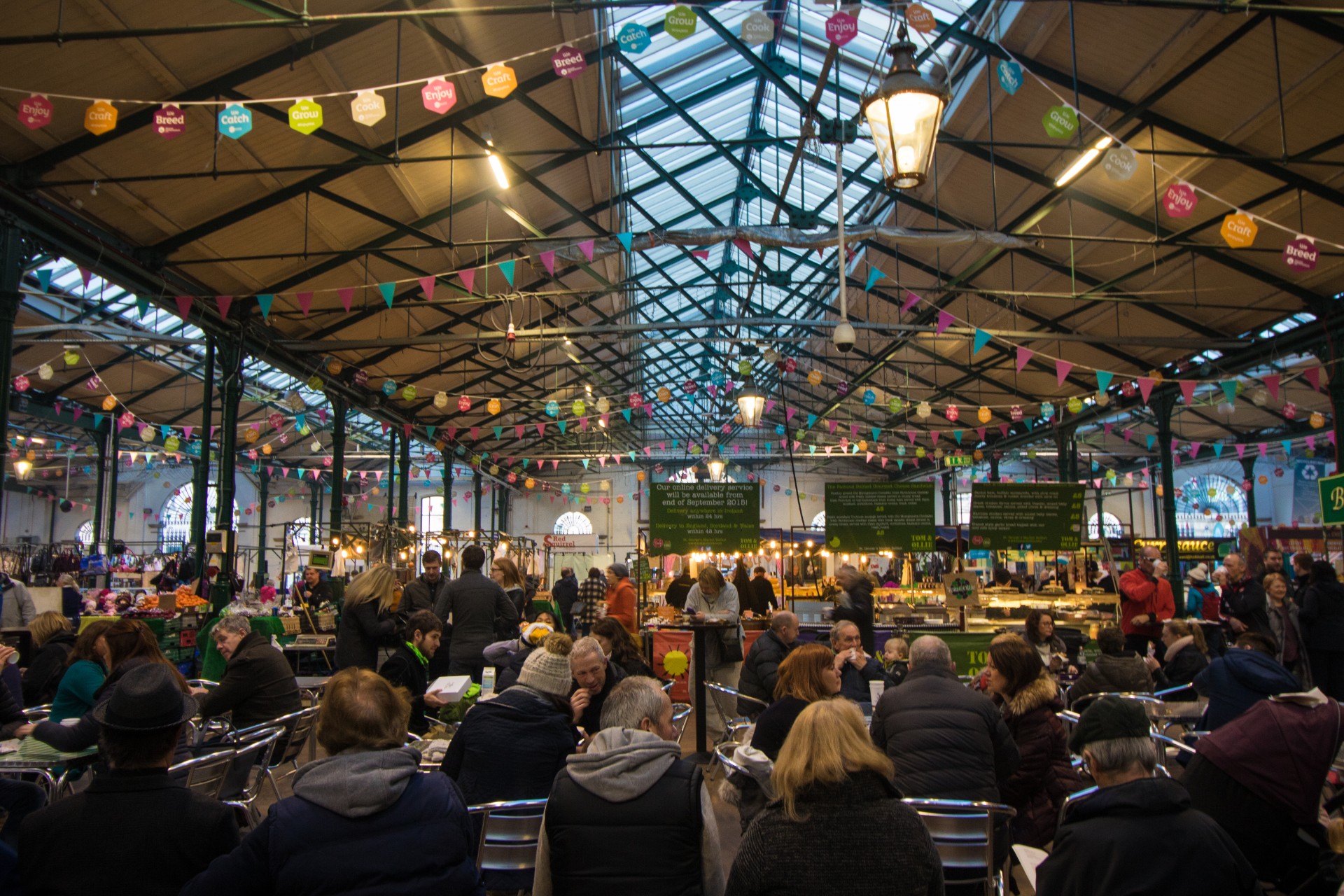 As our trip to Belfast was a weekend getaway, our second day in Belfast was a Sunday. And Sunday’s are of course the big day for markets! St. George’s Market is one of Belfast’s oldest attractions and recognised as one of the best markets in the whole of the UK. The Sunday Market places a special emphasis on local arts and crafts, speciality food and live music from local bands. Our student budgets didn’t allow us to buy anything but it’s a fantastic place to just wander around and soak up the atmosphere. 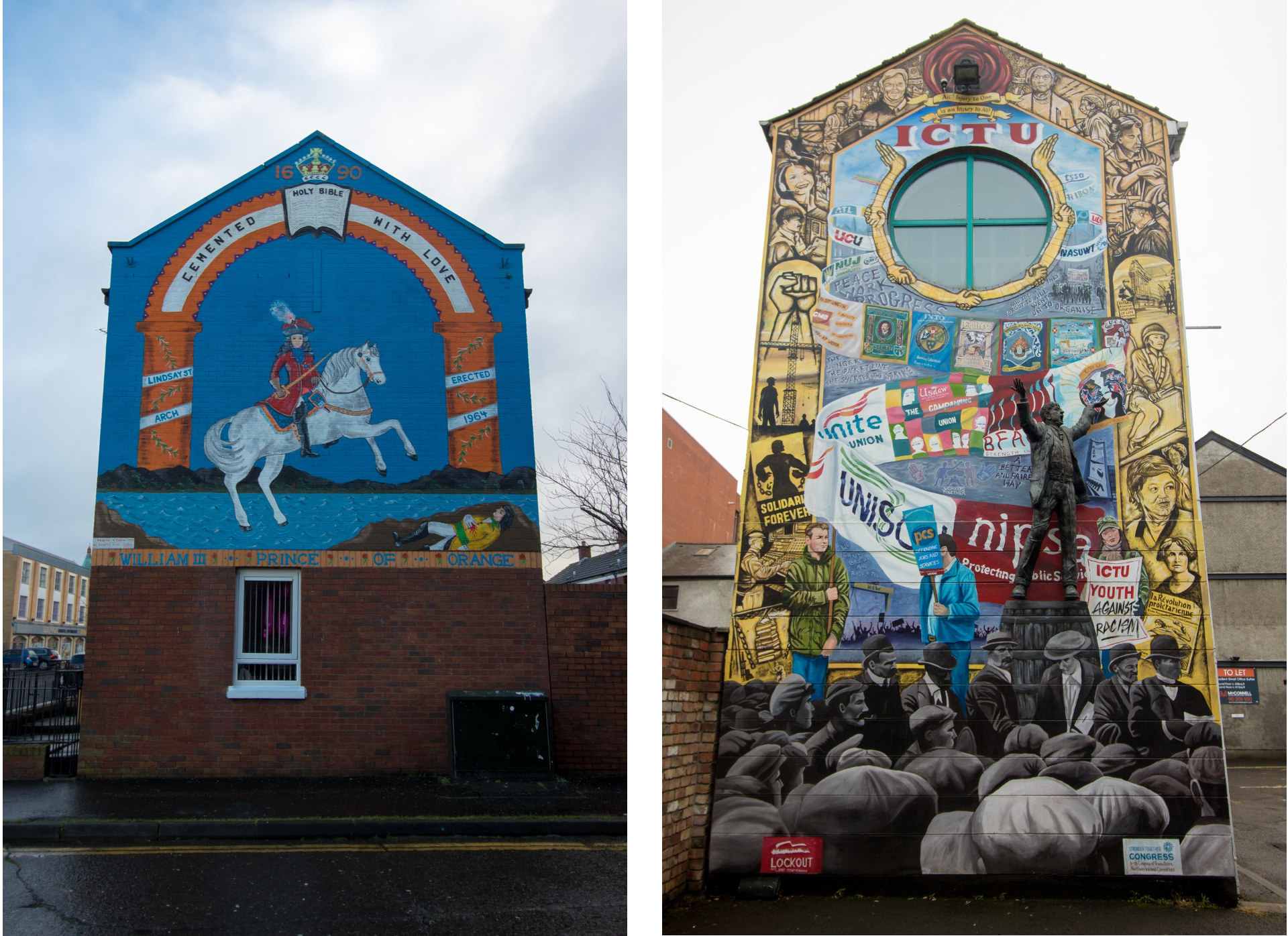 You can either Google locations of street art and find them yourself, join a tour (your hostel will probably have a free street art walking tour – or at least ours did), or you can just walk around the city and stumble across street art anyway. We opted for the last approach. We didn’t have time to go on a two-hour walking tour nor Google specific locations, but we found plenty regardless! My advice is to wander down side streets you wouldn’t normally go down (within reason – I’m not advising you to walk anywhere shady) and just if there’s any there. You learn a lot about Belfast through its murals: if the walls of the city could talk, they would tell us many stories… 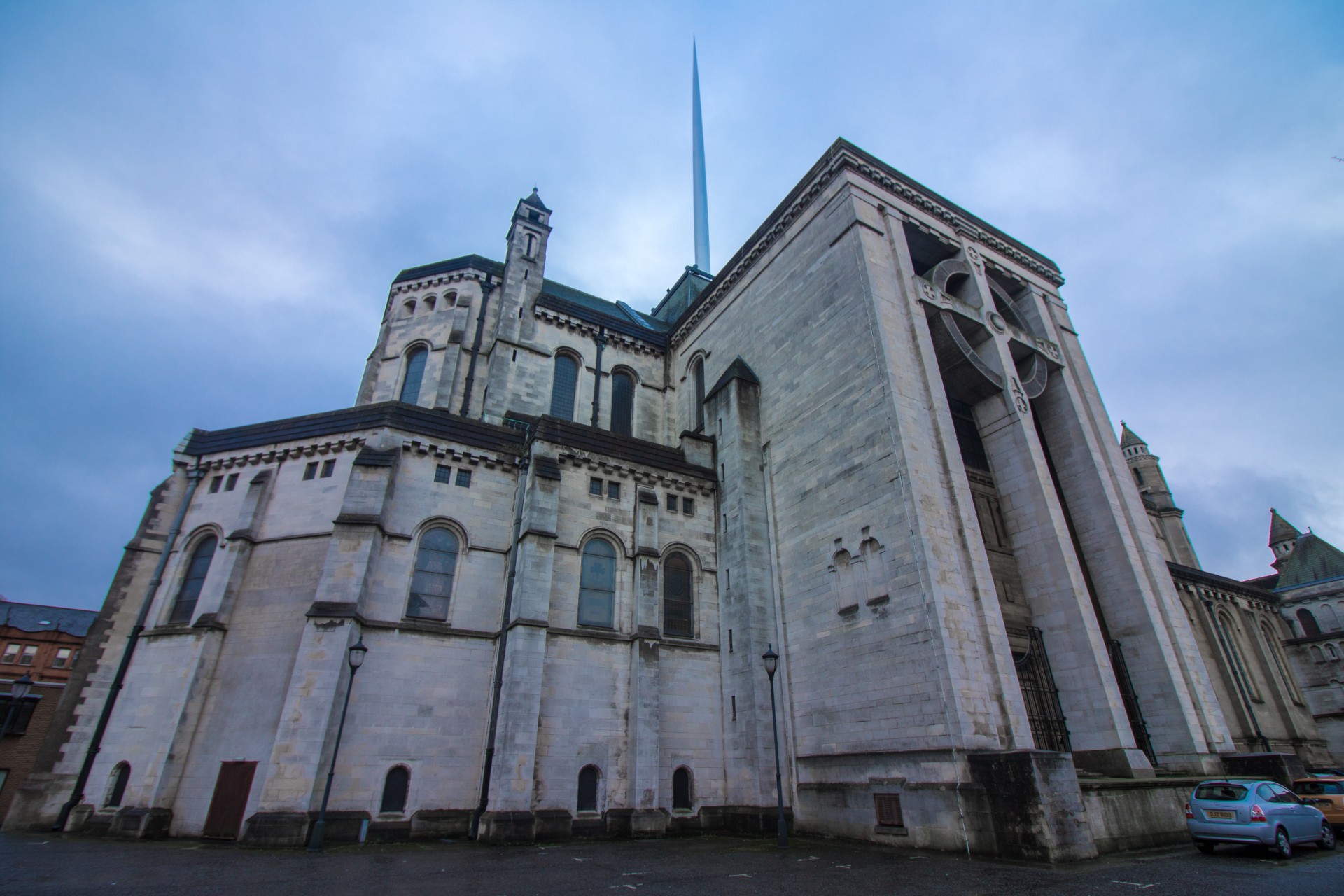 Unfortunately, a church service was on when we visited St. Anne’s Cathedral so we couldn’t take a look inside, but the outside is pretty impressive too. Cathedral Quarter, the area surrounding the Cathedral, is the most Irish looking quarter of the city. It’s basically what every single one of Dublin’s streets look like. You can expect to see fascinating architecture, narrow cobbled streets, lots of street art, and alleyways to explore. I can imagine Cathedral Quarter would be a great place to be on a Friday or Saturday evening, as it is bursting at the seams with cosy pubs, underground music venues and a host of contemporary restaurants. Unfortunately, we visited on a Sunday so nothing was open.

The Cinema (Don’t judge me) 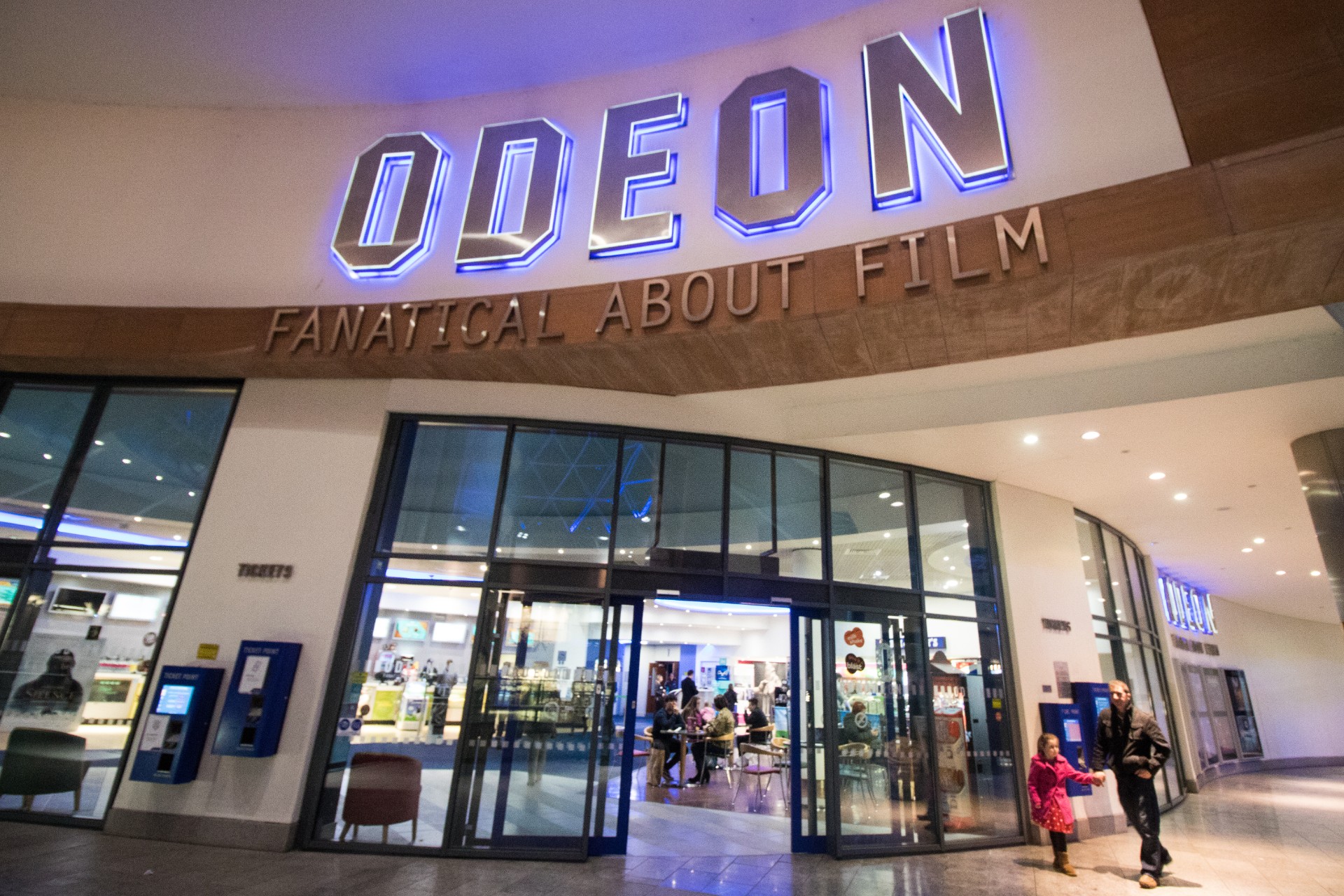 Alright, don’t judge me. I travelled to a new destination and went to the bloody cinema. But hear me out: the weather was crap, it was the only thing open and we were really tired from lots of walking and a long day before. Plus we barely ever go to the cinema at home (cause it’s so freakin’ expensive) so it was still a treat for us. We wanted to see La La Land but the times didn’t work out (I did end up seeing it a week later though and O M G, is it not the best thing ever?!). So instead we went to see Fantastic Beasts and Where to Find Them. As big Harry Potter fans, it was embarrassing that we hadn’t already seen it… The tickets were only £4.50, the cinema was practically empty and the film was fantastic*. Triple win! *pun intended 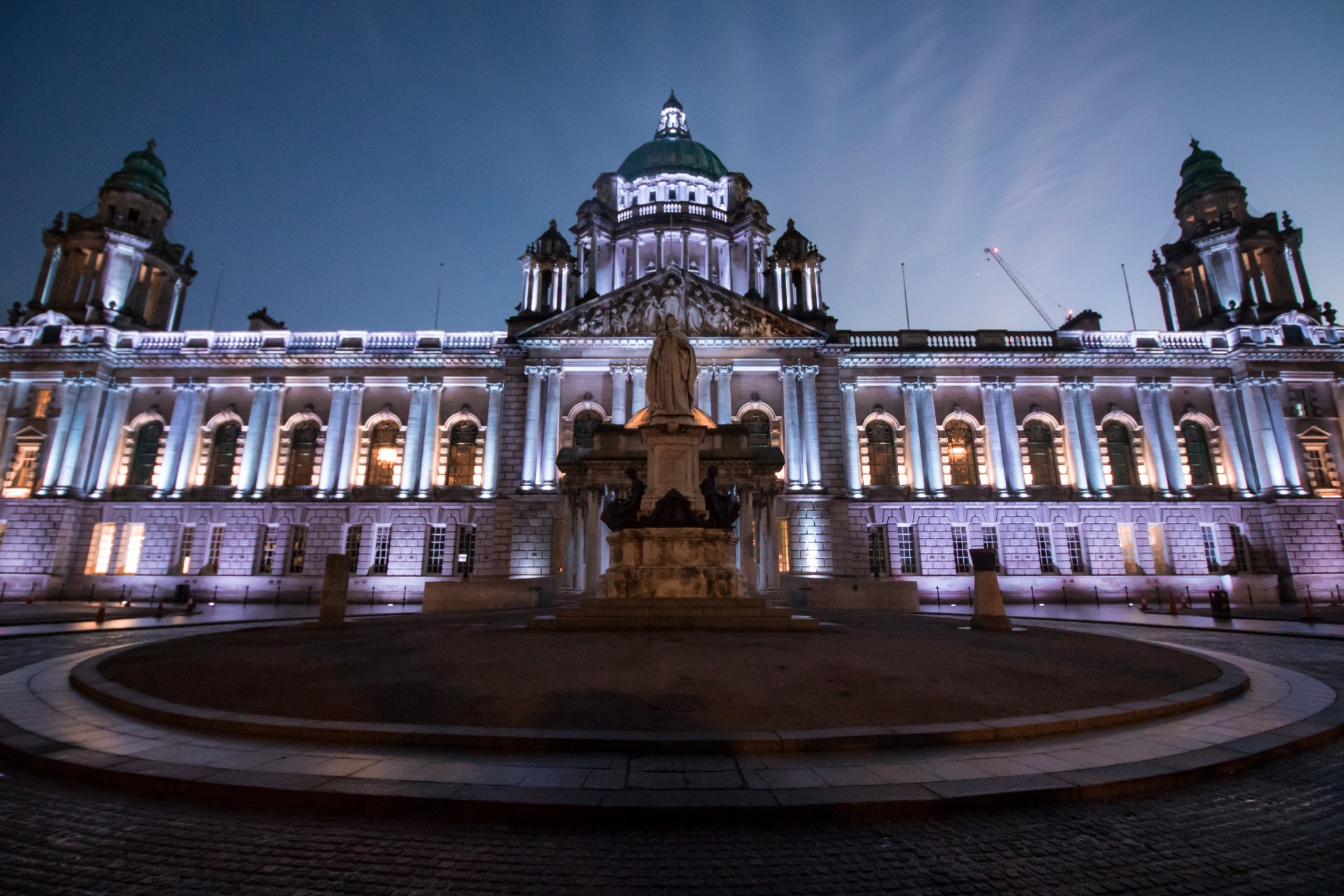 If you’re visiting Belfast you cannot miss City Hall. I’m not kidding, it is impossible to miss this beast of a building. I’ve seen a lot of city halls and parliamentary buildings along my travels, but this one was definitely at the top. City Hall is spectacular from every angle and is lit up purple at night which is pretty sweet. Although we didn’t have time to take a peek inside (this is a recurrent theme, I know), City Hall offers free guided tours which last approximately 45 minutes, allowing you to see the building’s finest features and various rooms.

The Dome at Victoria Square 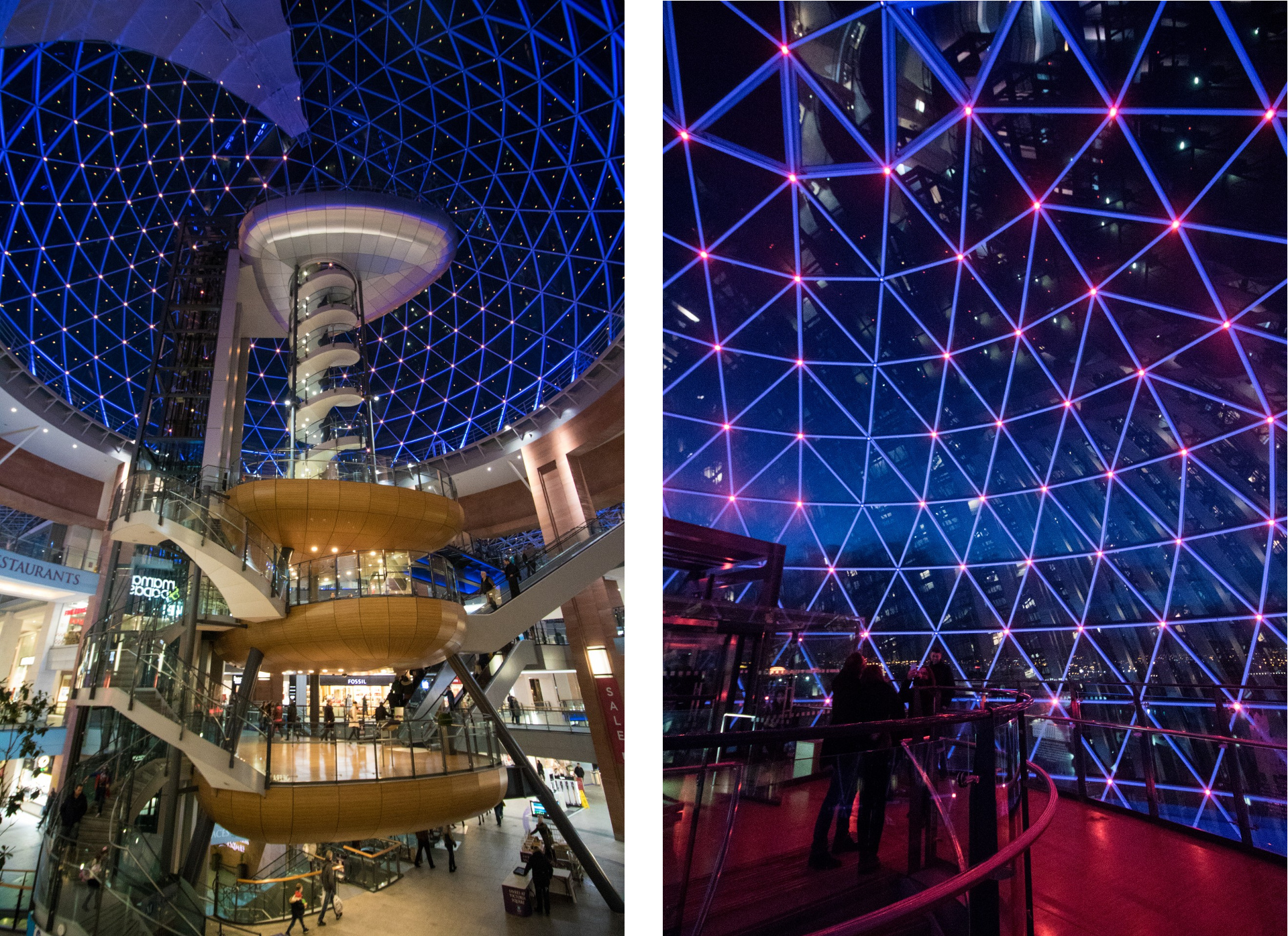 Last but not least, we have the Dome at Victoria Square. Victoria Square is the huge shopping mall at the heart of the city where you will find every chain restaurant in existence and the Odeon at the top of the mall. But at the top top of the mall, you will find the Dome, which offers panoramic views that stretch for miles across the city. Like City Hall, it is also lit up at night, but you can’t see too much when it’s dark. The Dome is free to visit; just hop in the elevator or take the spiral staircase up to the top! You’d never find something like this in Dublin… Belfast is a lot more modern.

So have you ever visited Belfast before? What was your favourite thing you got up to? I think 48 hours is definitely enough time to see the city, but there was still quite a few things we missed out on, so I’m sure I’ll be back soon… 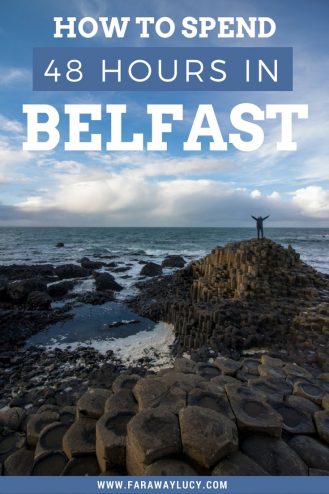 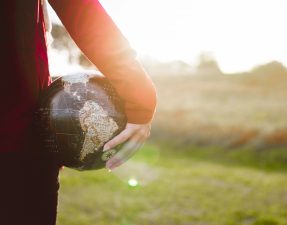 15 Life Lessons Travel Has Taught Me 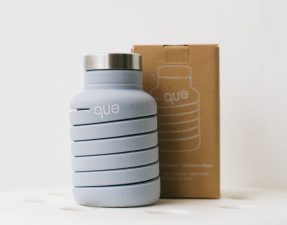 27 Best Eco-Friendly Travel Products That Will Change Your Life 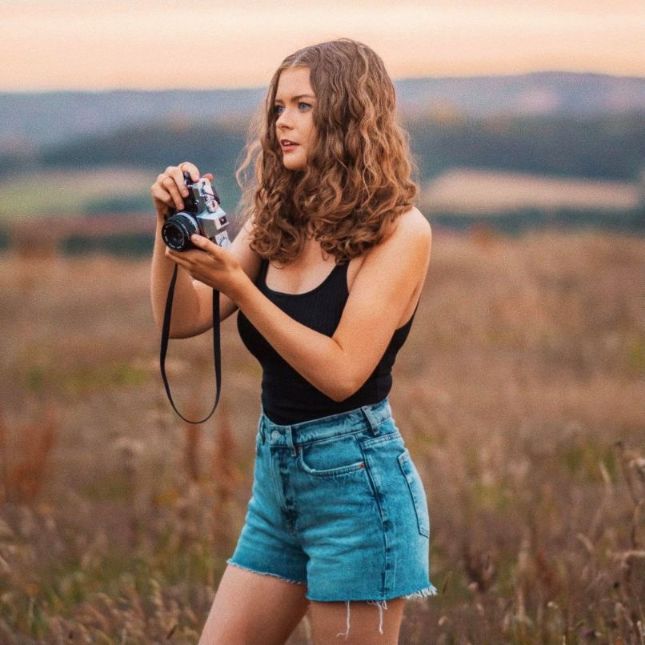 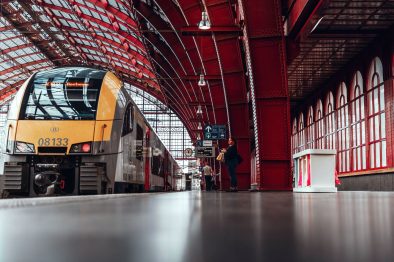 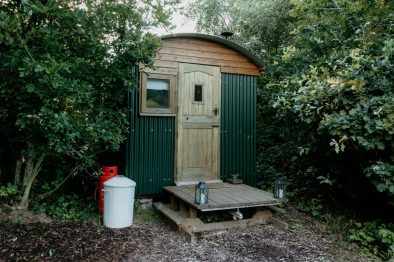 The Moon and I: The Best Glamping with a Hot Tub in Herefordshire 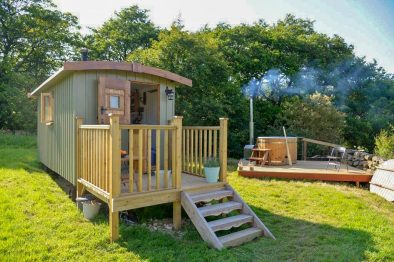 The Best Glamping Holidays with a Hot Tub in Yorkshire 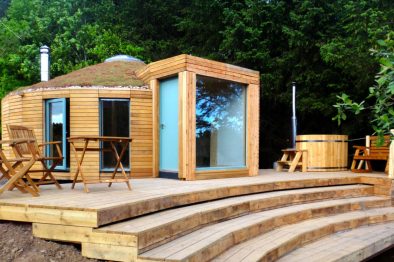 11 Amazing Glamping Holidays with a Hot Tub in Scotland

51 years ago
Faraway Lucy
Close Cookmode
X
Faraway Lucy uses cookies to give you the best possible experience. By using this website you agree to our Privacy Policy.Got it