10 Awesome Things To Do In North Island New Zealand

From exploring big city sights to journeying into the rolling hills of Middle Earth, North Island New Zealand has something for everyone. As I lived and worked in Wellington for a month, I spent more time on the North Island, despite New Zealand’s South Island attracting more tourists (I mean, have you seen Milford Sound?!).

That’s why I want to shake the stereotype that the North Island is a bit shit and show you exactly what it has to offer! Whether you’re an adrenaline junkie who wants to skydive and zorb their way around the country, or you’d rather sip on a glass of wine on a subtropical island, there are plenty of things to tick off your New Zealand bucket list in North Island New Zealand. 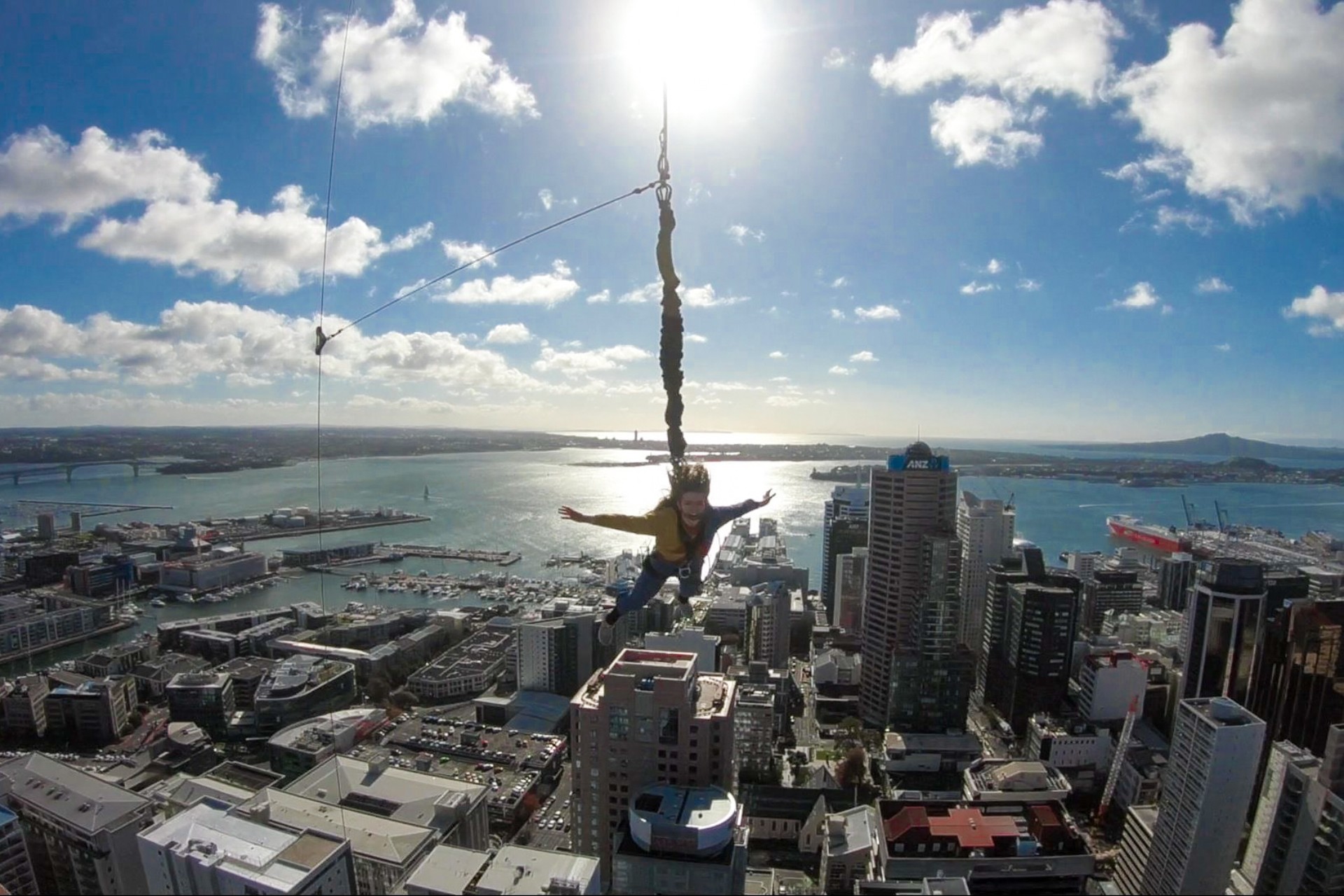 Jumping off Auckland‘s Sky Tower was the first thing I did upon arriving in New Zealand, aside from sleeping the jet lag away. So naturally, it had to be the first thing on this list too!  The Sky Jump is New Zealand’s highest jump at a whopping 192 metres and its only base jump by wire. Tickets cost £115 and your ticket allows you to go back up the Sky Tower anytime on the day you jump. This means you can appreciate the view without thinking about the fact you may be hurtling towards your death. If you don’t quite fancy throwing yourself off the tower just yet, you can opt to do the Skywalk instead where you walk along a narrow walkway around the outside of the Sky Tower at 192 metres high. You’ll get spectacular 360° panoramic views of Auckland, its hills, the harbour and the islands beyond! 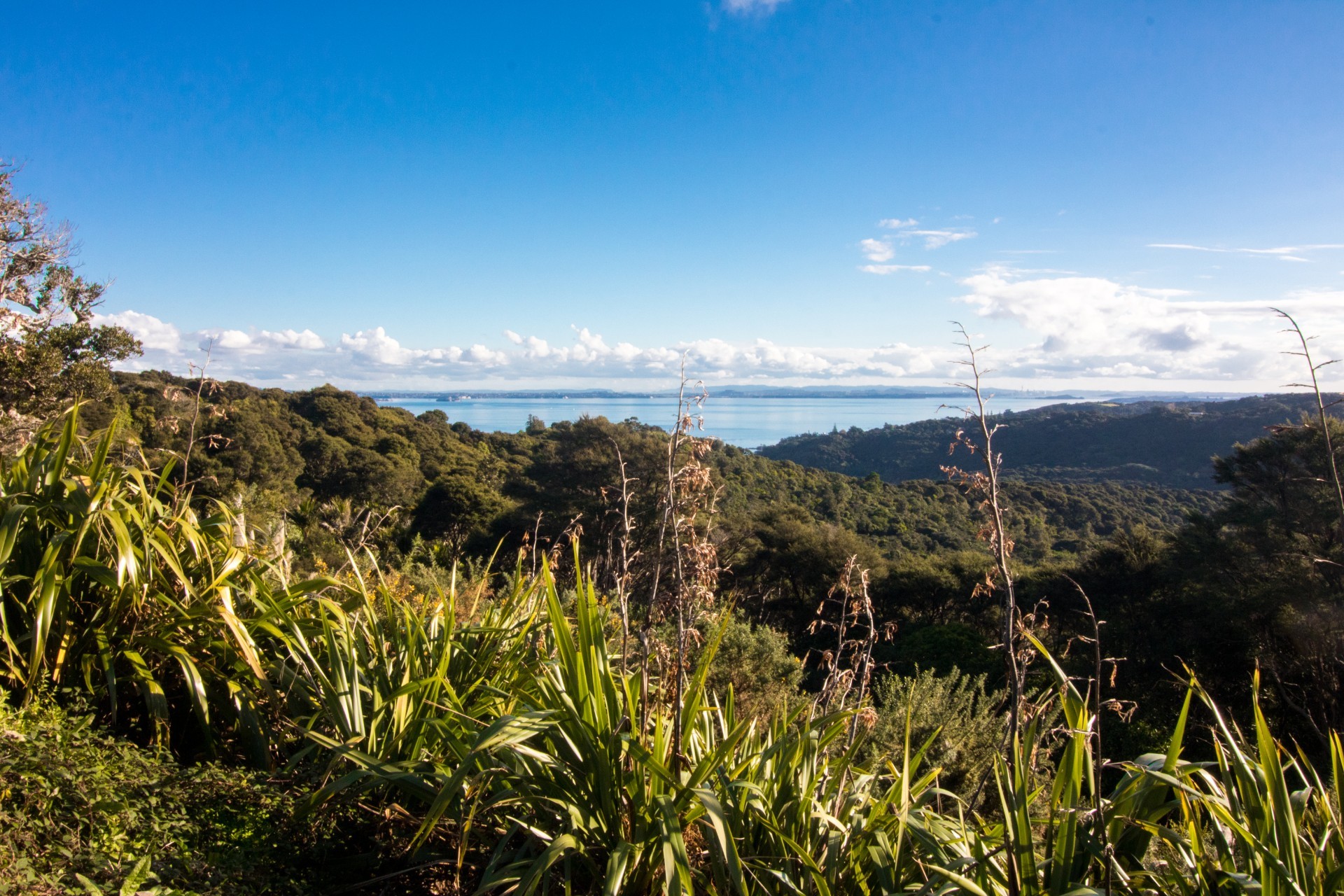 Catch a 40-minute ferry from the Auckland CBD for some wine tasting on Waiheke Island, a subtropical island located in the Hauraki Gulf. With more than 20 vineyards and wineries, there is something to suit every taste, (if wine is your choice of poison, that is…). However, even if you’re not a fan of wine Waiheke Island boasts 92 square kilometres of pristine beaches, stunning coastal headlands, seaside villages and even ziplines too! Most wineries also offer gourmet meals so if you prefer eating your calories rather than drinking them, don’t worry, your stomach won’t suffer. Tickets cost £31 in total for the ferry ride and bus tour. Unfortunately, you need to pay for some sort of public transport like this bus tour as the island is too big to get around on foot. 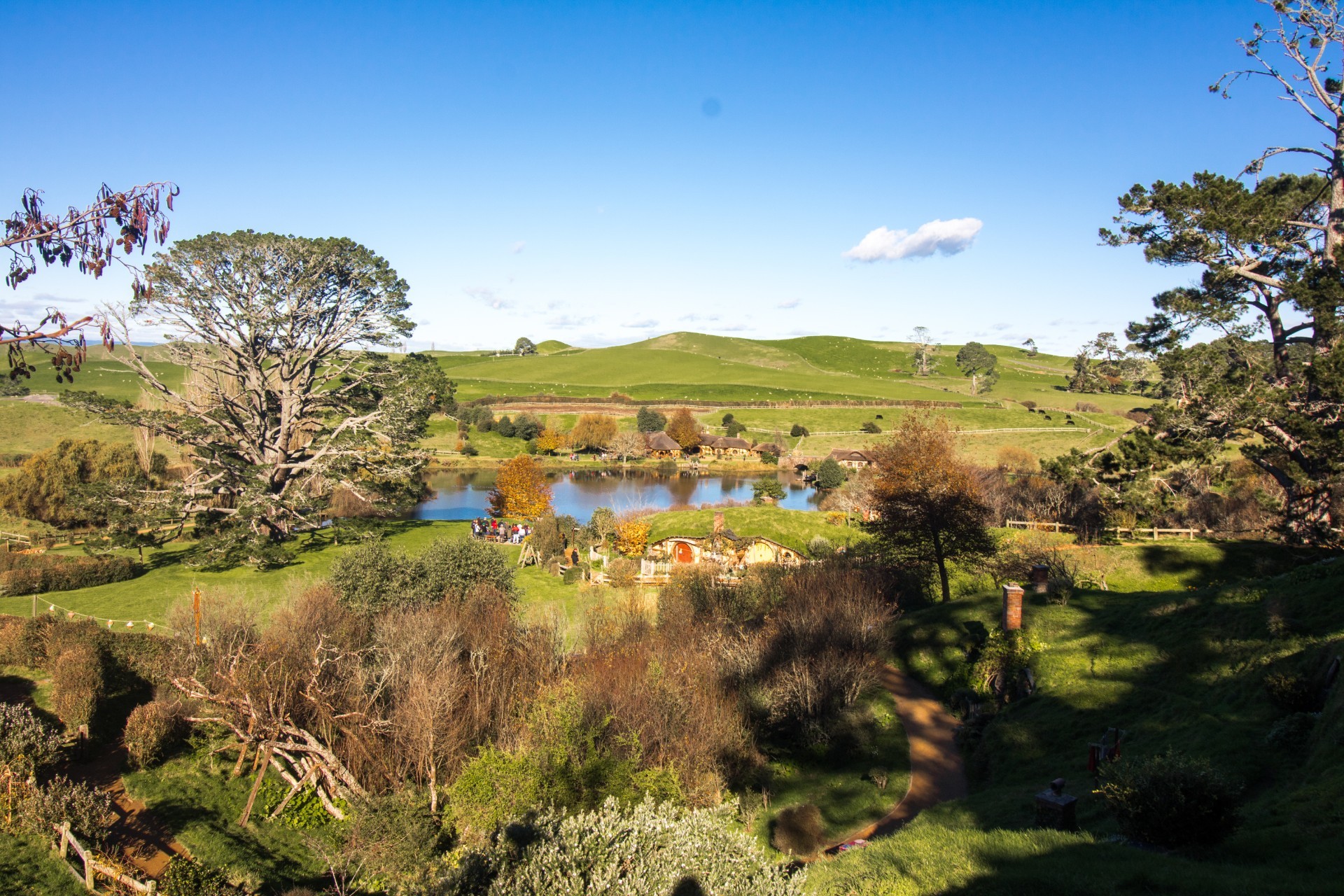 New Zealand is synonymous with Lord of the Rings. And if you’re anything like me, you’re a big fan of the franchise. I booked a day trip to Hobbiton from Auckland with InterCity for £80, leaving the Sky City Bus Terminal at 8 am and returning to the same spot at 7:30 pm. You have to go around Hobbiton with a tour guide and the tour lasts around two to three hours in total. There are over 44 hobbit holes in Hobbiton including the famous Bag End and Sam and Rosie’s house. After exploring the site, the final stop on the tour is The Green Dragon Inn where you each get a free drink (I went for the apple cider), which is much welcomed after walking up and down and all around. 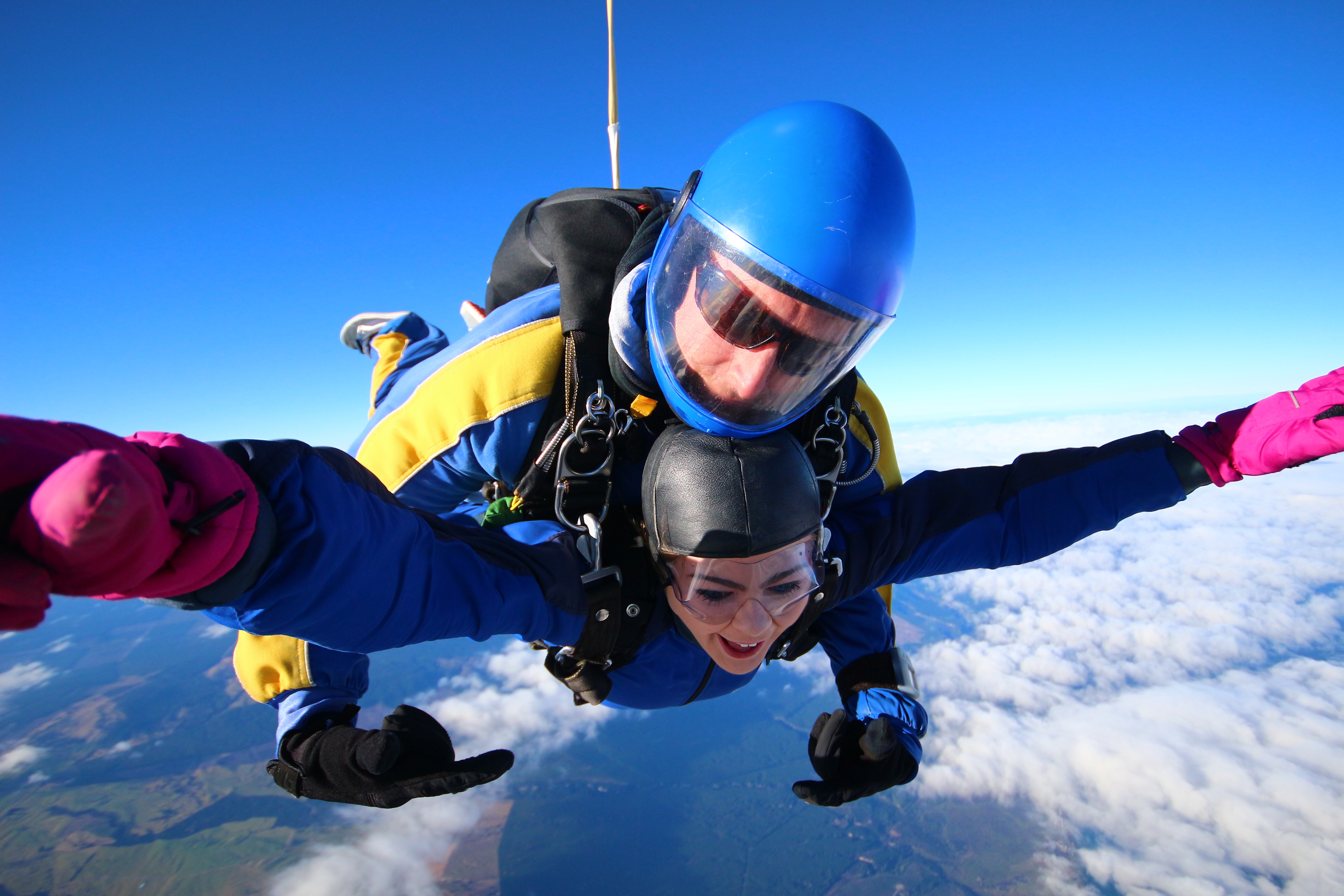 New Zealand may be known for bungee jumping but skydiving is just as common here. This country bloody loves its adventure sports, let me tell you. Now I’m sure skydiving is a blast wherever you do it but skydiving over the beautiful Lake Taupo? Now that is nothing short of incredible. I’d say it’s worth it for the views alone. I skydived from 15,000 feet with Skydive Taupo which gave me 60 seconds of freefall. Prices start at £142 but can reach as high as £335 once you’ve thrown in various camera packages and extras. 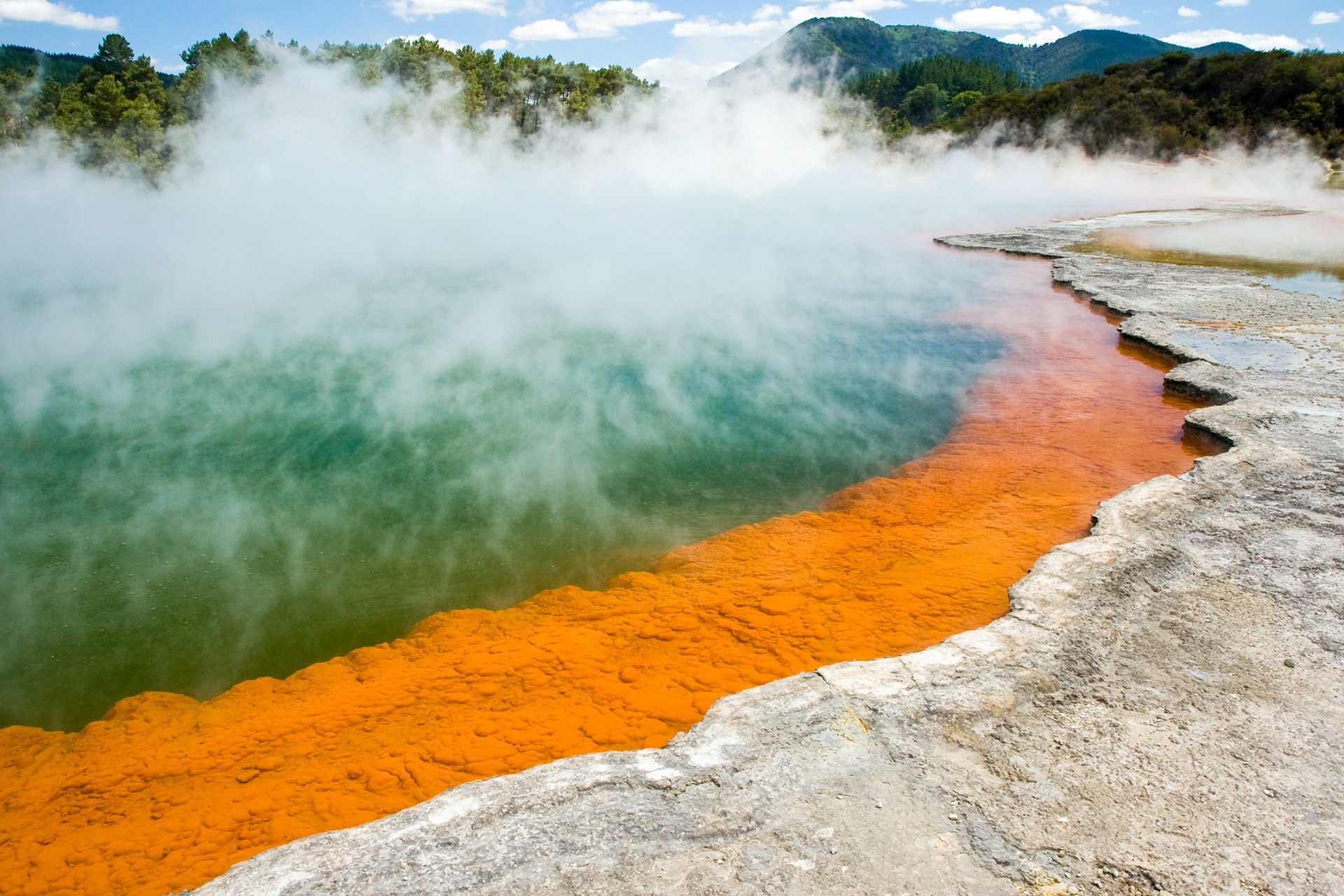 New Zealand is literally a hotbed for geothermal activity. Although hot springs can be found all over the country, North Island New Zealand, and specifically the region between Rotorua and Taupo, has the highest concentration of geothermal activity. We’re talking all the hot springs, geysers, silica terraces, sulfuric pools and bubbling mud in the world. Some of the best places to see this colourful yet smelly magic in North Island New Zealand are Wai-O-Tapu, Te Puia, Orakei Korako, Waimangu Volcanic Valley and Craters of the Moon. Eat your heart out, Iceland! 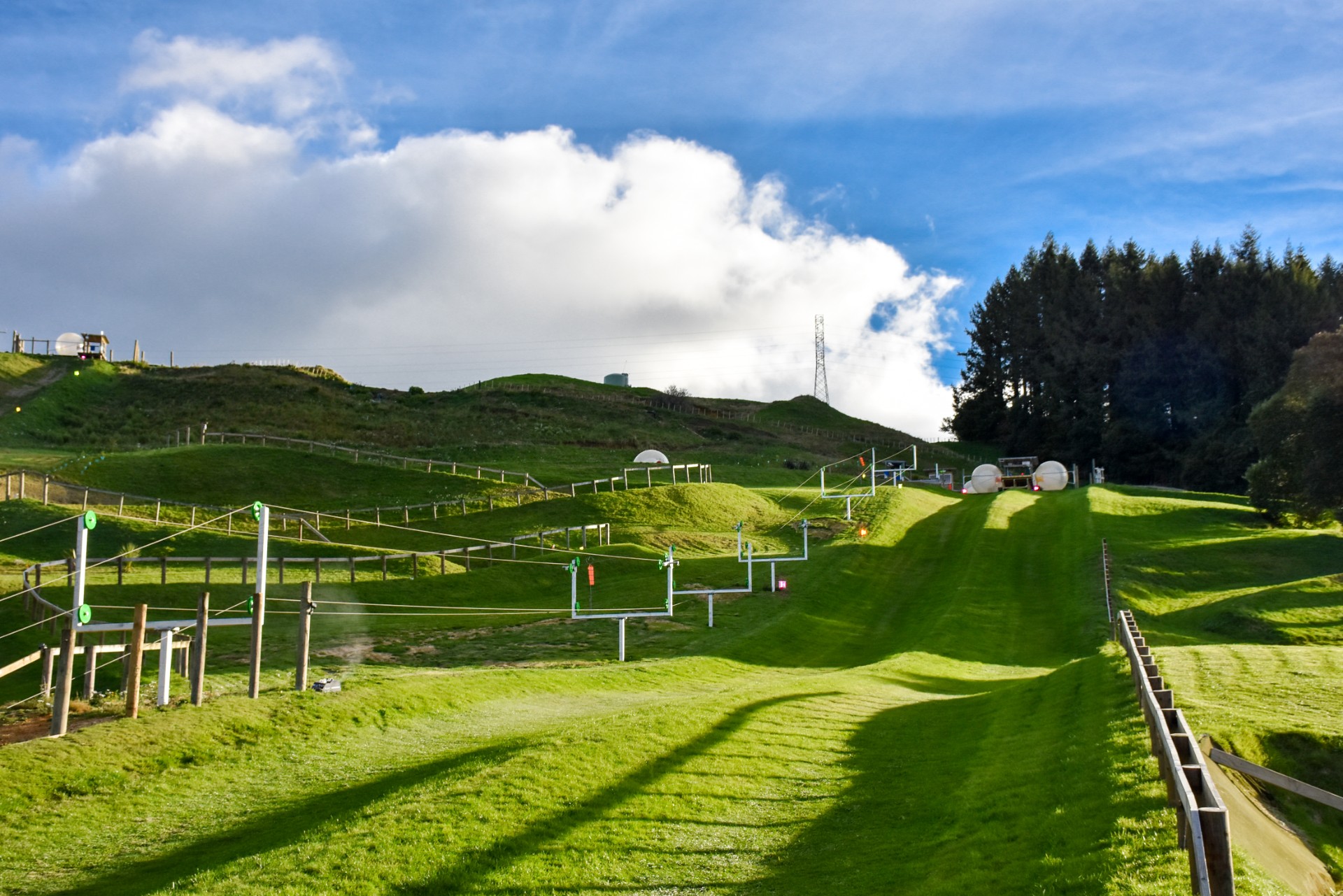 I don’t think anyone could ever laugh as hard as they will when rolling down a hill in a fuck off massive hamster ball. There are really no words to describe just how much fun zorbing is. But I guess that just means you’ve got to try it out for yourself, eh? We zorbed with OGO Rotorua, the world’s largest downhill ball rolling park, owned and operated by the original inventors themselves. Yes, that’s right. Zorbing was born right here in North Island New Zealand in 1994. There are four different tracks you can go on: the 250m Dual Straight tracks, the 350m Sidewinder track, or the new 300m Mega Track and 300m Big Air Track. You can do as many or as few of them as you wish, dry or with water in the ball. We opted for the Sidewinder track with water and I couldn’t recommend it more!

READ  How to Spend Three Days in Auckland 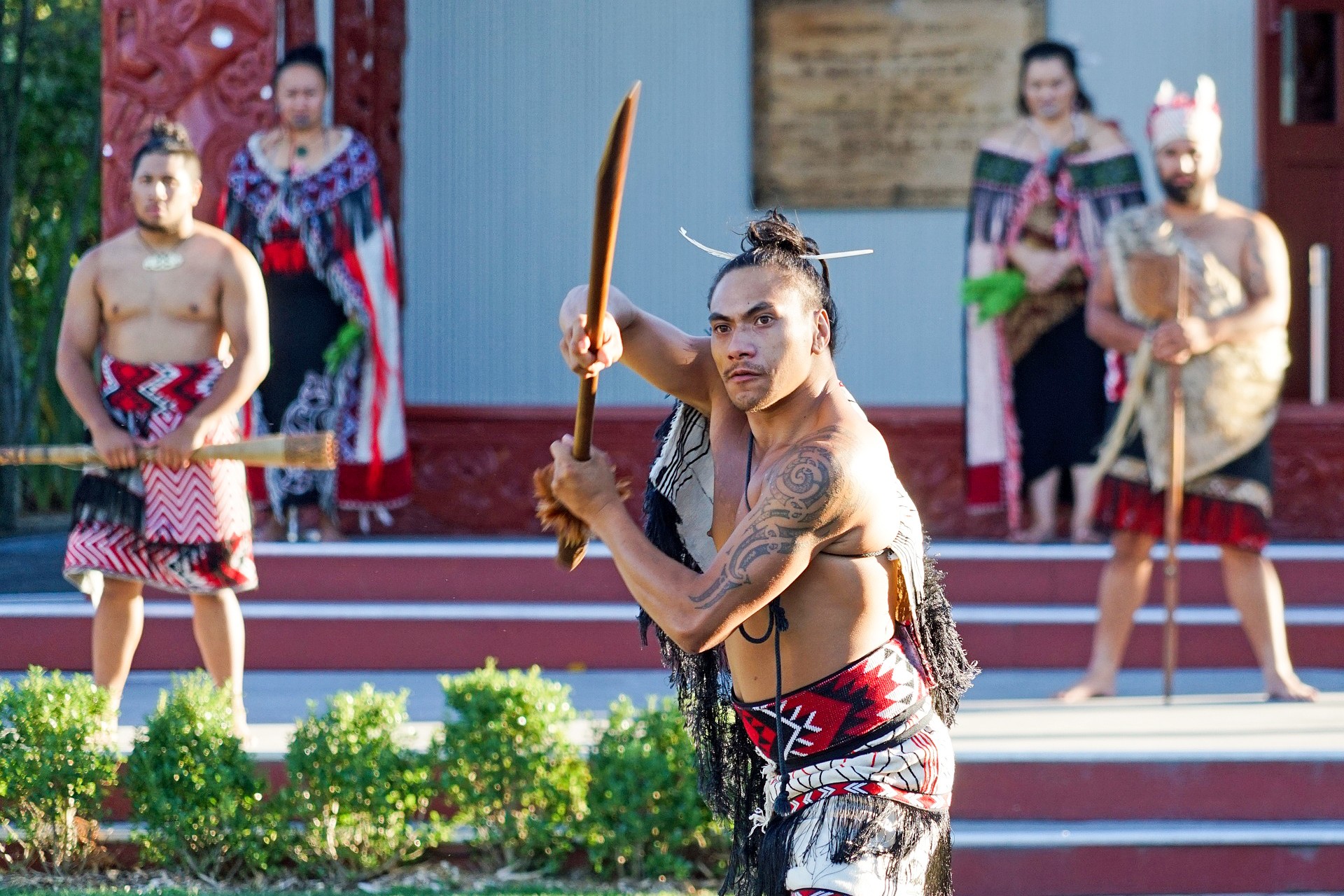 As touristy as it may seem, partaking in a Maori cultural experience is vital when visiting North Island New Zealand. It helps you to appreciate and understand the culture far better, and it’s also a right good time too. Rotorua is THE place to go for Maori culture and there are so many places within the town where you can find it. We visited Te Puia as part of our study abroad programme where we got to see a ceremonial performance and traditional Maori architectures, carving and weaving. Whilst I can’t vouch for other centres, other places in Rotorua where you can experience Maori culture include Mitai Maori Village, Tamaki Maori Village and Whakarewarewa. 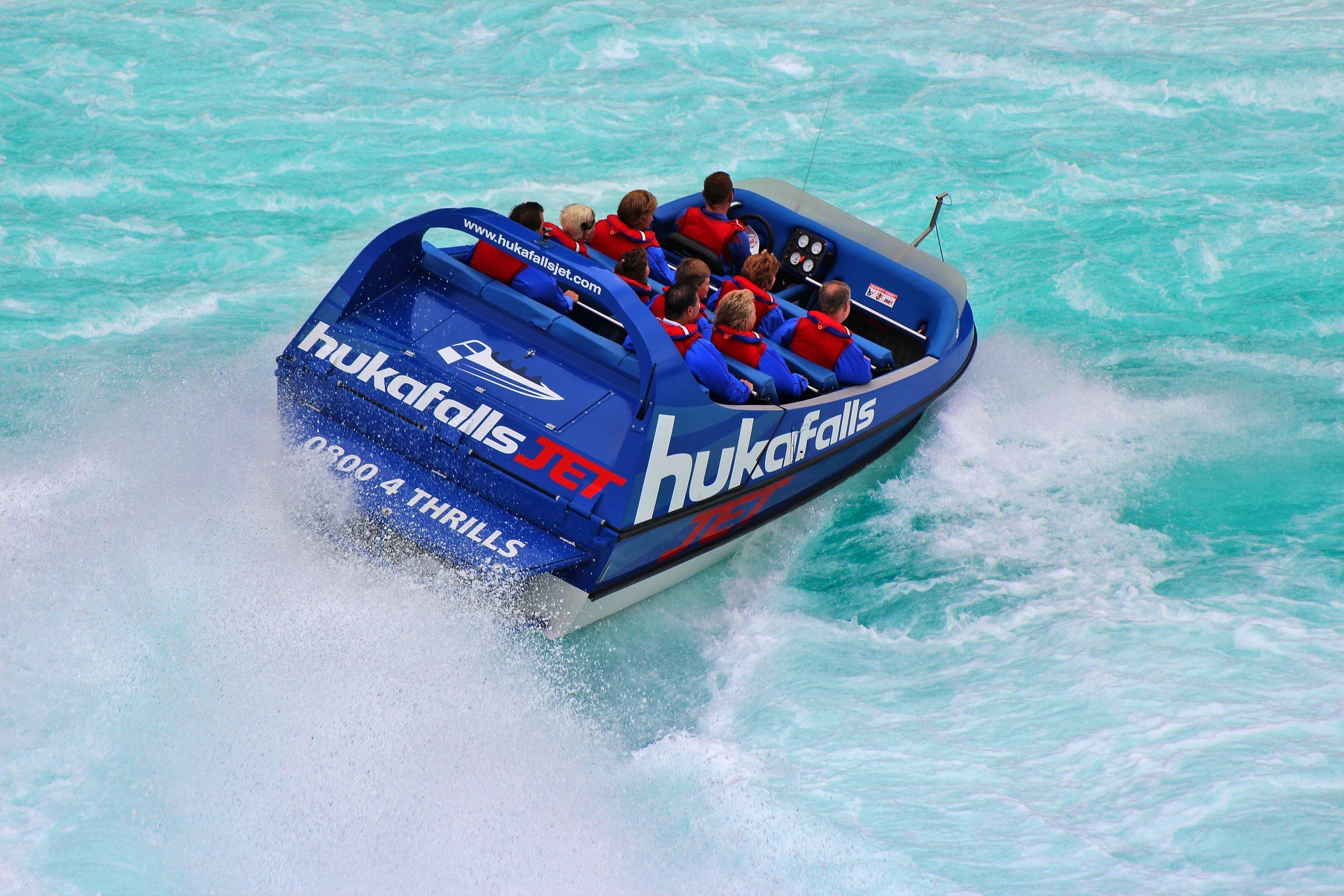 By now we know that New Zealand is paradise on earth for adventurers and adrenaline junkies. And visiting Huka Falls is no exception. Huka Falls is an eleven-metre high waterfall in Taupo, where the water is a crystal clear turquoise all year round. Whilst you could walk or cycle around the falls, why not jetboat down them instead for unique water-level views? Racing at 80km an hour whilst doing 360-degree spins is sure to leave any visitor’s heart pumping with adrenaline. 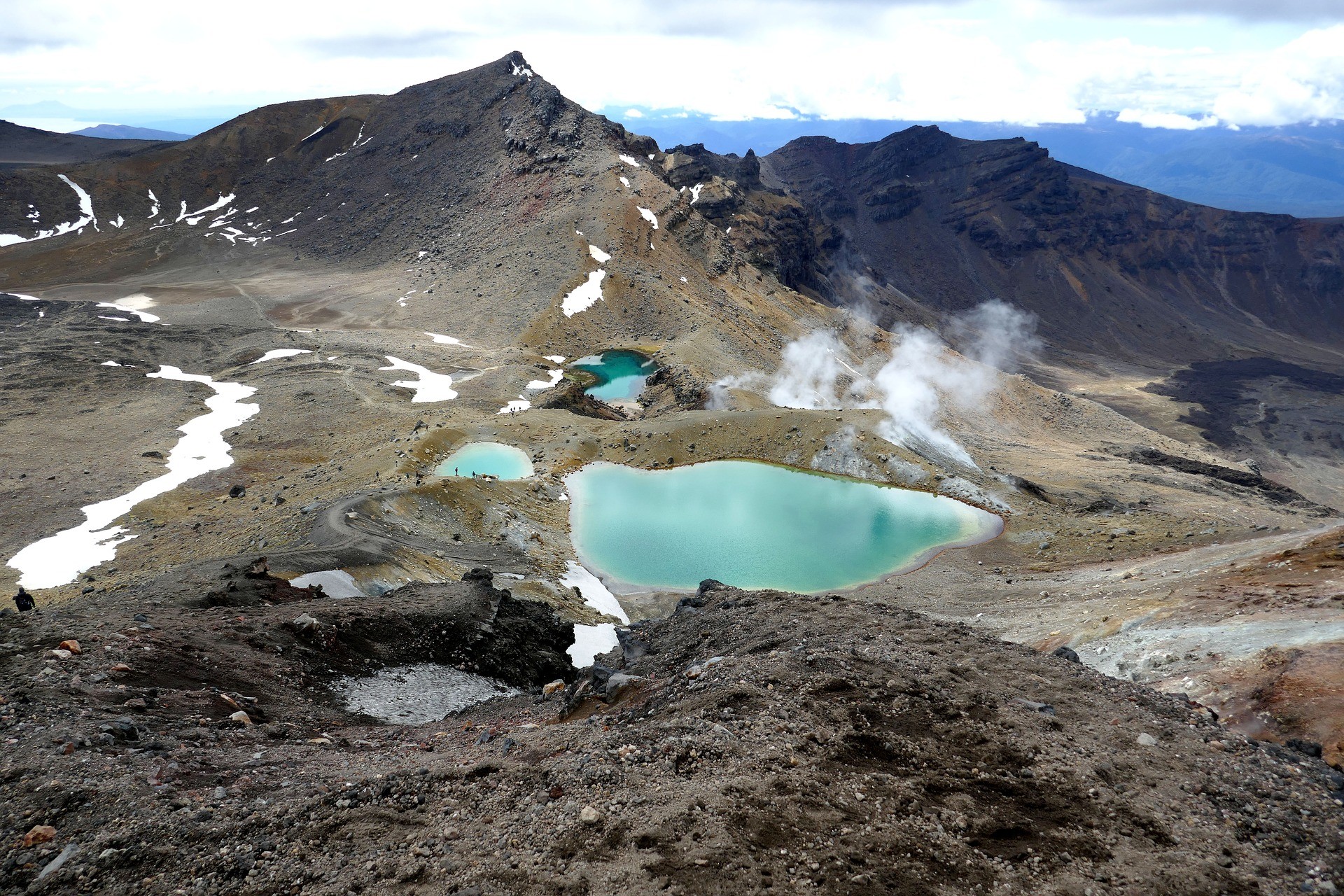 Alternatively known as Mordor, and the home of the Dark Lord Sauron, Tongariro National Park is New Zealand’s oldest national park and a dual World Heritage Site. This 12-hour hike is one of New Zealand’s most popular day hikes and offers some pretty spectacular views over volcanoes and emerald green lakes. If you are not up for the challenging hike, or you are visiting North Island New Zealand in Winter when the weather is just a tad precarious, even driving through the National Park is bloody beautiful. Or if skiing and snowboarding are more up your street, why not hit the slopes instead? 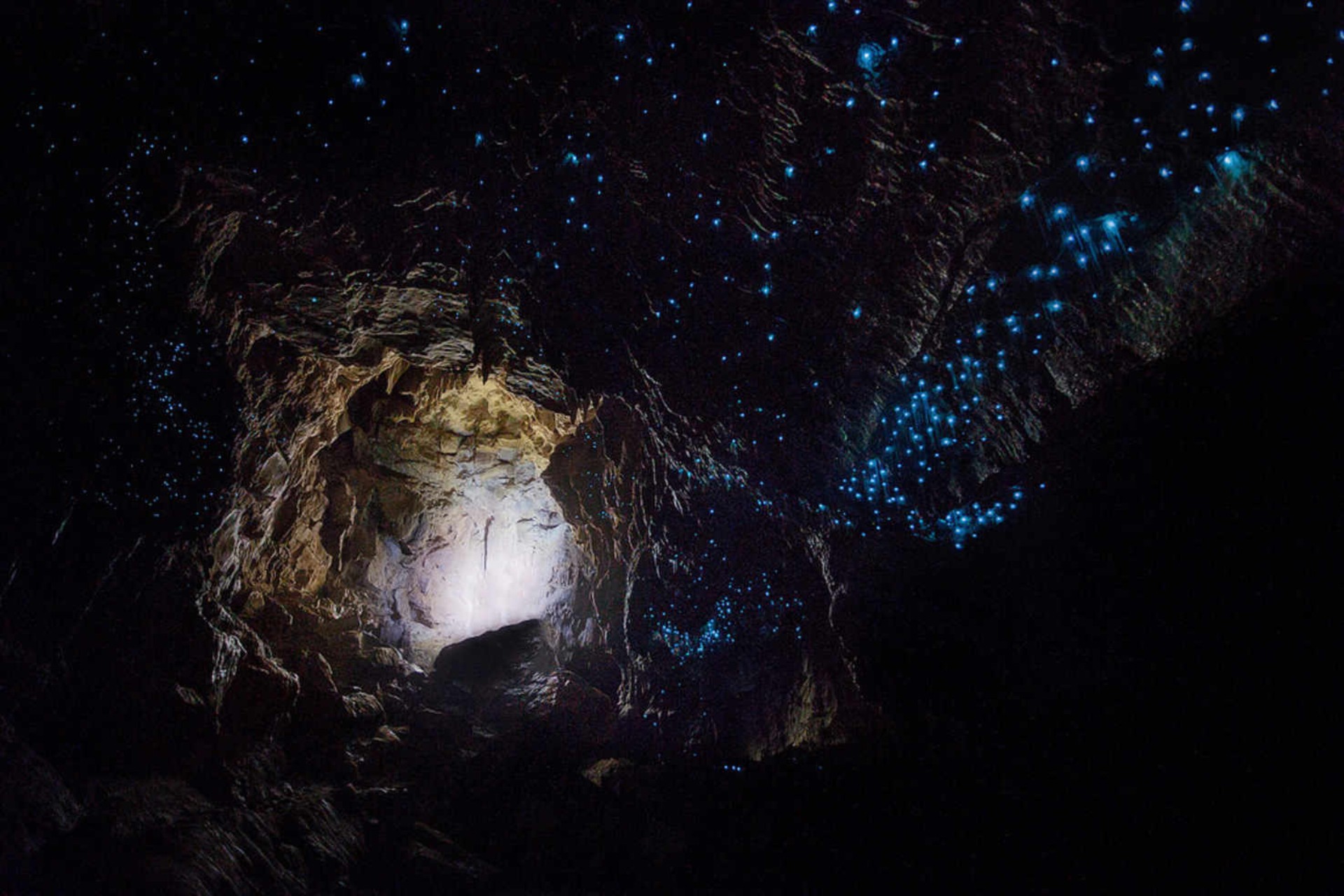 Waitomo is famous for one thing and one thing only. Worms. And no I’m not talking your average run of the mill earthworm. I’m talking magical glow worms. Waitomo Caves is one of North Island New Zealand’s most iconic tourist hot spots. Here you will find thousands of glowworms unique to New Zealand radiating luminescent light through the caves. For an extra fun adventure, go black water rafting, “the most fun you can have in the dark”, through the caves.

READ  What to Pack for Two Months in New Zealand's Winter

Have you ever wanted to visit North Island New Zealand? Hopefully, this post has convinced you that it should be right at the top of your bucket list! 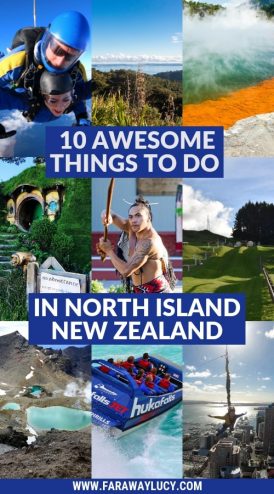 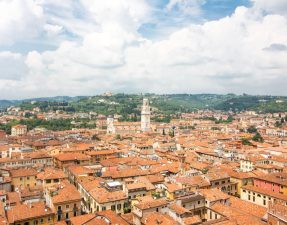 The Best Way to See Verona in One Day 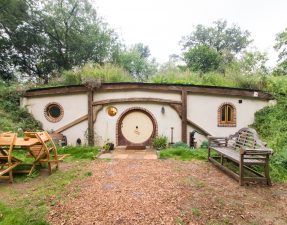 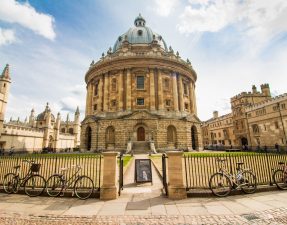 How to Spend One Day in Oxford: Best Things to Do 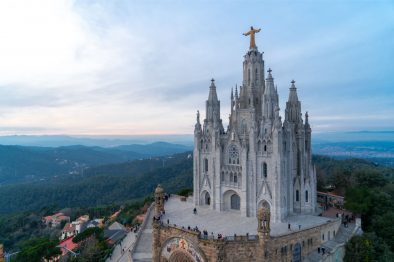 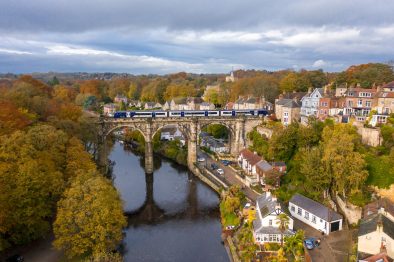 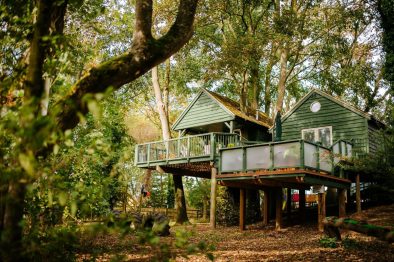 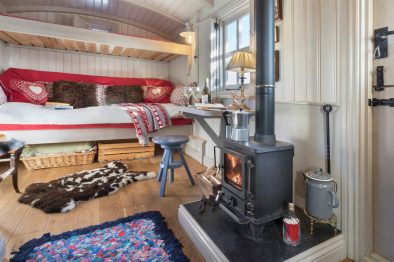 The Most Beautiful Shepherd’s Hut in the Lake District

50 years ago
Faraway Lucy
Close Cookmode
X
Faraway Lucy uses cookies to give you the best possible experience. By using this website you agree to our Privacy Policy.Got it