9 Great Reasons Why You Should Visit Mechelen, Belgium [2022]

Mechelen may not be at the top of your list of European cities to visit but don’t worry, it soon will be.

Up-and-coming and with a whole lot of character, there are so many great reasons to visit Mechelen.

From the history and stunning architecture to the festivals and Belgian beer, here are some of my favourite things about the city!

Faraway Lucy was welcomed as a guest of Visit Mechelen and Visit Flanders; however, as always, all opinions are my own. 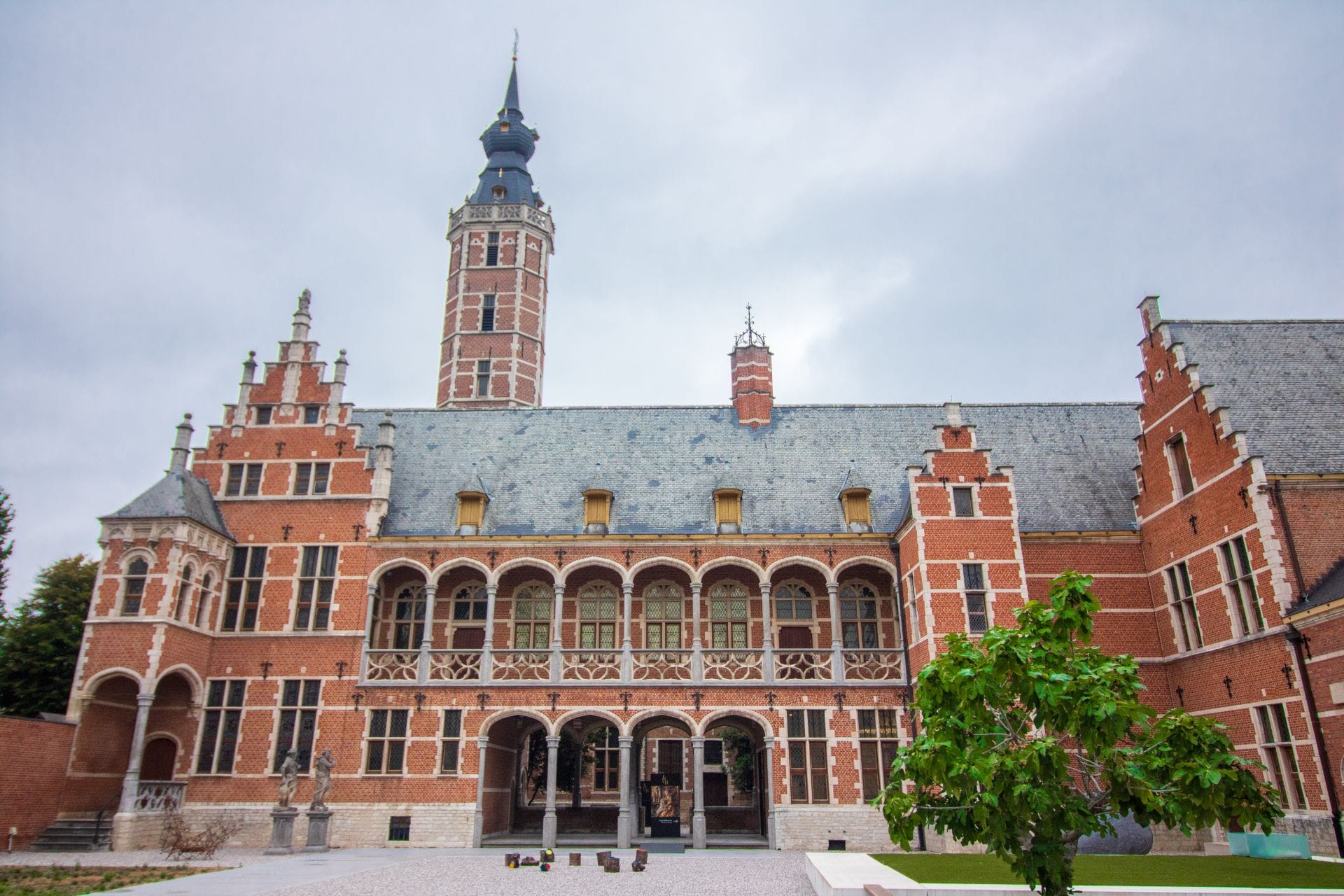 If history is your thing, you’ll love Mechelen.

This city is filled with the stuff. Inhabited since as long ago as the Iron Age, the city today speaks to a long history, especially to many wars.

The best place to sharpen your knowledge of this little-known Belgian city is Museum Hof van Busleyden.

Taking you on an interactive journey to the fifteenth and sixteenth centuries, the museum will show you how the city is still influenced by its magnificent past.

Kazerne Dossin is also well worth a visit. Remembering some of our darkest hours, this memorial and museum explores the history of Mechelen in World War II.

During the war, Mechelen was the centre of deportation to Auschwitz where nearly 26,000 people were deported from the city. Kazerne Dossin beautifully celebrates the brave few who stood up against the oppression.

But you don’t need to seek out specific attractions to discover Mechelen’s past!

Whether you’re wandering through the city’s main markets or exploring the historic beguinages, you will find that the city is rich in history at every turn.

2. There are great photo opportunities that will make your Instagram look 10/10 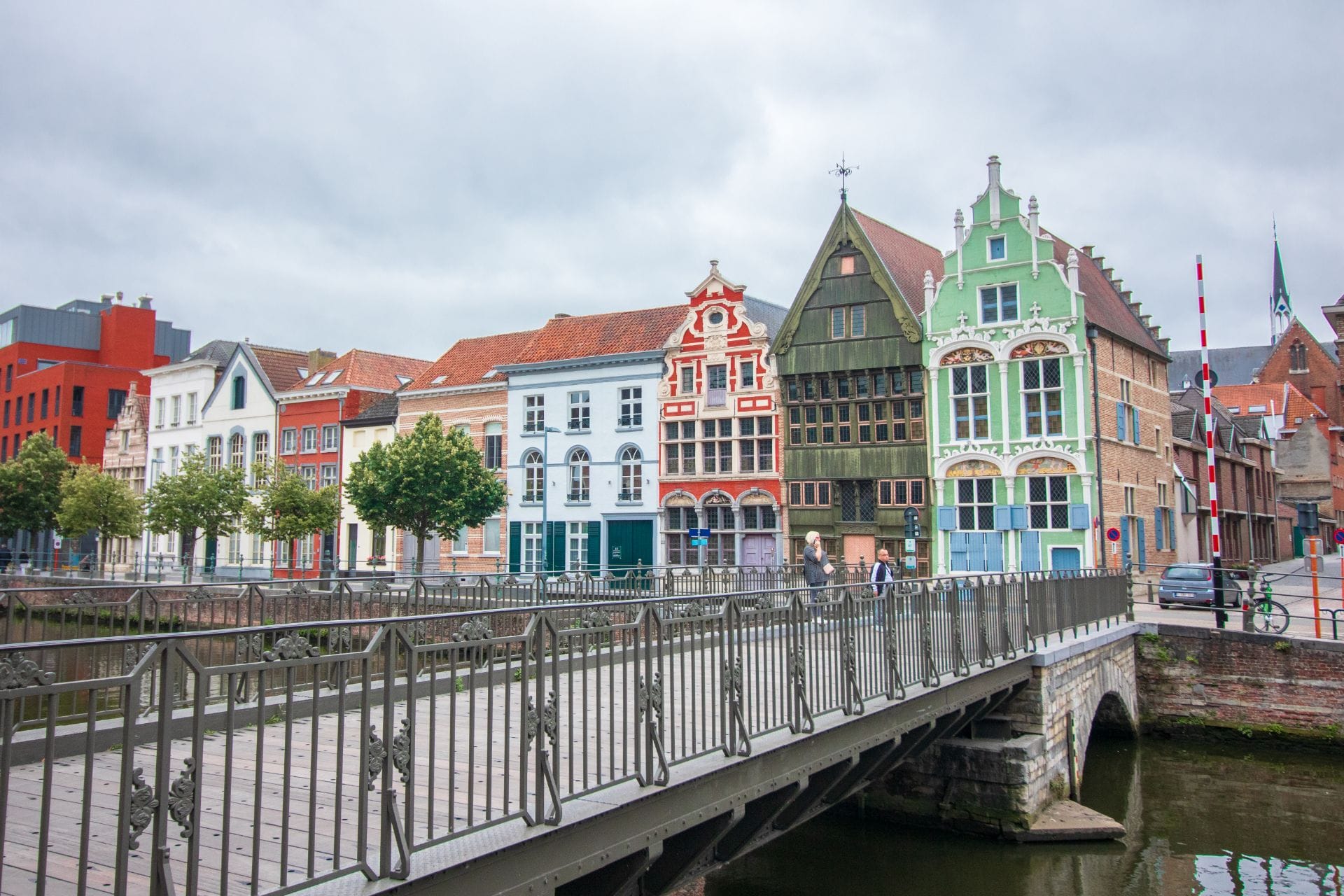 If you’re a sucker for some picture-postcard views, you will certainly love Mechelen.

Not only is it ever-so-picturesque and easily photographable, but this is one European city you won’t have seen plastered all over Instagram already. Originality is key, folks!

One of the most photo-worthy spots in Mechelen is the famous trio of colourful 16th and 17th-century houses at Haverwerf.

Other great spots include Grote Markt, the beguinages and the skywalk at St Rumbold’s Tower which boasts 360° panoramic views of the city.

3. It’s a lot quieter than Brussels, Bruges, Ghent and Antwerp 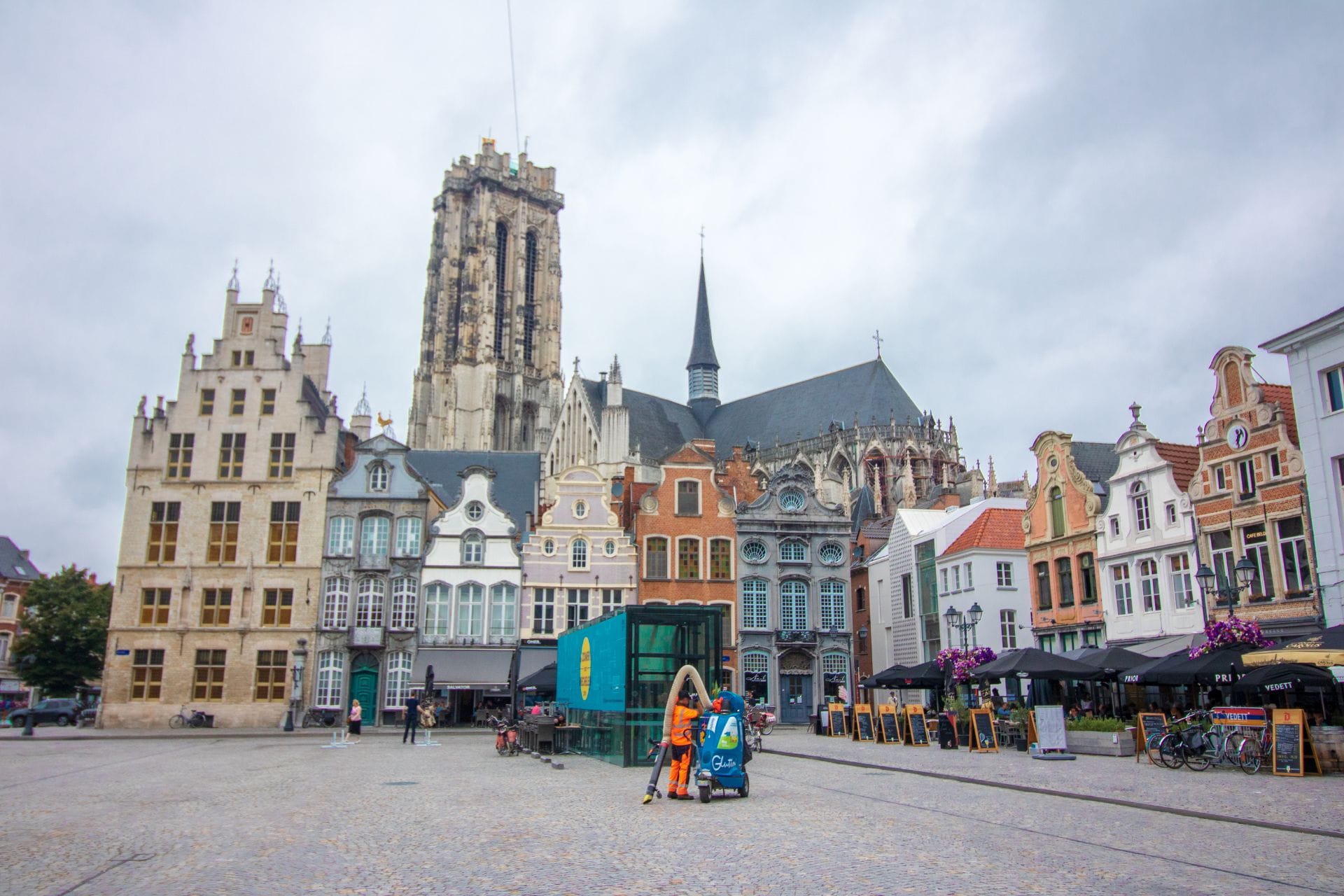 One of my favourite reasons to visit Mechelen is that unlike its more popular Belgian counterparts, you’d have a hard time stumbling into a single tourist in Mechelen.

This makes it far cheaper than Brussels, Bruges, Ghent and Antwerp. But I’m sure that won’t be for long!

Avoid the crowds whilst you still can and discover the magical serenity of this little-known gem.

Even during the height of peak season (I visited during a weekend in August), the city is perfectly peaceful.

However, that’s not to say that the city isn’t alive either.

Whether it’s at one of the city’s many bars, breweries or street markets, Mechelen is certainly not a city to shy away from a party.

Busy and buzzing, especially at the weekends, there’s no chance of getting bored in Mechelen. It’s just the locals you’ll be bumping into instead of the tourists!

4. Belgian waffles, that is all… 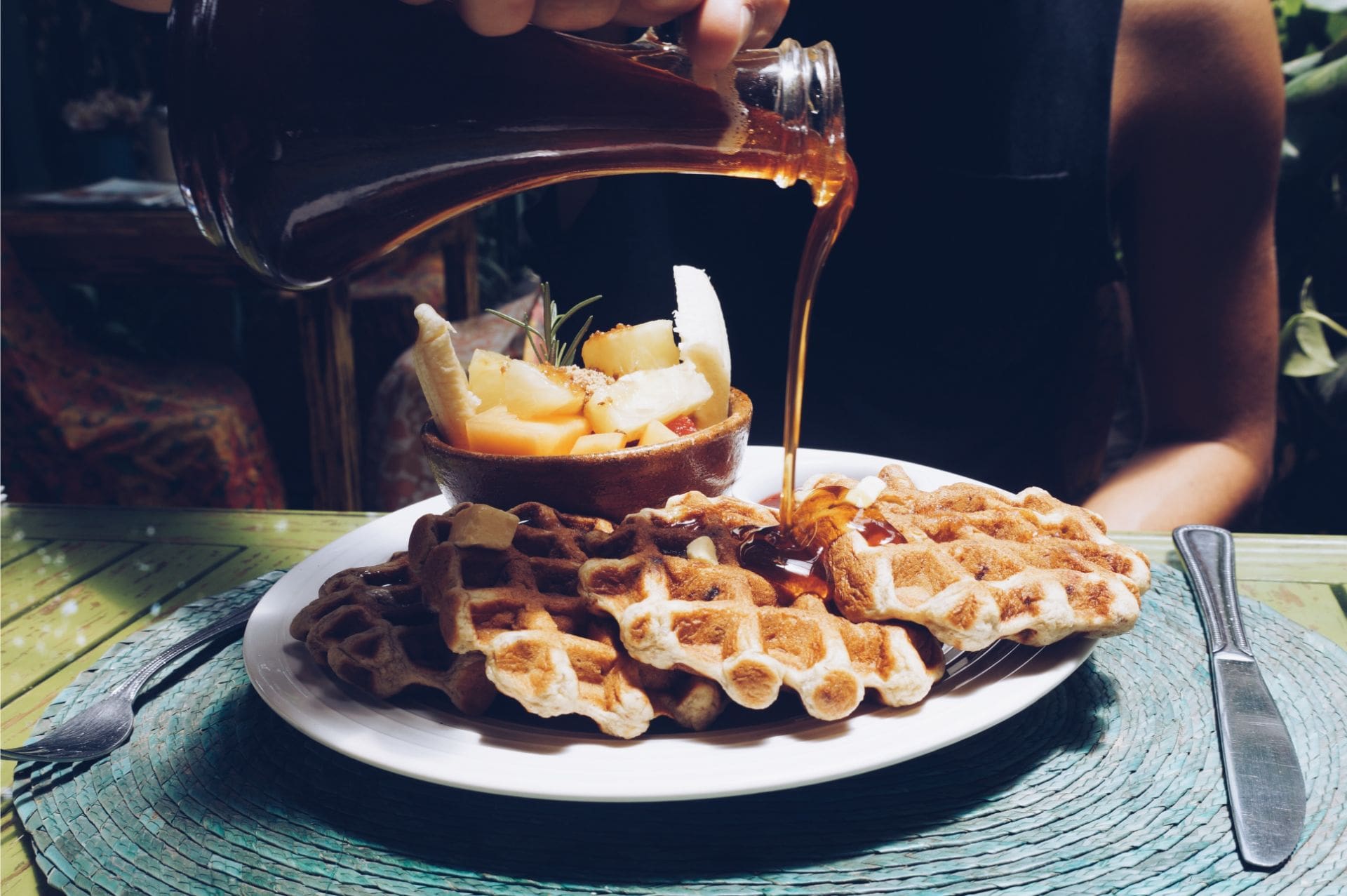 I mean, need I say anymore? I think this picture does alllll the talking.

First made in the Middle Ages and sold as crispy and rich street-side snacks by vendors outside churches in Belgium, Belgian waffles are now popular all around the globe.

So whether you sit-in at a cafe or grab a waffle on the go at a street food market, they’ll still be just as tasty.

5. There’s so much incredible architecture to see 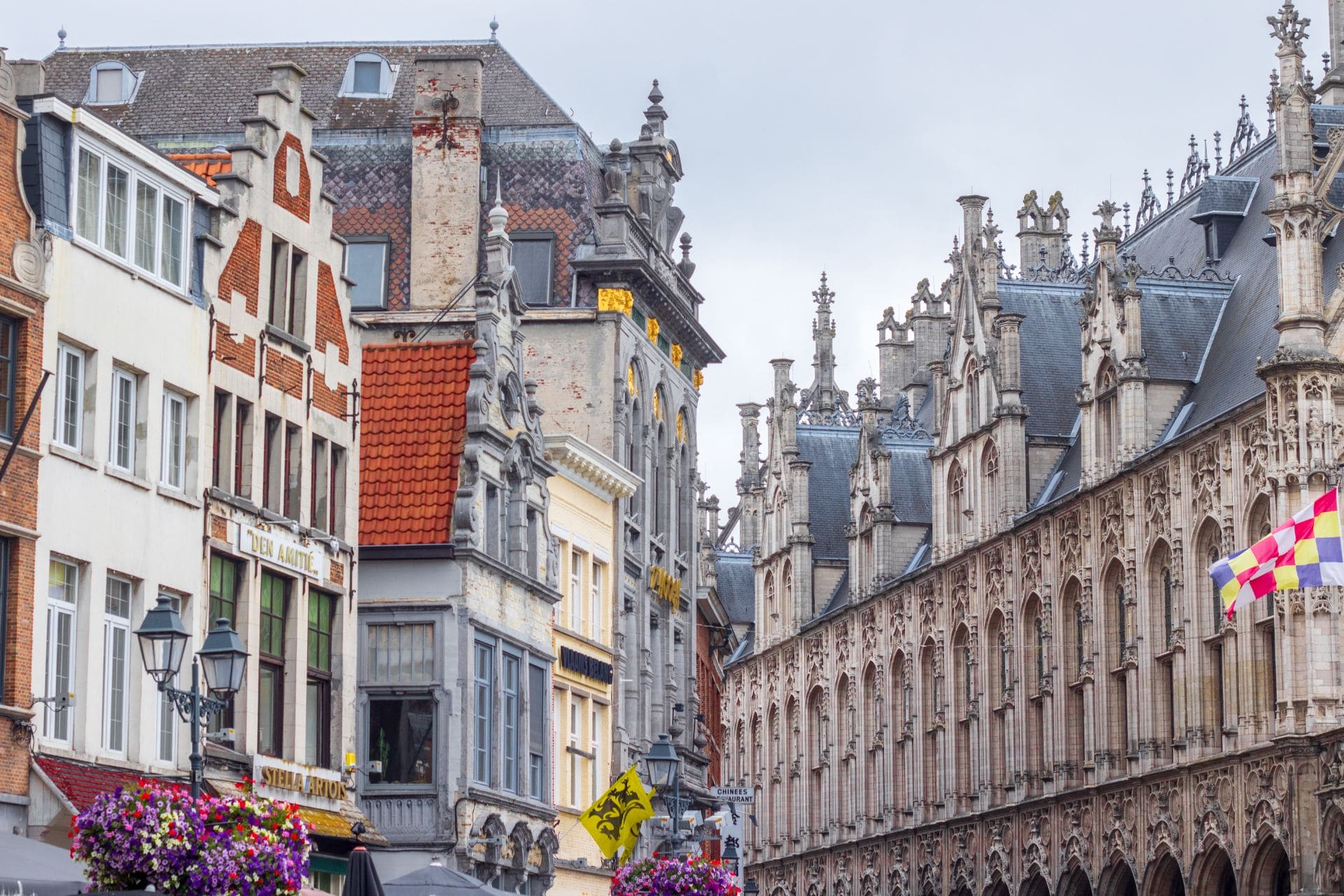 If you couldn’t already tell from my photos, Mechelen’s architecture is nothing short of beautiful.

Every way you turn, the grandest, most stunning architecture greets you.

This is especially the case when standing in the middle of Grote Markt! For a real architectural treat, head to the Winter Garden of the Ursuline Nuns.

The art-nouveau architecture with neo-Gothic, neo-Empire and Art Deco elements is sure to blow you away.

6. The city puts on some great Christmas markets 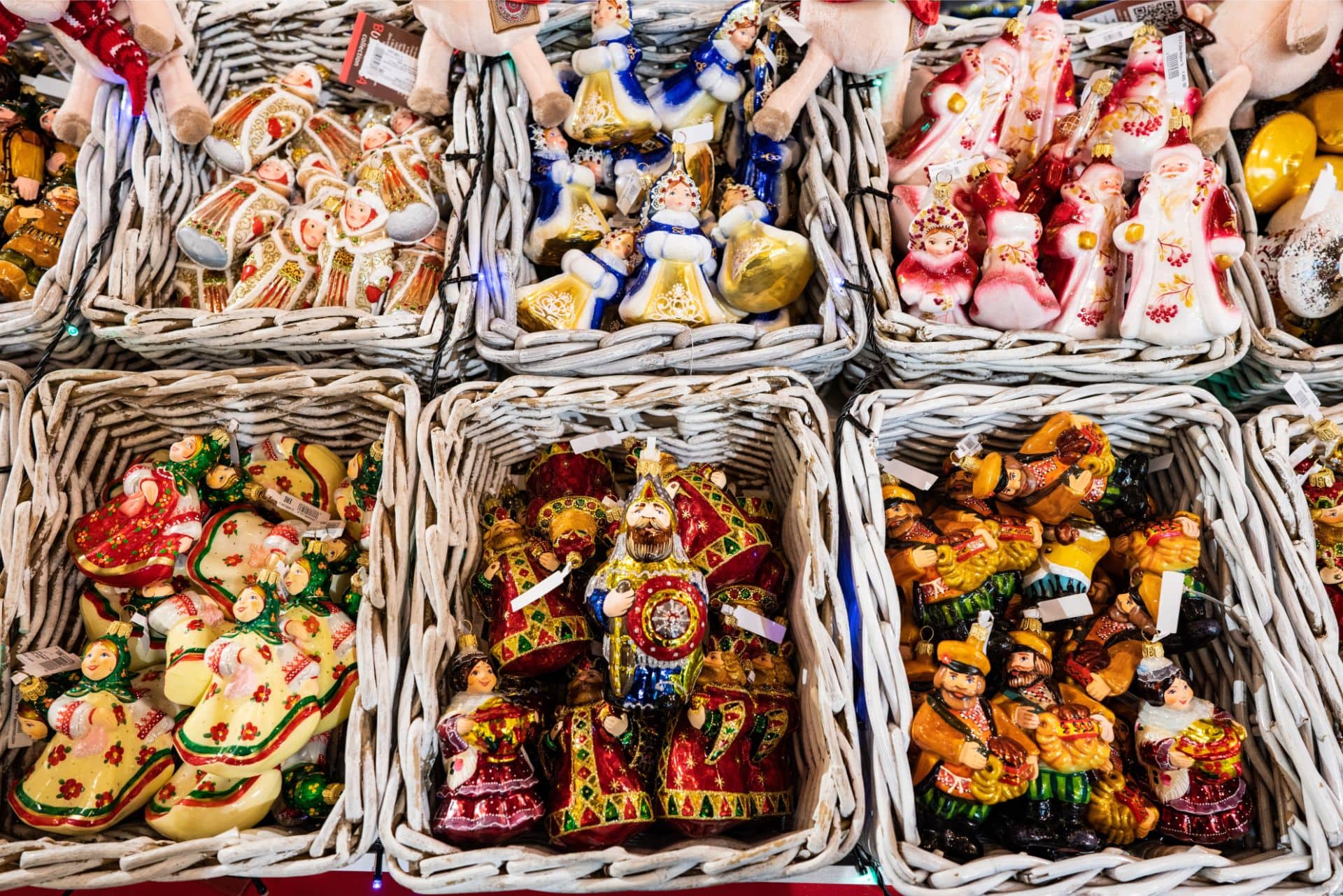 While I visited Mechelen in summer, I’ve heard down the grapevine that Mechelen puts on a pretty great show at Christmas.

Decorated with tasteful Christmas lights, nutcrackers and nativity scenes galore, Mechelen really goes all out in the winter months.

You can wander around the many Christmas markets located at Vismarkt, Haverwerf, Van Beethovenstraat and Korenmarkt.

Quite like my earlier point, the best part of visiting these Christmas markets is that they won’t be as jam-packed and touristy as nearby ones!

If Christmas markets aren’t really your thing, you can get your skate on at the floating ice skating rink on the Dijle River.

Located just next to the Vismarkt, in the heart of the festivities, you’re sure to have a great time here.

Another part of the city that looks particularly picturesque at this time of year is the large beguinage with its narrow cobbled streets and small brick houses.

Decorated with ribbons, lights and candles, it is a lovely little area to wander around and soak up that Christmas magic.

Top tip: be sure to check out the live Nativity scene at Het Anker Brewery!

7. It’s really easy to get to from London and other Belgian cities 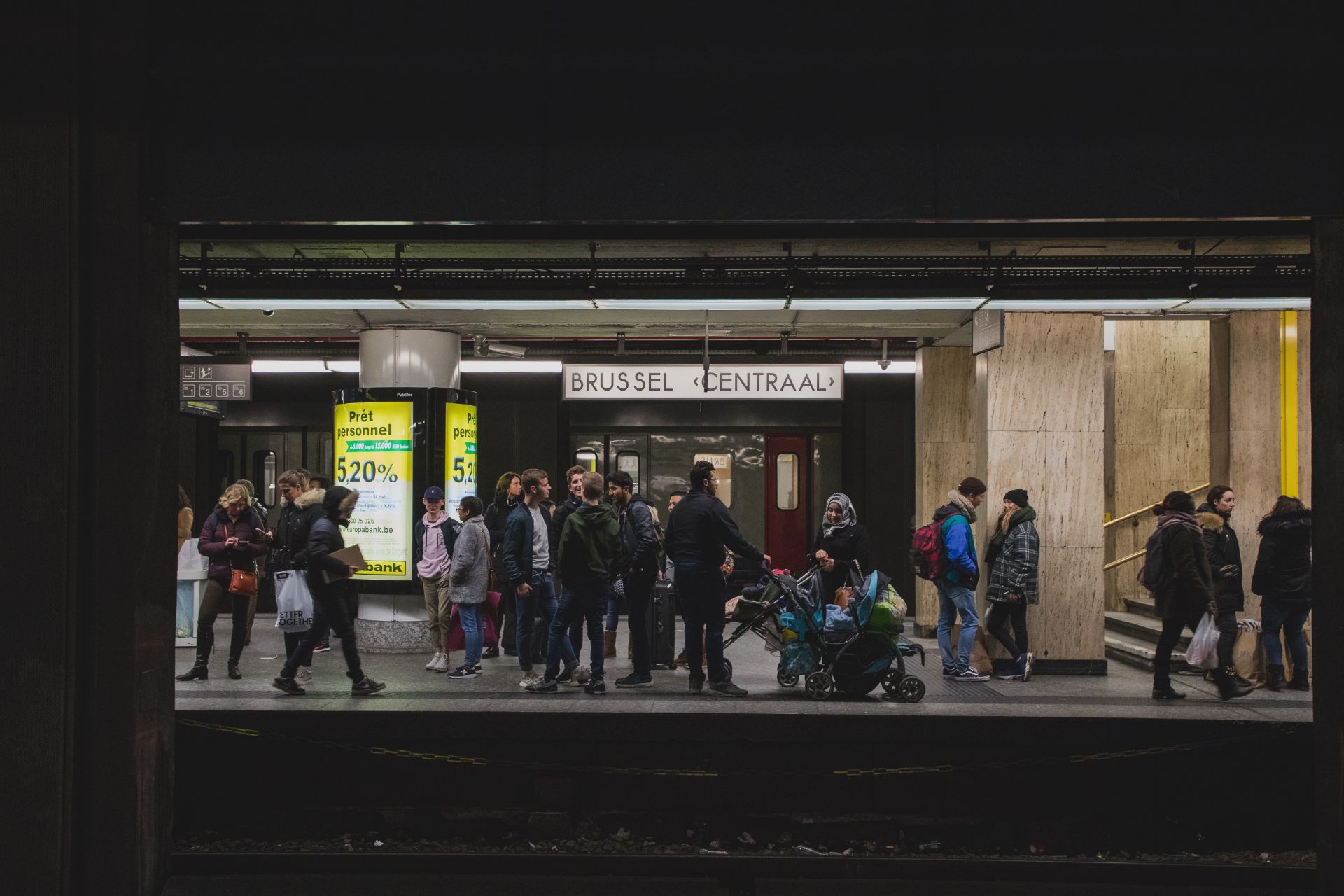 Perhaps one of the best reasons to visit Mechelen is that it is so easy and quick to get there from the UK and mainland Europe.

You can either fly to Brussels Airport in just one hour then get a speedy eleven-minute train to Mechelen, or you can travel via the Eurostar.

If you’re taking a day trip to Mechelen from nearby cities such as Antwerp and Brussels, while interrailing on a budget, it’s just a twenty-minute train journey from each. 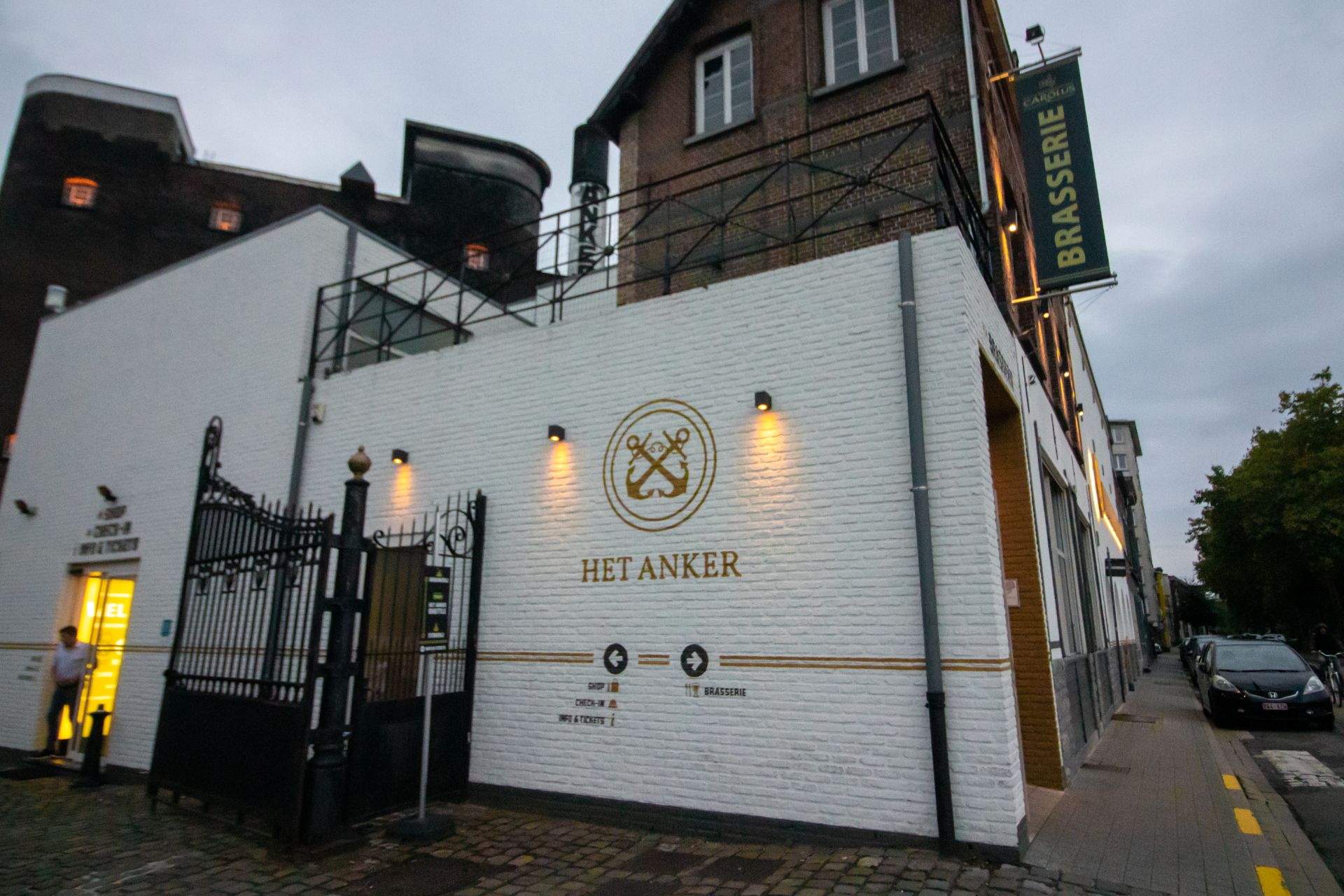 Beer may not be my thing (I’m a huge wine gal at heart) but when in Belgium, right?

Those who love nothing more than a pint will be in their element in Mechelen.

Most well-known for its multi-award-winning Gouden Carolus, Mechelen is a great place to get up close and personal with one of Belgium’s finest brews.

Visit the iconic brewery and distillery at Het Anker Brewery to watch the hop alchemists at work. Oh, and enjoy the tasting sessions at the end of each tour, of course.

What’s the point in watching them make the stuff if you can’t drink it, huh?

Top tip: they also serve some delicious food in the brasserie so head there afterwards to be stuffed silly! 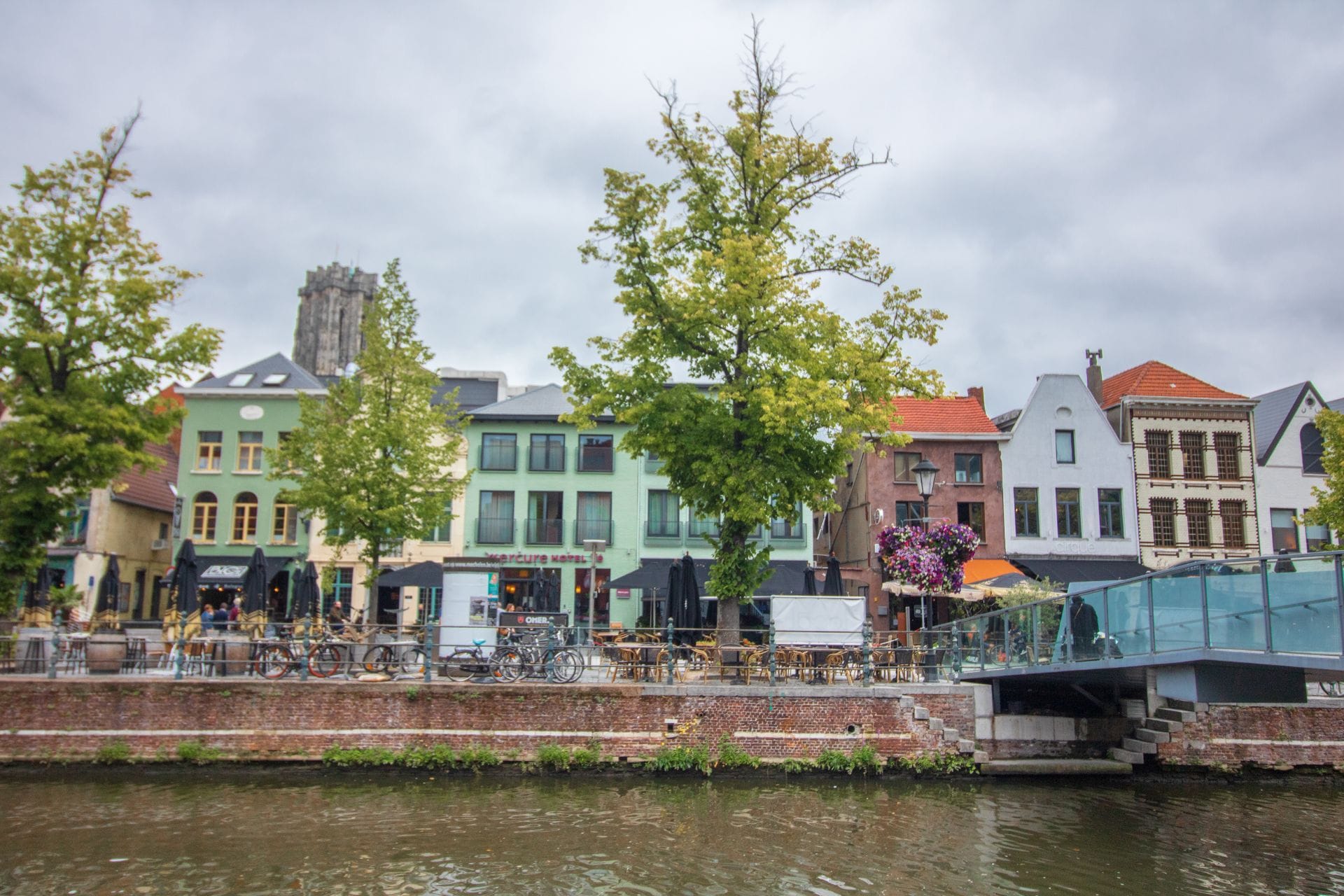 There is a popular consensus among young people that Belgium isn’t too fun or lively.

And while Mechelen may attract history lovers, you’d be mistaken by thinking that this city isn’t forward-thinking.

If you’re passing through on your interrailing adventure and think Mechelen will be too quiet for you, think again!

Mechelen has an ever-growing population of young people. In fact, the Financial Times named Mechelen as one of the ten European cities of the future.

Mechelen also plays host to a bunch of amazing street art and great bars and restaurants.

Oh, and there’s free Wi-Fi for everyone across the city, making Mechelen a great hub for young people and digital nomads.

So have you ever visited Mechelen? Do you have any other reasons to visit Mechelen that I’ve missed off this list?

Please let me know in the comments below and we can have a little natter.

I’m sure I could rabbit on about my love for this pretty little city for years! 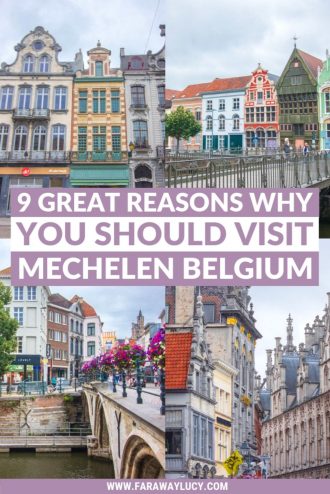 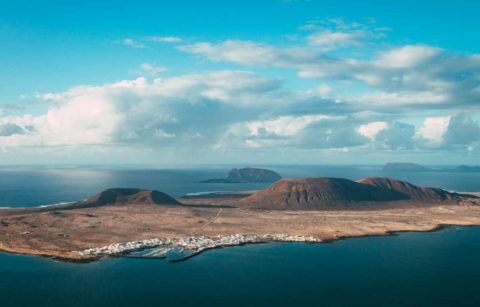 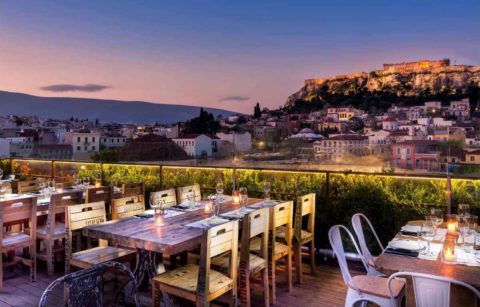 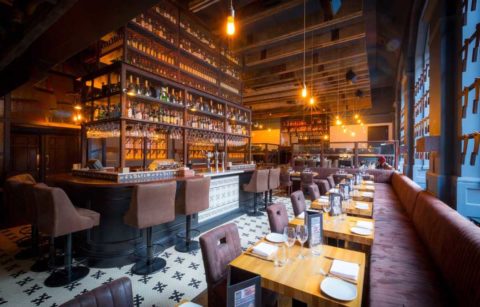