DestinationsEnglandUnited Kingdom
53 years ago
by

Those who are familiar with Devon may be staring at their screen with a blank face wondering why on earth I have just compared Salcombe to the beautiful Greek island of Santorini. But hear me out, guys – I’ll explain why soon enough!

In May I drove Little Red (obviously my car has a nickname) down to Devon and Cornwall for a week of glamping and adventuring, and of course, Salcombe was on my to-visit list. I knew nothing about the town before I visited other than the fact it’s a pretty popular tourist resort… 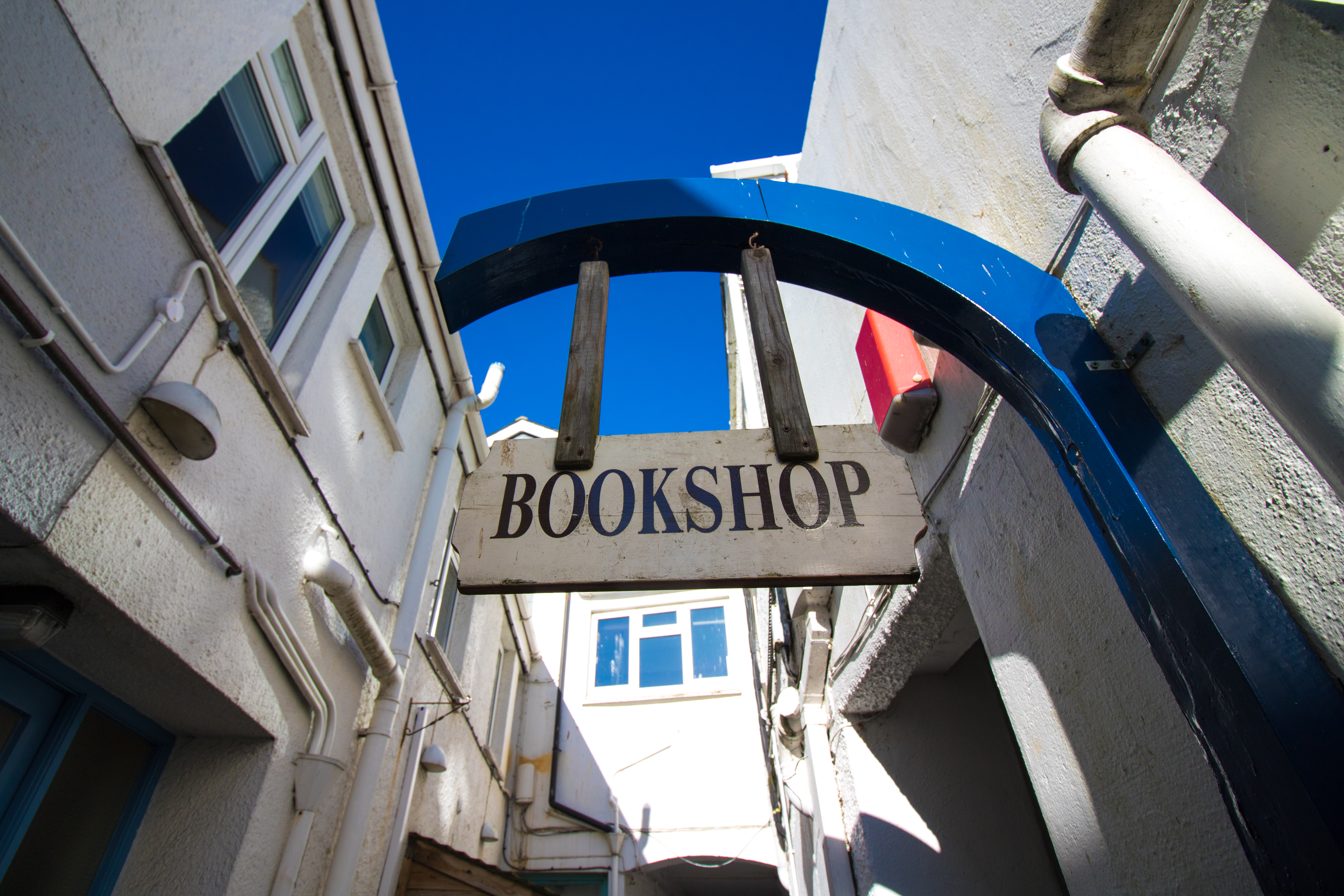 Salcombe is located in the South Hams district of Devon within the South Devon Area of Outstanding Natural Beauty (AONB). The surrounding area is almost as impressive as the town itself, which makes it the perfect place to drive to. Our road trip offered the most stunning views imaginable. Think bright green rolling hills reminiscent of Microsoft’s Windows XP famous wallpaper.

We visited in the evening after exploring the Engish Riviera all afternoon. This was the perfect time to visit, as the sun was setting, but temperatures were still SO warm – maaan, I love living down South. Everything was completely still and quiet (it felt like a ghost town but in a good way) and ever so picturesque. 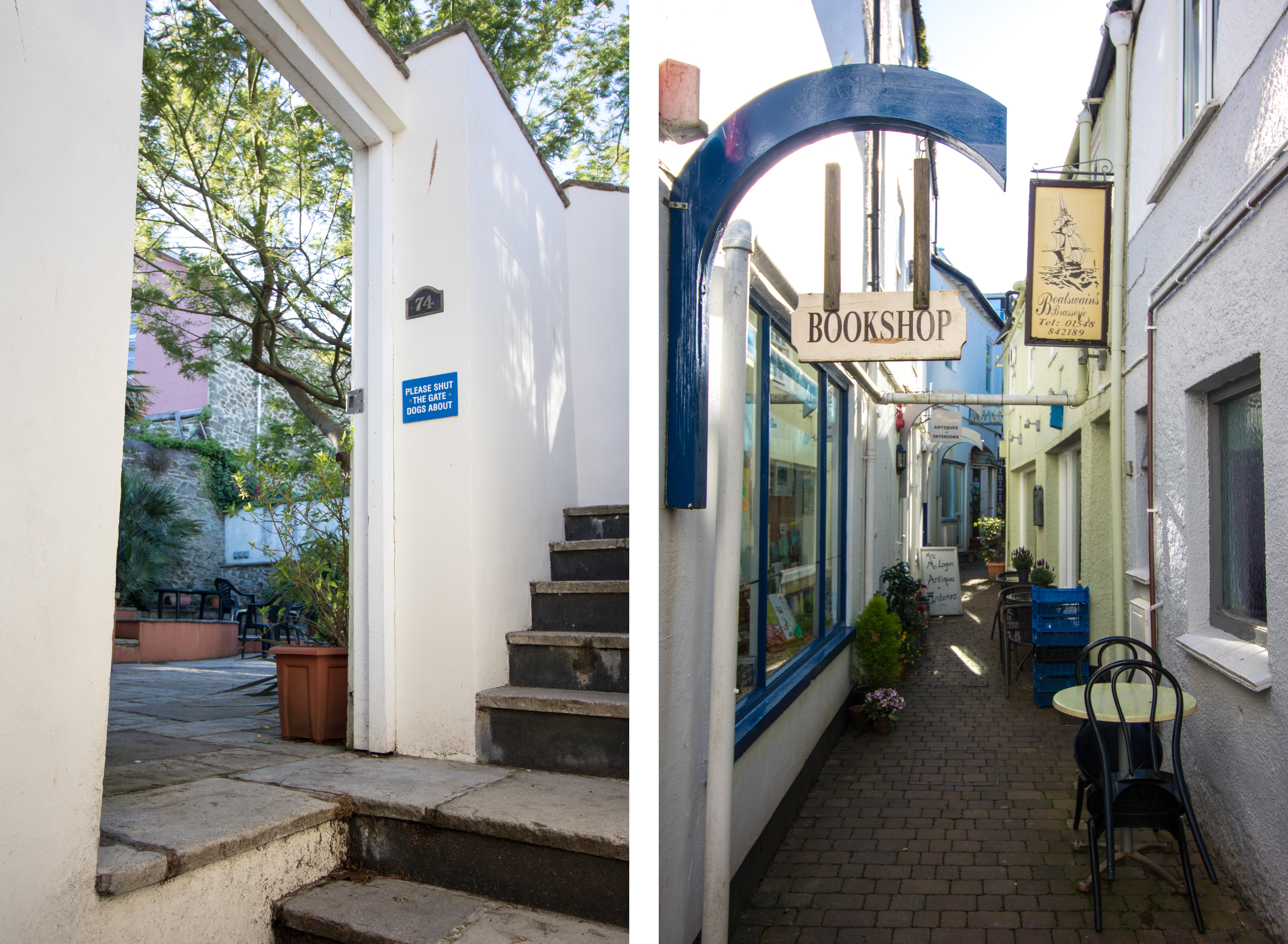 Salcombe is the type of tourist destination that you visit just to be there. We didn’t visit for a particular attraction or one specific sight but rather aimlessly walked around anywhere we could. For that reason, I can’t give you any type of travel advice other than to just explore and get lost (yes, it sounds pretentious, but it’s damn good advice).

There are plenty of narrow winding side streets, like the one above with a cute lil’ bookshop, to wander around. Unfortunately, as we visited late on a Sunday evening, none of the shops or food spots were open, minus a few pubs. But I guess this worked to our advantage, as it made the town more peaceful. 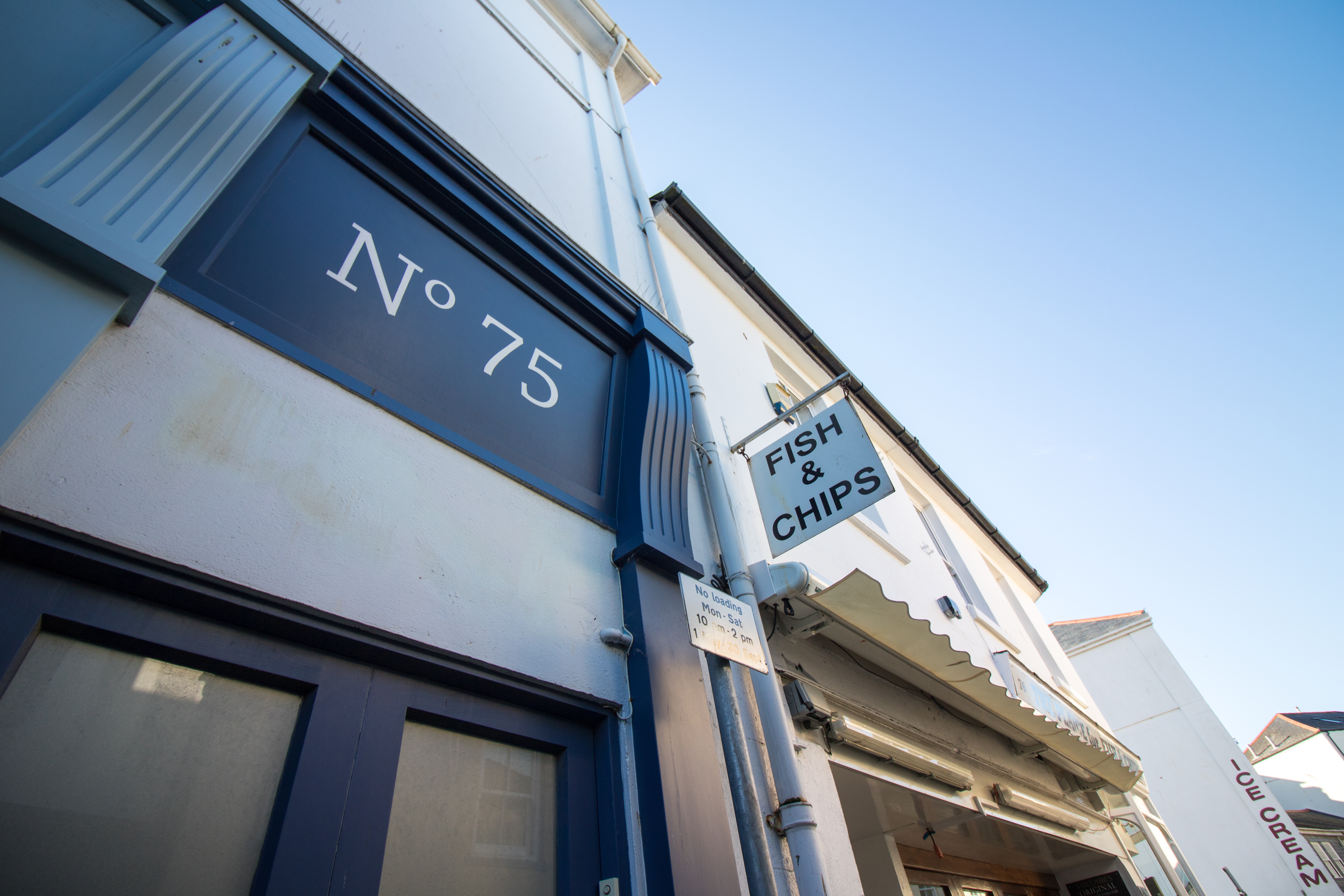 Worldwide fashion brand Jack Wills was actually founded in little ol’ Salcombe back in 1999 at 22 Fore Street. The store now operates all over the UK as well as parts of the United States and Hong Kong. Pretty impressive, huh? The high street is filled with plenty of chain stores similar to Jack Wills (inspired by traditional British wear), such as SeaSalt Clothing, Fat Face, White Stuff and Joules, alongside lots of quirky independent shops too. 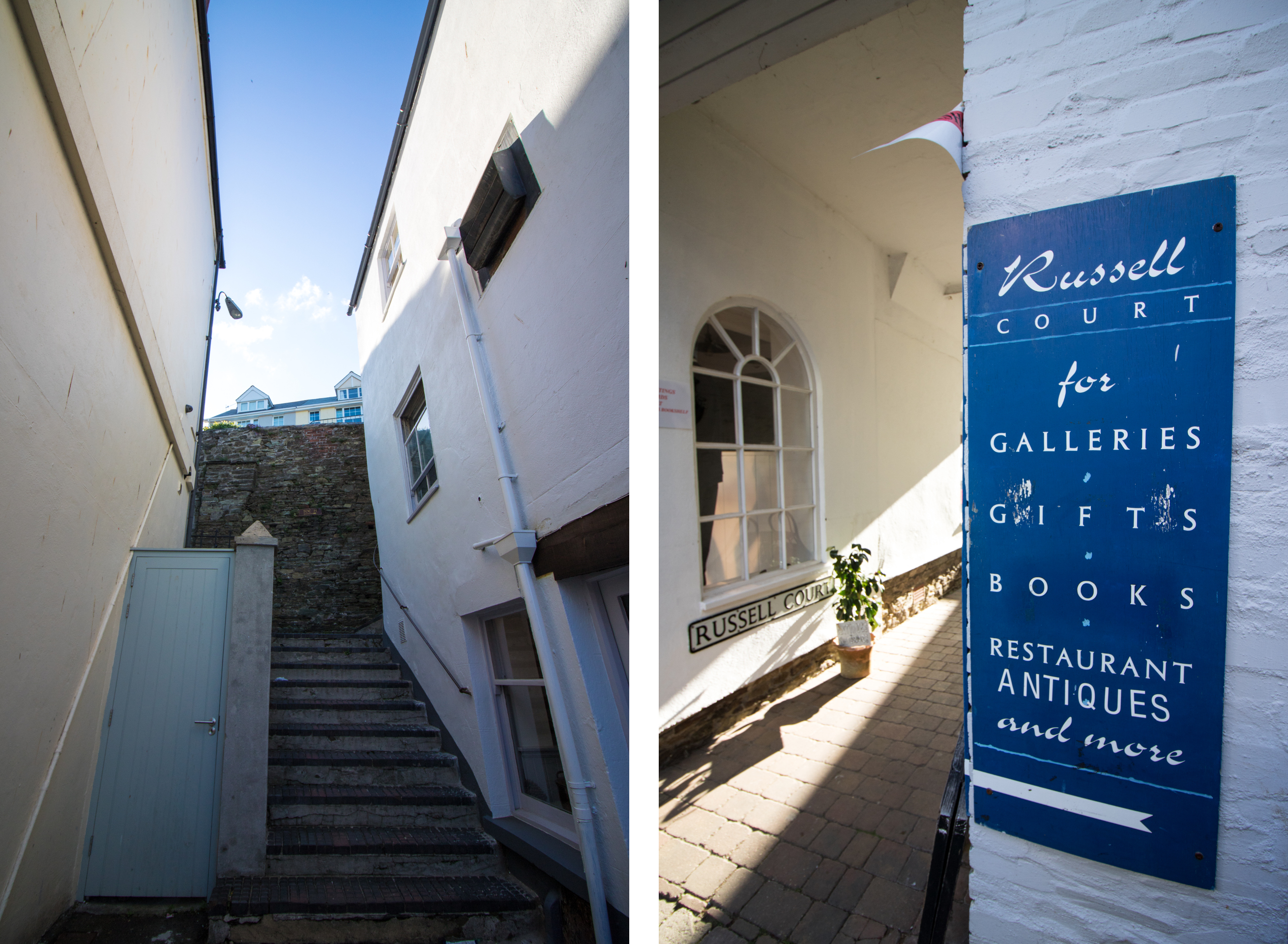 The main reason Salcombe instantly reminded me of Santorini (or at least the Santorini I’ve seen in pictures) is its blue and white colour scheme. Whether on shop fronts, or buildings, or the harbour, everything is either blue or white! Salcombe is also filled with lots of steep narrow staircases winding up the hills, which is reminiscent of Santorini as well. 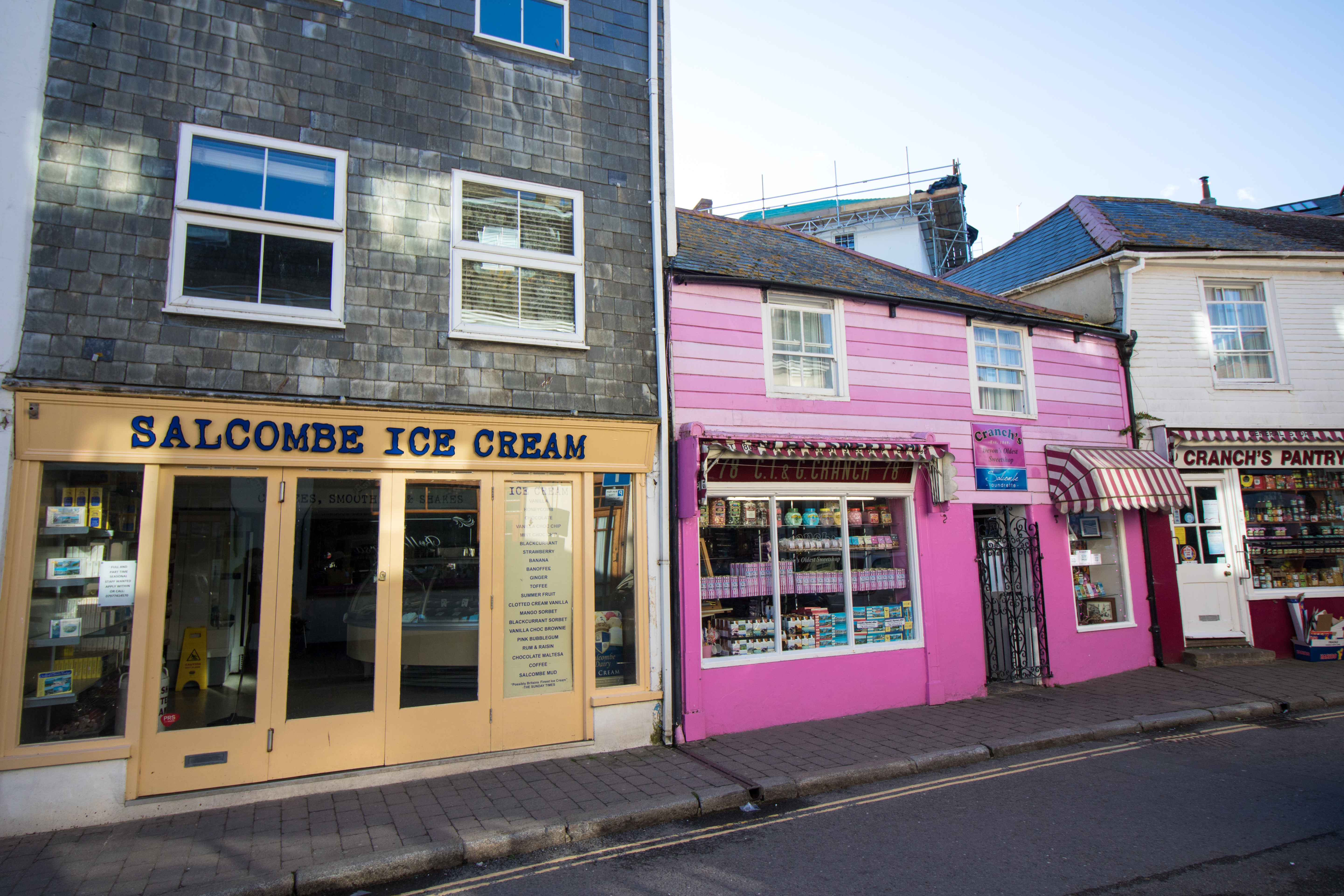 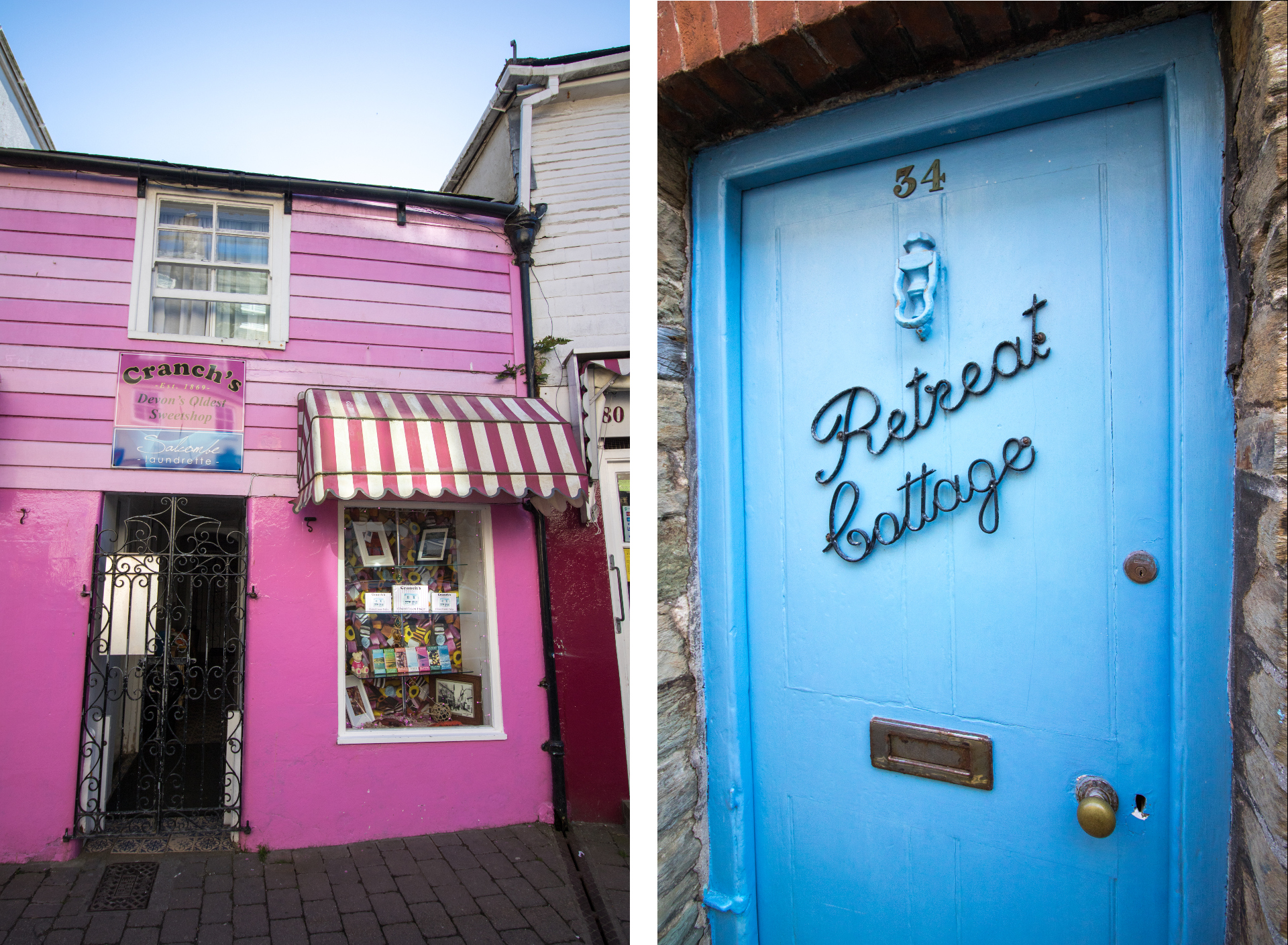 Of course, a trip to the British seaside is not complete without fish and chips (yuuuuum), ice cream and traditional British sweets… Cranch’s Sweet Shop, pictured above, is the oldest sweet shop in Devon. It was established in 1869 and continues to sell both traditional sweets and supermarket favourites. 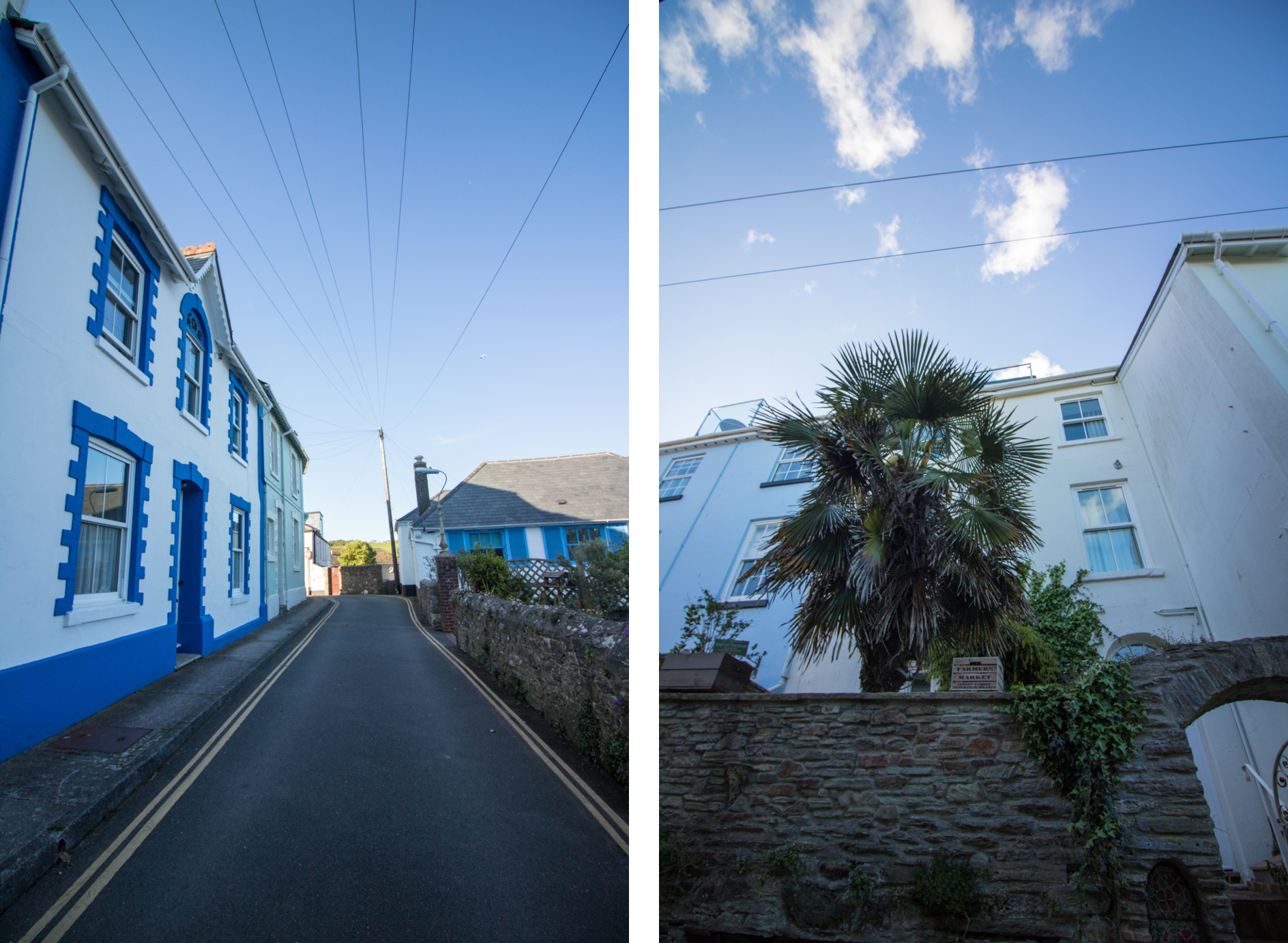 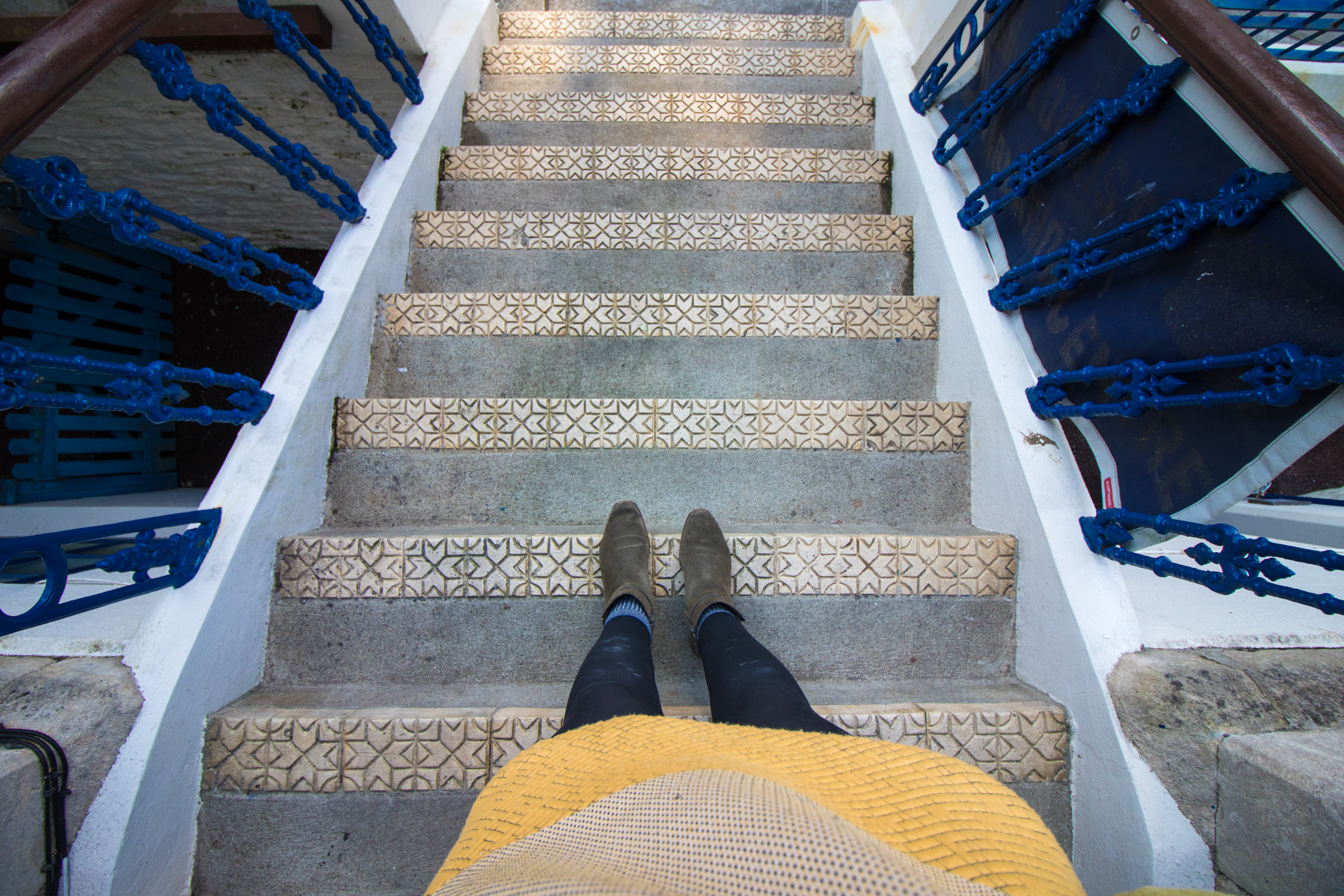 A Mediterranean vibe is infused throughout the town, from palm trees littering the streets to Moroccan style tiles and patterns. The weather also helps a ton! If you’re visiting the U.K. and are after an ever so slightly warmer climate then heading to Devon is your best bet. When you’re used to it raining most of the year, blue skies really do transport you abroad. 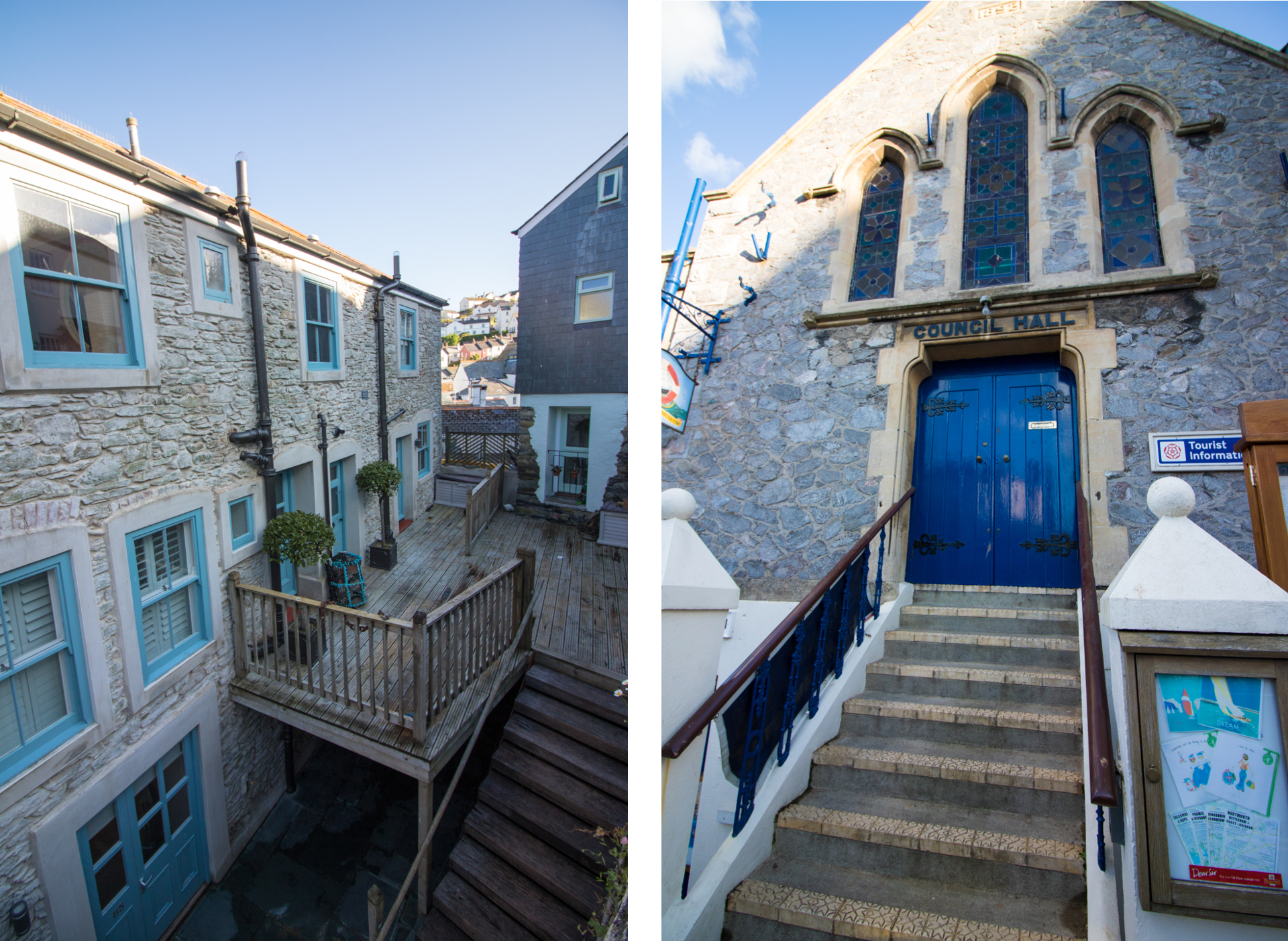 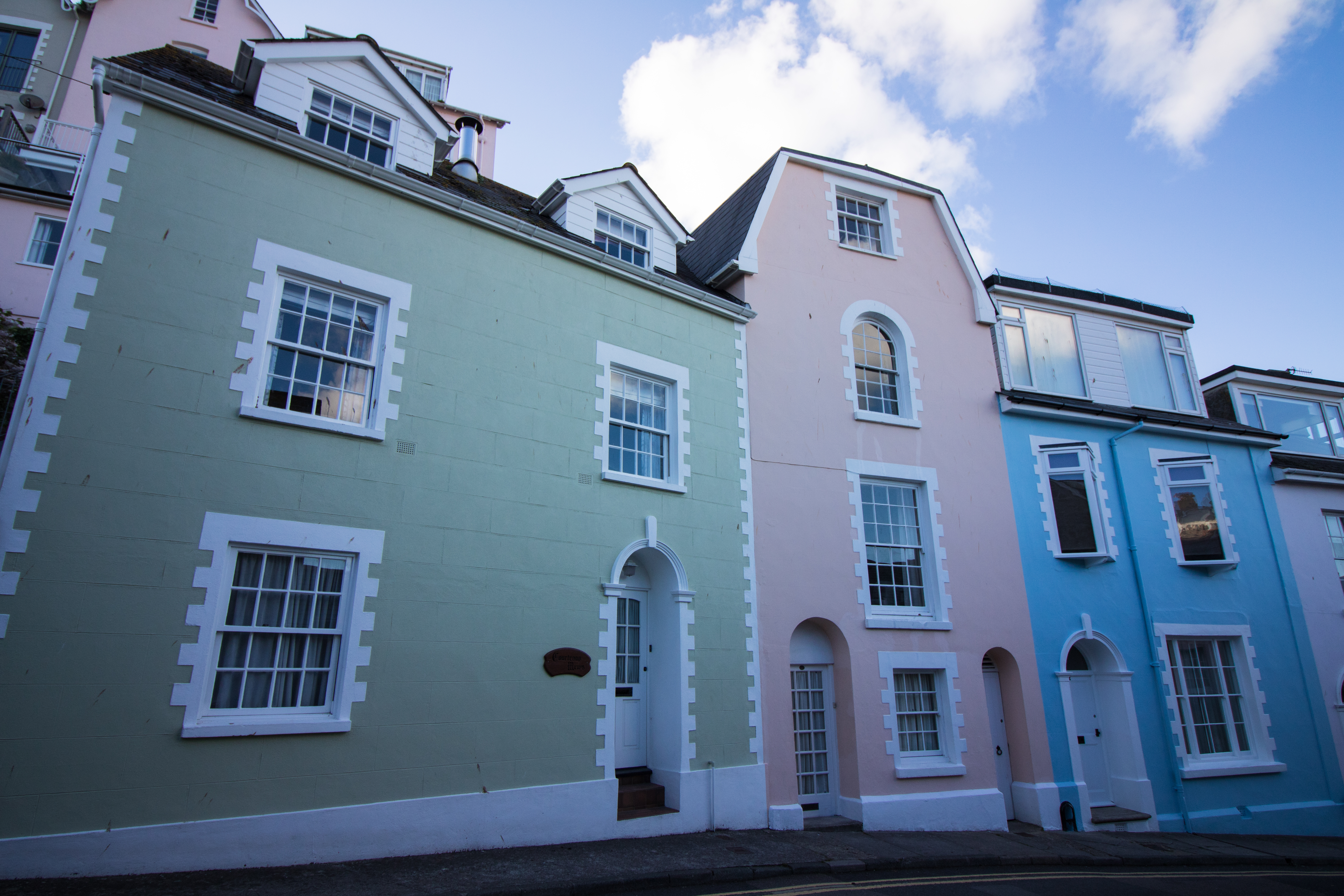 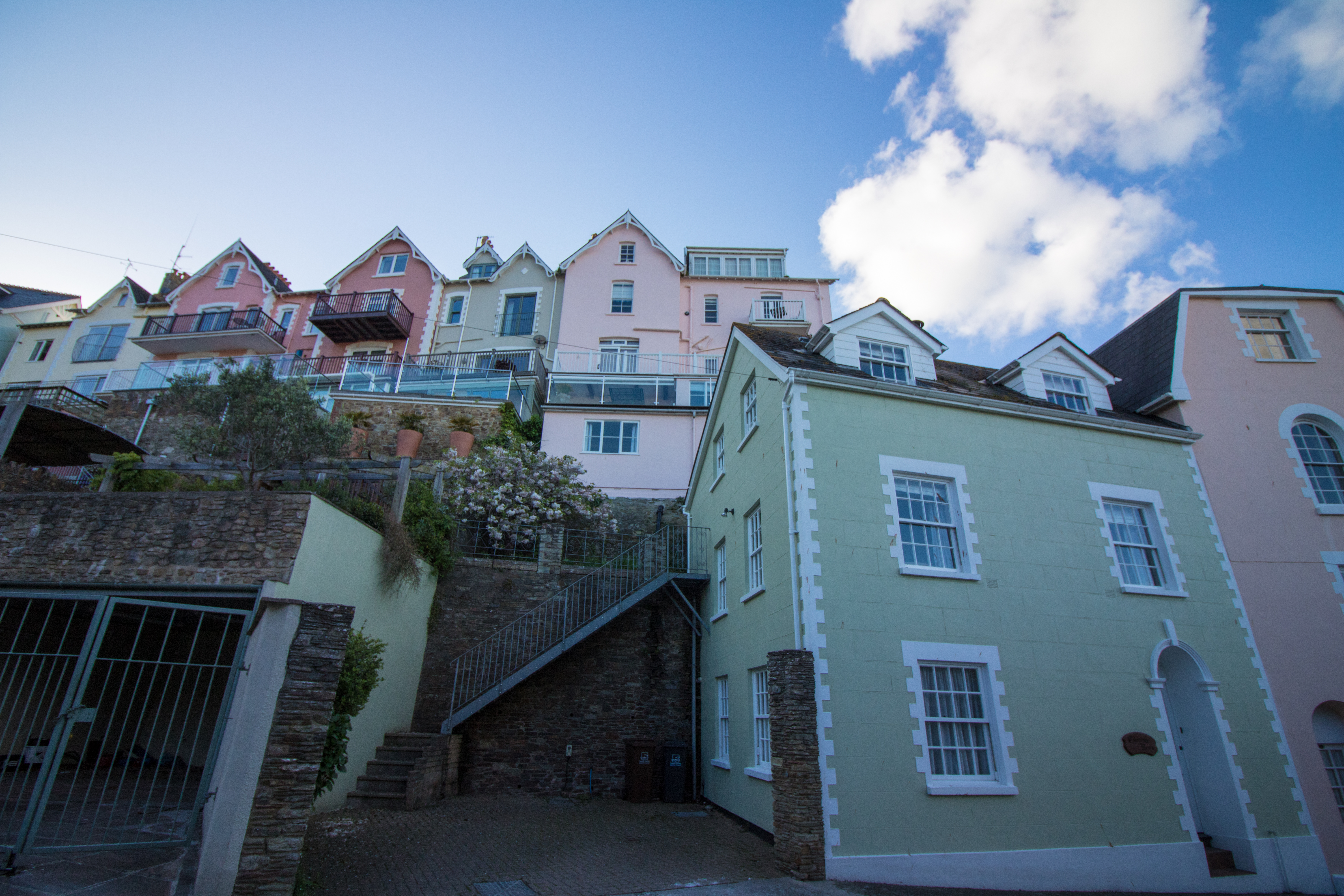 Salcombe is also filled with so many colourful houses painted in pastel green, pink and blue shades. It is an Instagrammer’s dream! The place is so romantic and I wouldn’t be surprised if Gaz and I head back next summer for a little weekend getaway in a cute holiday home or a VW Campervan. 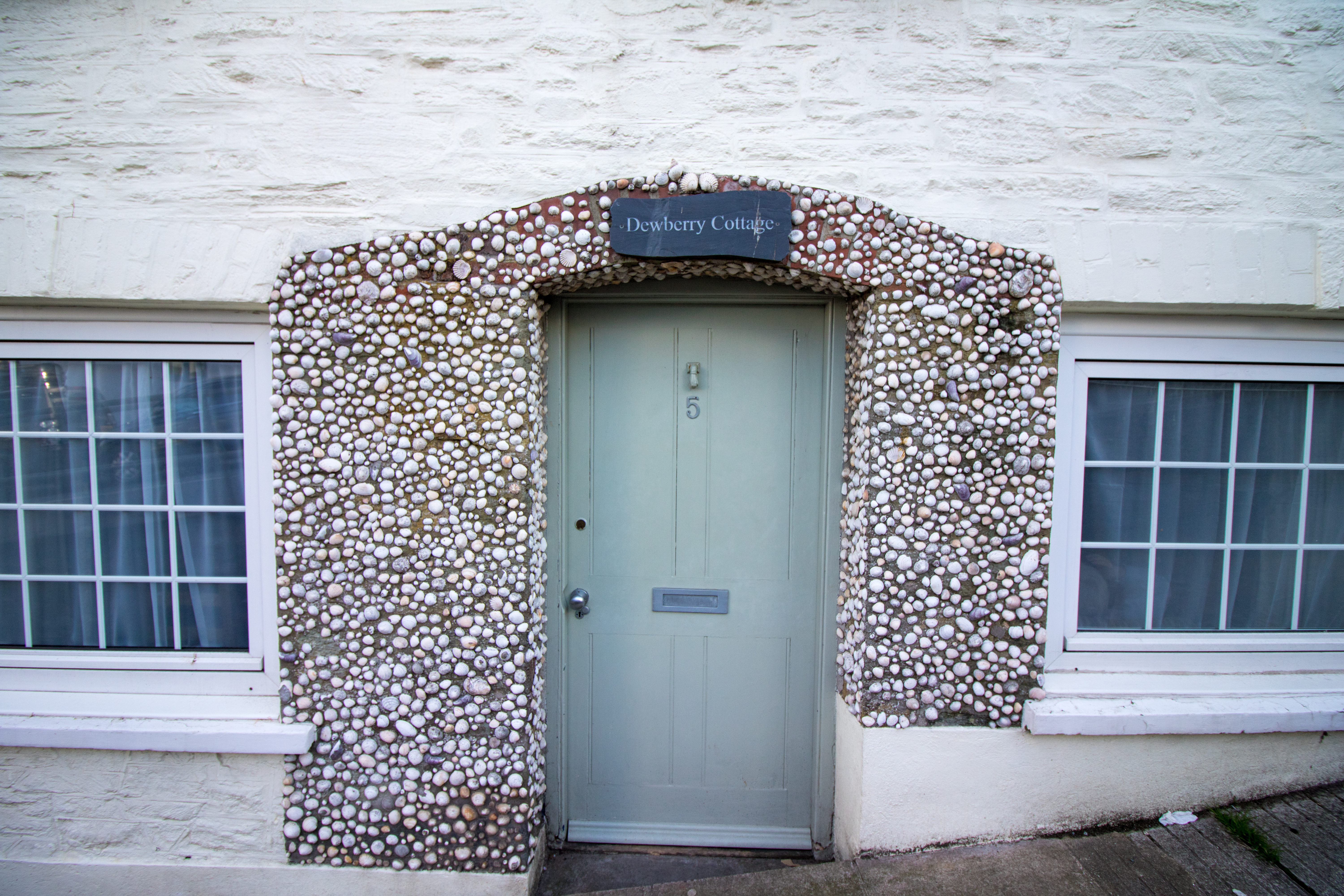 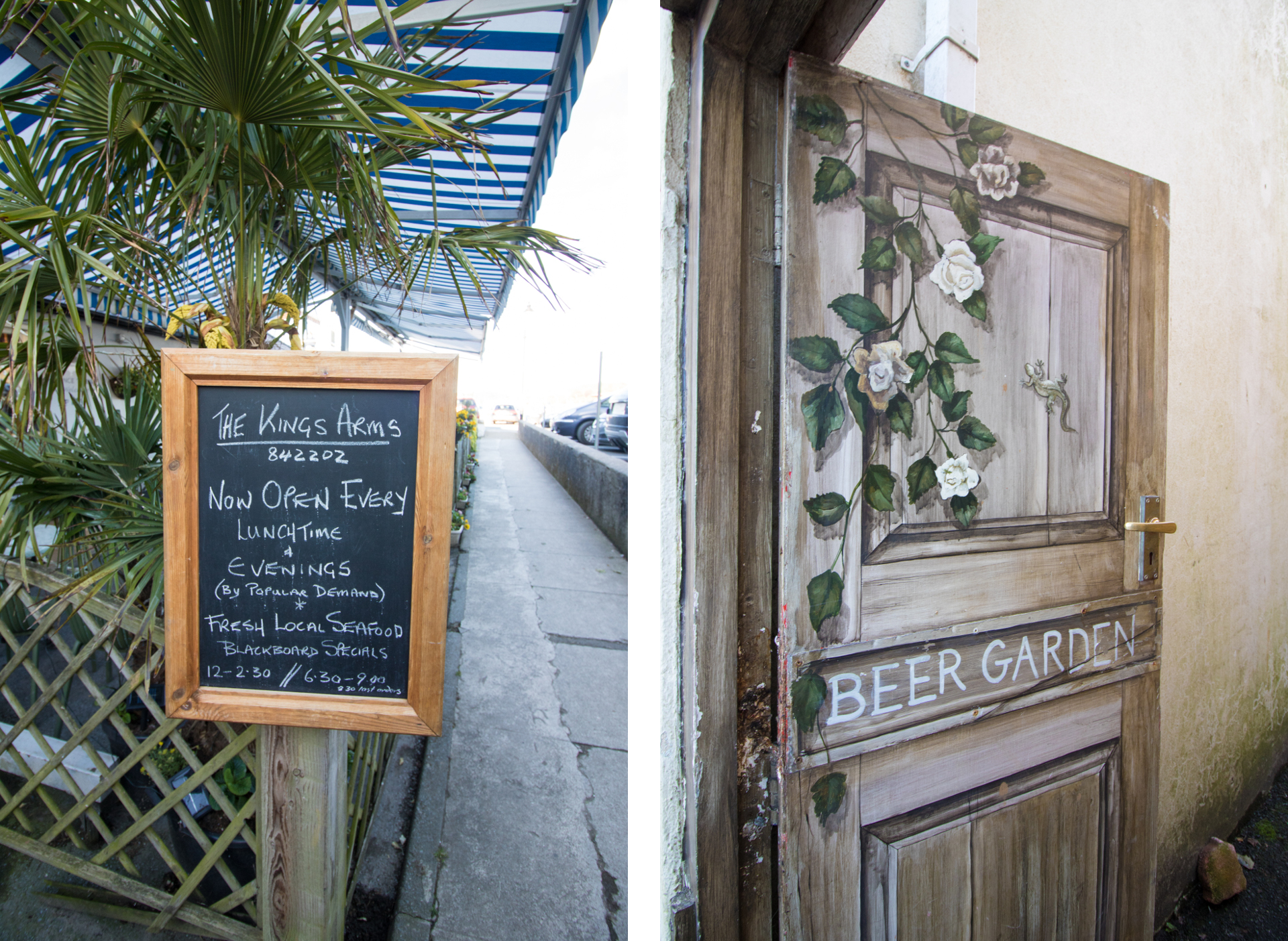 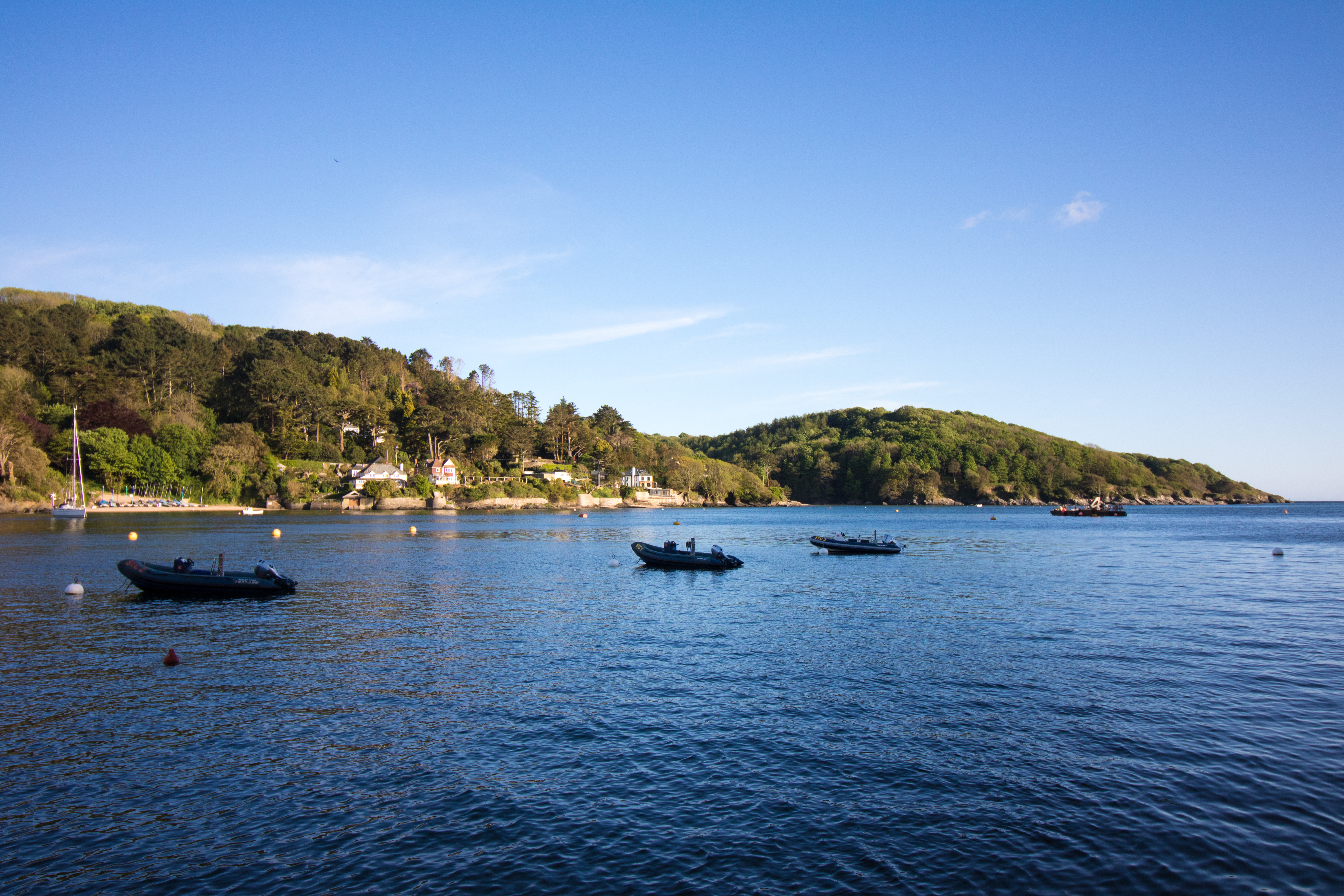 Think Salcombe couldn’t get any cuter and romantic? Well, look at what we unwillingly intruded… A wedding photoshoot! As the sun properly began to set Gaz and I trailed off towards the coast to find the view pictured above. We didn’t think we’d also stumble across a couple being photographed. I felt slightly cheeky taking the photo, but I’d love to somehow find the couple to share the image with them. Super magical! 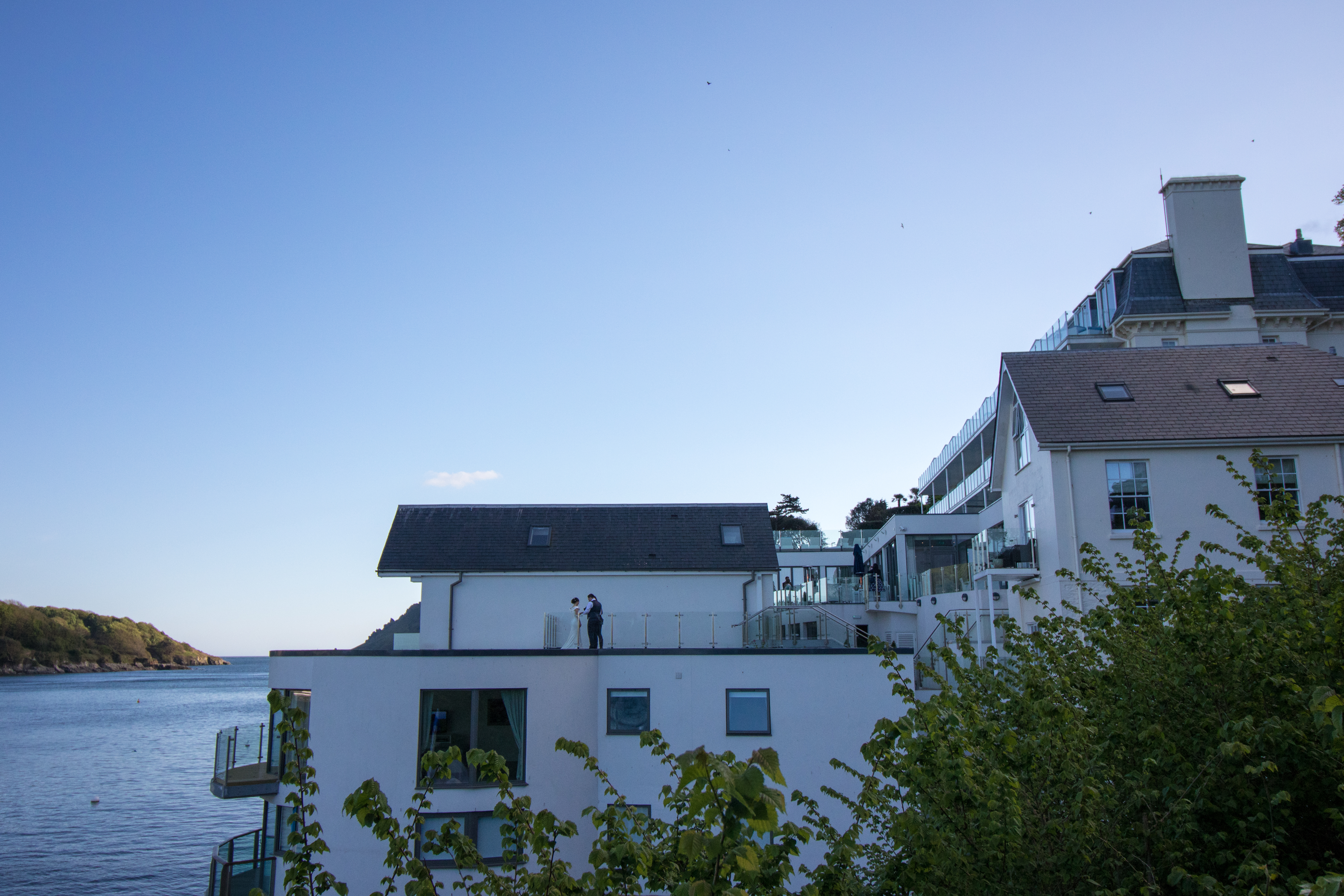 So have you ever been to Salcombe before? Any special sights I missed out on, or other Devon gems? Let me know in the comments below! 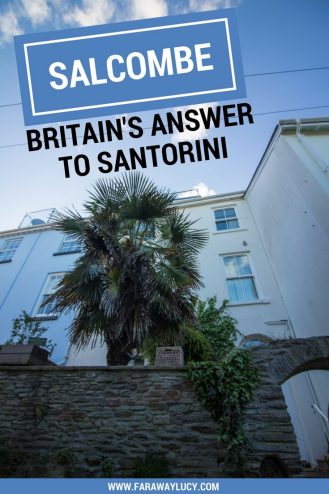 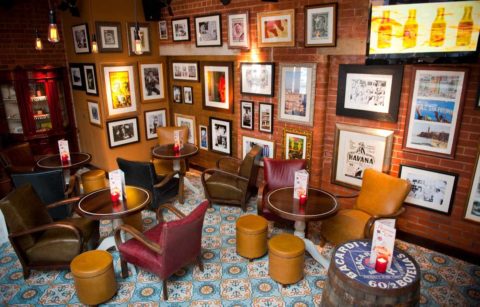 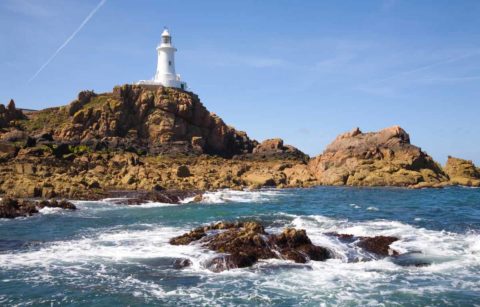 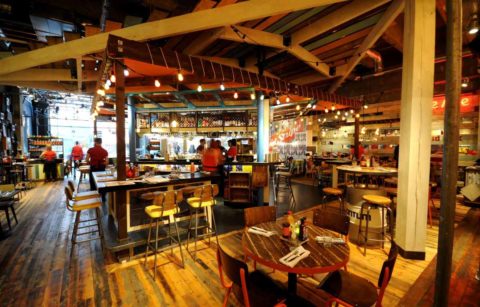