15 Great Day Trips from Derby You Need to Go On

3 Days in Dubrovnik Itinerary: The Best Way to See Dubrovnik

11 Amazing Treehouses in Ireland That You Need to Stay In

The 43 Most Beautiful Airbnbs in the Lake District

13 Fun Indoor Activities in Manchester You Need to Try

Date Ideas Liverpool: 23 Romantic Things to Do in Liverpool

2 Days in Brussels Itinerary: The Best Way to See Brussels

11 Fun Indoor Activities in Southampton You Need to Try

Glamping Norfolk: 41 Amazing Places You Need to Stay At

Top 11 Things to Do in Berlin

City BreaksDestinationsGermany
51 years ago
by
Berlin, oh Berlin, where to begin with Berlin? You were a crazy city of life, colour and culture. Gaz and I visited Berlin for three nights a few weeks ago in February, interrailing on a budget between Prague and Berlin. We honestly had the best time and I already want to visit again (and I don’t say this about many places). The weather was perfect and sunny for this time of year and you beat the crowds by visiting in winter so I’d definitely recommend it. So without further ado here are my top 11 things to see and do when visiting Berlin!

We stayed at the coolest hotel known to mankind, Michelberger Hotel, which was located in the Friedrichshain district. It was just a one minute walk from the famous East Side Gallery on the Berlin Wall. The East Side Gallery is an open-air gallery which stretches along over a kilometre of the east side of the Berlin Wall. Right after the fall of the Berlin Wall in 1989, the famous gallery was painted by 118 artists from 21 different countries using various artistic means. All of the paintings comment on the political events that took place during 1989 and 1990.

But the East Side Gallery isn’t the only place in Berlin you can find outdoor political paintings. Berlin is basically the home of all graffiti. You won’t walk down one street without seeing at least one piece of street art. It truly is a place of individuality, art and expression.

Yes, a burger place is on my list of things to do in Berlin. Yes, my priorities are straight. And yes, a street side kiosk is rated #10 out of 6,675 restaurants in Berlin. Go visit Berlin, eat a Burgermeister burger and then come back to me.

After walking down the East Side Gallery we crossed the Spree river in search of the famous Burgermeister. Sidenote: We had burgers for breakfast, please don’t judge us. Here you will find the yummiest burgers to ever grace your existence… It is true what they say: it will be the best damn burger you have ever had. And to make it even more exciting, Burgermeister is housed in a converted public toilet under the metro tracks, with novelty seats made from old beer crates. Pretty cool if you ask me.

Hear me out, guys – the Ramones Museum may not be to everyone’s taste. So if you’re not into punk rock like myself, you can happily skip along to number 4. But if you are a fan of the Ramones or rock music in general, take a seat, cause this place is really freakin’ cool. Just look at my Instagram photo of the interior decor. I’m not kidding, folks.

As you enter the building you are greeted by a bar then further towards the back was the museum. I say ‘a bar’ but it’s more a coffee place than a pub. You can eat some cake, drink a coffee or a beer, and just admire the cosy interior. Every wall is decked top to bottom in one-of-a-kind Ramones memorabilia, including Joey’s and Johnny’s jeans.

You can go in and pay the admission fee of €4.50 but if you plan on having a drink or buying merch during your visit, your admission is included. Although the place is really tiny they often have live music there too. We didn’t get to see anyone play here, but I’m sure it’s wicked. The place is regularly frequented by many a celebrity, with autographs lining the wall of many rock n roll bands who have dropped by.

Museum Island, a UNESCO World Heritage site, wasn’t at the top of our list of places to visit and disclaimer: we didn’t actually have time to have a look inside any of the museums. However, the five world-renowned museums that you can find on the island are the Pergamonmuseum, the Bode-Museum, the Neus Museum, the Alte Nationalgalerie and the Altes Museum.

We unexpectedly stumbled across Museum Island on our way towards Berlin Cathedral from the Ramones Museum. Although we didn’t have enough time to peek inside, the exteriors of the buildings are stunning and it’s a lovely area of the city to roam around with all the river and bridges.

Next, we arrived at the Cathedral! I think the photo speaks for itself about how stunning the building is… The surrounding area is also gorgeous and a nice place to have an afternoon picnic. You should definitely visit the cathedral if you’re in Berlin (even if it is just for the photo op!) We didn’t have the time to do this either but you can enter the cathedral, for a small entrance fee, and climb the 270 steps up to the top of the dome for beautiful views over Museum Island.

READ  The 15 Best Things to Do in London at Christmas

Ah yes, the other classic tourist shot. What would we do without you? But the Brandbenburg Gate is far more important than some cheap Instagram likes. The 18th century triumphal arch has acted as a backdrop for some of the most significant moments in modern history, from Hitler’s claim to power in 1933 to the reunification of a nation after the fall of the Berlin Wall, and the many political speeches in between. 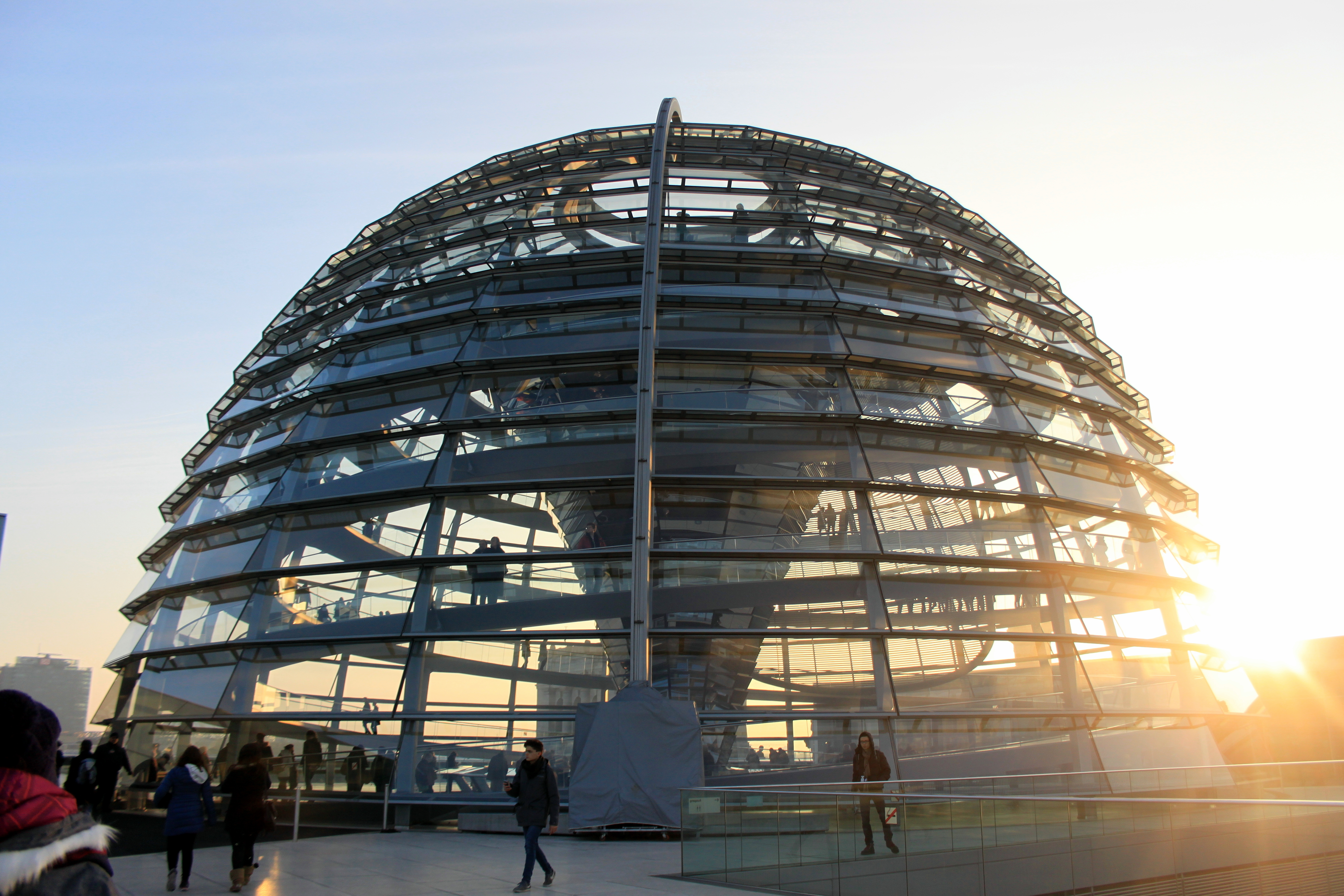 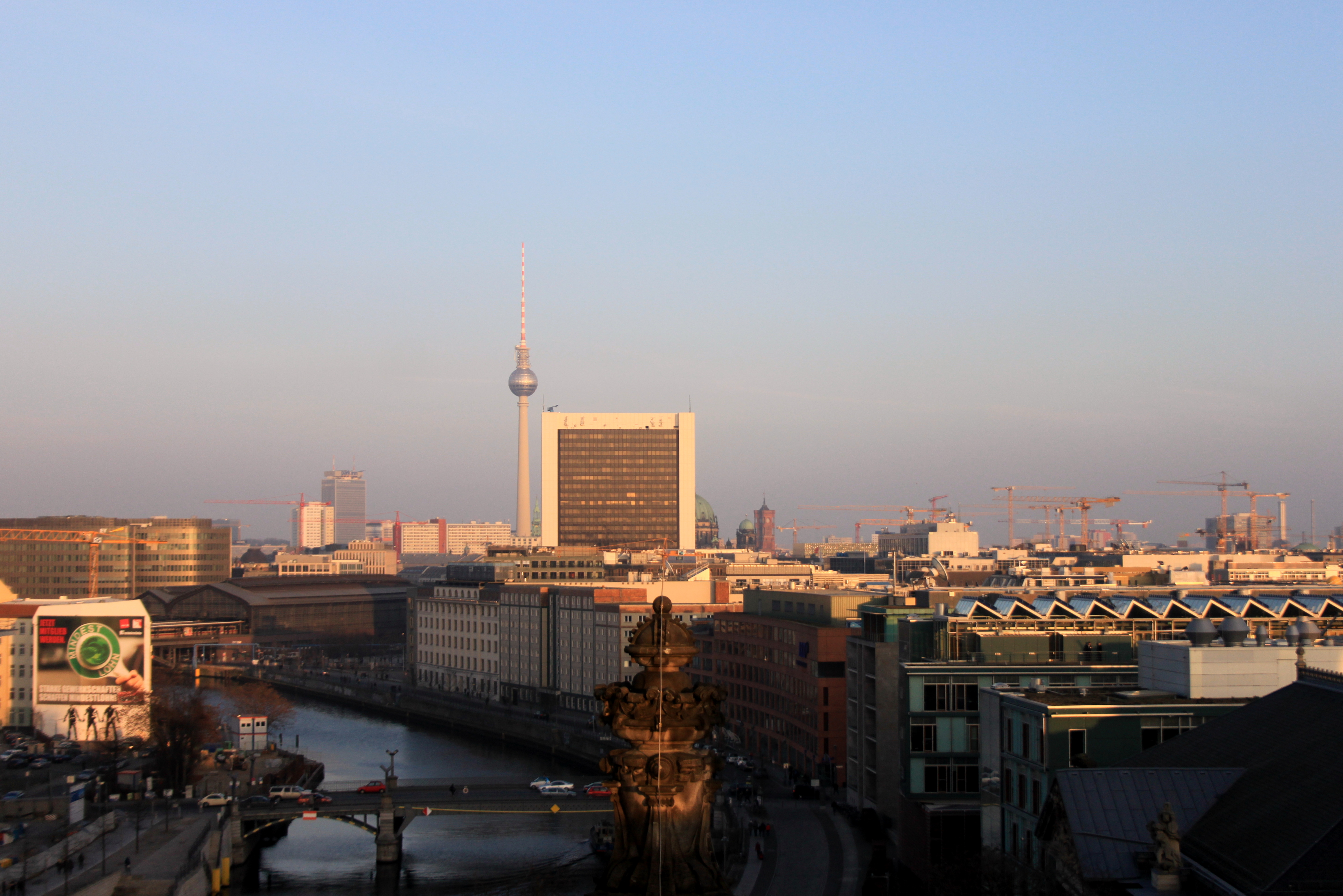 One of my main highlights from the trip was going up the Reichstag dome in the Reichstag Building, the seat of the German parliament, at sunset. The views across Germany’s capital were absolutely stunning and I can’t imagine it being quite as nice if it was at a different time of day. The light was just perfect (for the views and photos alike!). They don’t call it the golden hour for nothing.

To visit the Reichstag Building you have to book in advance online (but don’t worry, it’s free). Following our trip up the dome, we did our usual evening routine of dinner and drinks! Day one complete.

8. Memorial to the Murdered Jews of Europe

Day two began solemnly with a trip to the Memorial to the Murdered Jews of Europe, otherwise known as the Holocaust Memorial. This memorial is very abstract and visitors will interpret it in many ways. Some have noted the memorial’s resemblance to a cemetery, which could symbolise those who were not buried or thrown into unmarked pits.

Wolfgang Thierse, the president of Germany’s parliament, suggested that the memorial triggers a mortal fear in the visitor. As you walk along the massive blocks of concrete, you feel very isolated as the pillars barricade you from the street noise and sights of Berlin.

Of course, reality doesn’t always live up to the expectation. As we visited at lunchtime it was pretty busy and the poignancy of the memorial was undercut by the screaming children playing tag among the maze-like sculptures. It was slightly jarring, to say the least. However, it is still one of my favourite free museums in Berlin.

Next, we headed to Gendarmenmarkt, a beautiful square with two cathedrals, a concert hall and a monumental statue of Friedrich Schiller. The buildings at Gendarmenmarkt were gorgeous and it’s just a nice area of the city to relax and grab food in the afternoon. Plus, if you’re visiting over Christmas, Gendarmenmarkt is home to one of Berlin’s most magical Christmas markets. 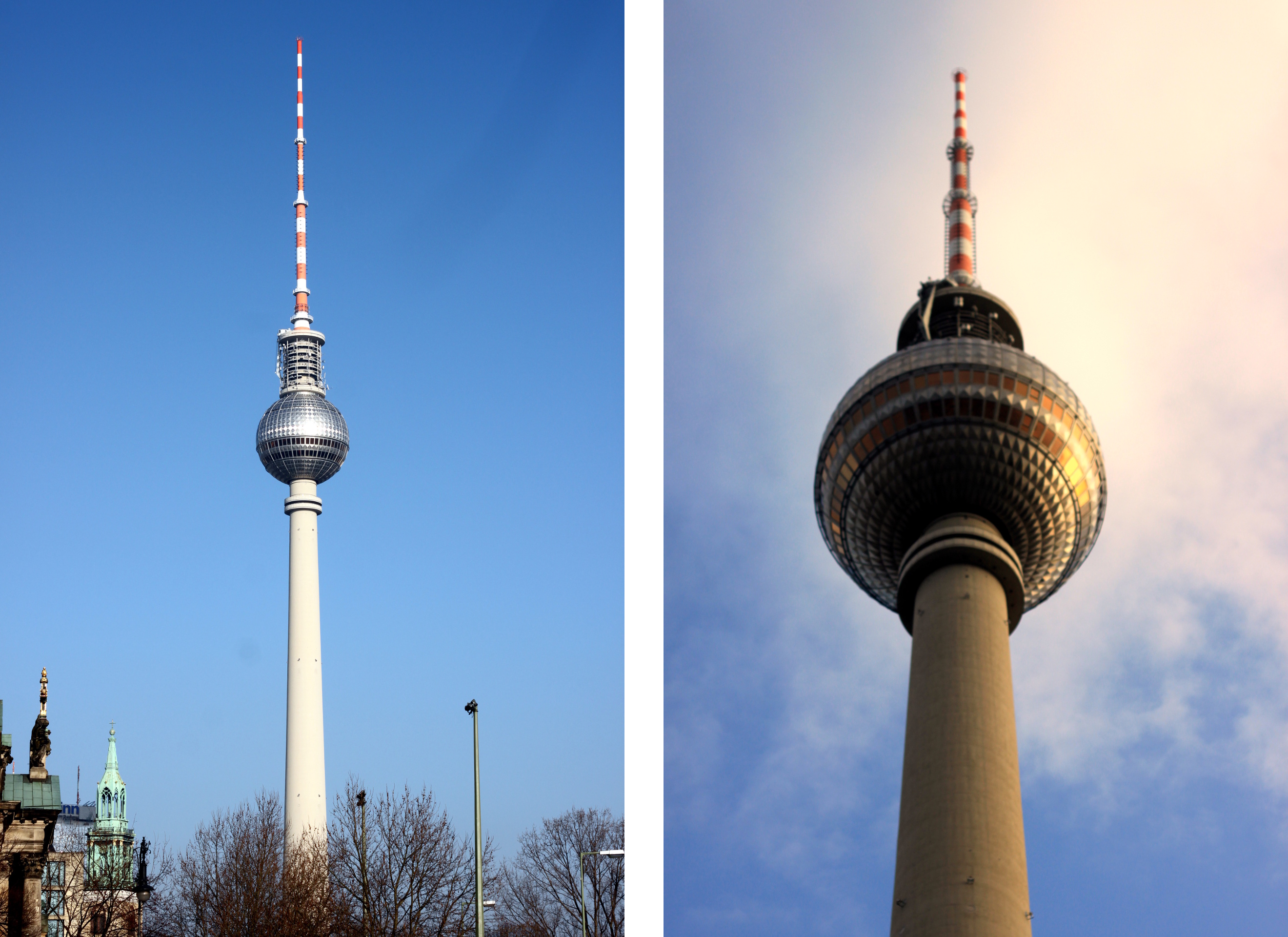 I think it’s impossible to go anywhere in the city without catching sight of Berlin’s iconic TV tower. Take the elevator to the observation deck 203m up in the sky for unparalleled views of the city. Observation deck tickets start at €13 for adults.

At the top of the TV tower also sits the Sphere, a revolving restaurant where you can enjoy breakfast, lunch and dinner. They also do a special “Champagne and currywurst” at the TV Tower in Berlin’s highest bar, Bar 203. If I ever come back to Berlin in the future, this is definitely on my bucket list! 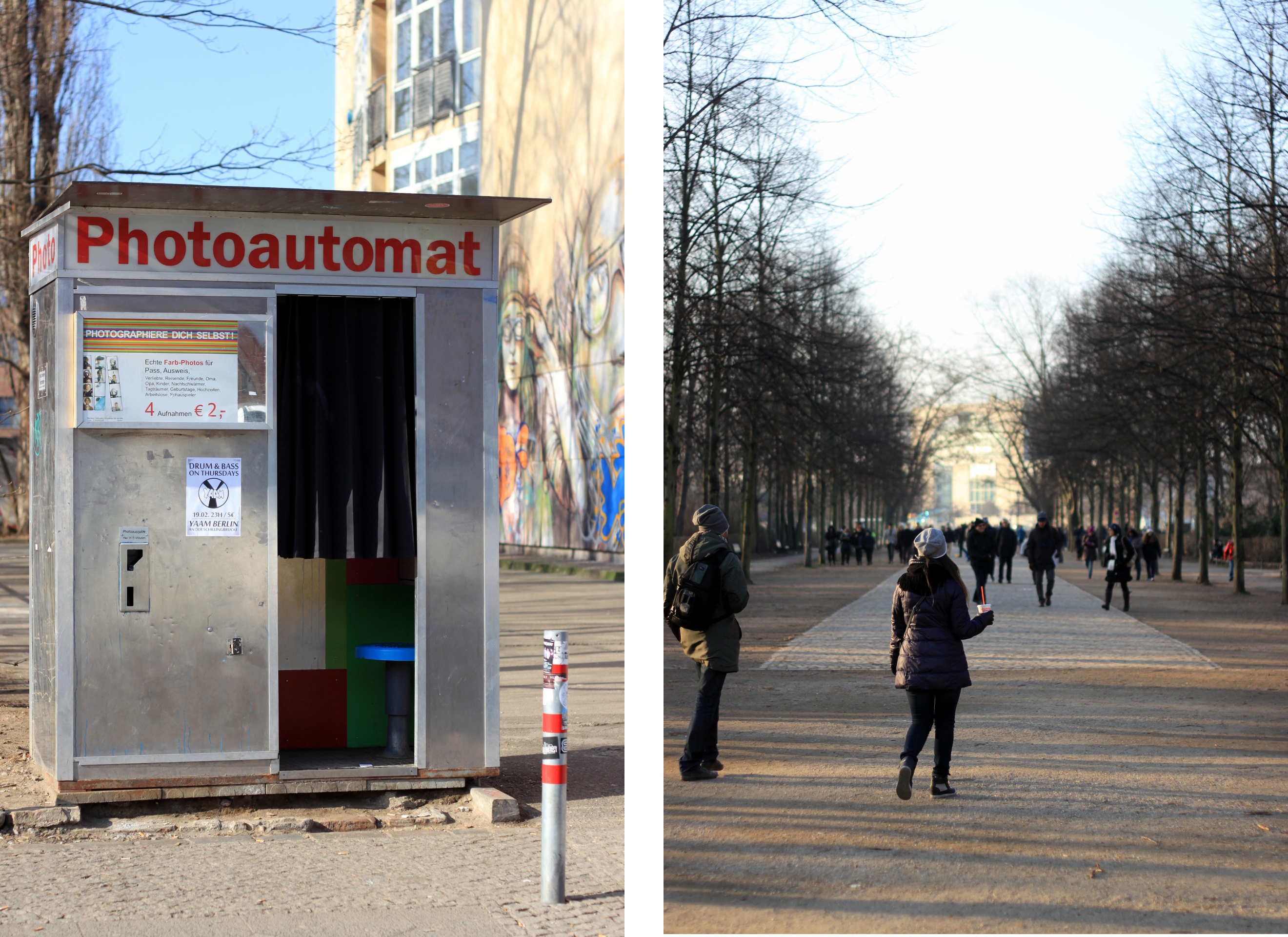 One of our favourite things in Berlin was the vintage photoautomats. You can’t come all the way to Berlin and not get a photo in a photoautomat. *Gretchen Wieners voice* I mean, that’s just, like, the rules of travelling. On our last night after some drinks, we stumbled into one of the booths and got three lots of strips. It was very cute and very fun, and we will cherish the photos forever!

Have you visited Berlin before? If so, what were your favourite parts? I left my heart in Berlin and I need to return! There are so many places I didn’t have time to visit such as Mauerpark, Tiergarten, Tempelhof, Checkpoint Charlie, the Jewish Museum, Charlottenburg Palace and the Topography of Terror. 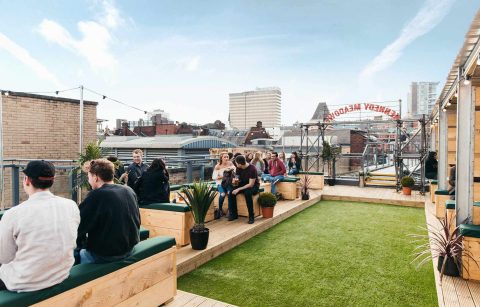 The Best Way to Spend a Weekend in Leeds [Itinerary] 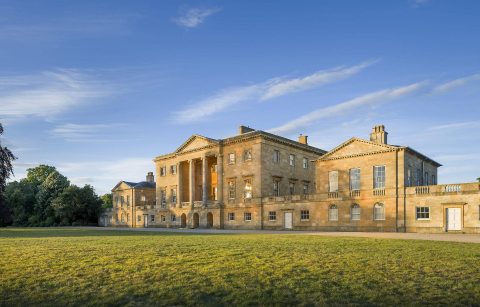 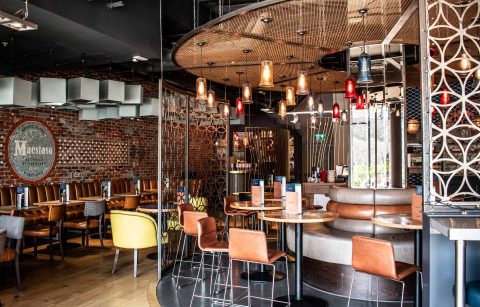 I’m a 20-something Brit who loves to pack in as much adventure around the 9-5 as possible. I’m a sucker for a UK staycation and you’ll usually find me up a mountain at the weekend with a camera in hand. My mission? To inspire and help you to see more of the world, whether it’s down the road or across the globe. 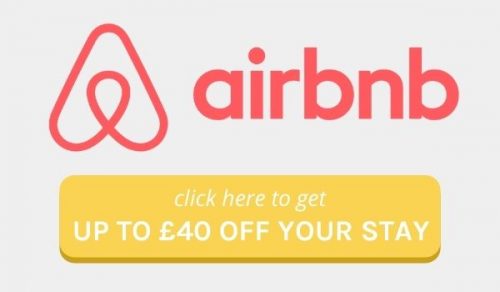 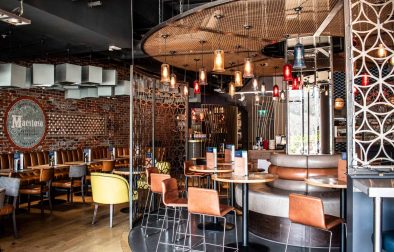 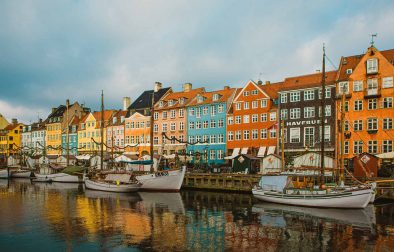 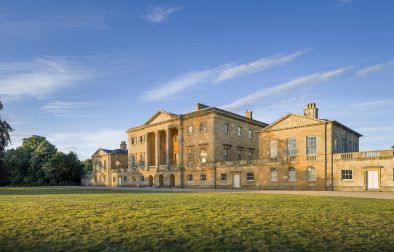 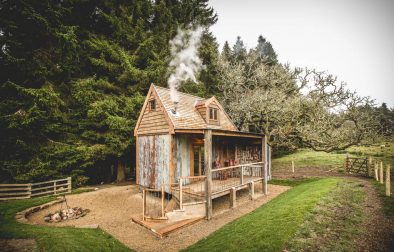 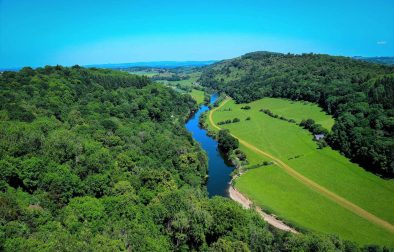