EnglandFood and Drink
53 years ago
by

If you love a donut but have made the decision to go vegan, then you’re probably wondering where you can get the best vegan donuts in London.

The good news is, the capital is packed full of amazing vegan donuts that are sure to satisfy your cravings.

From colourful sprinkles to simple chocolate, there’s a donut to suit every mood and taste here.

I’ve compiled a list of the very best vegan donuts in London to save you the hard work.

All you have to do is get reading, then head out to your nearest vegan donut spot! 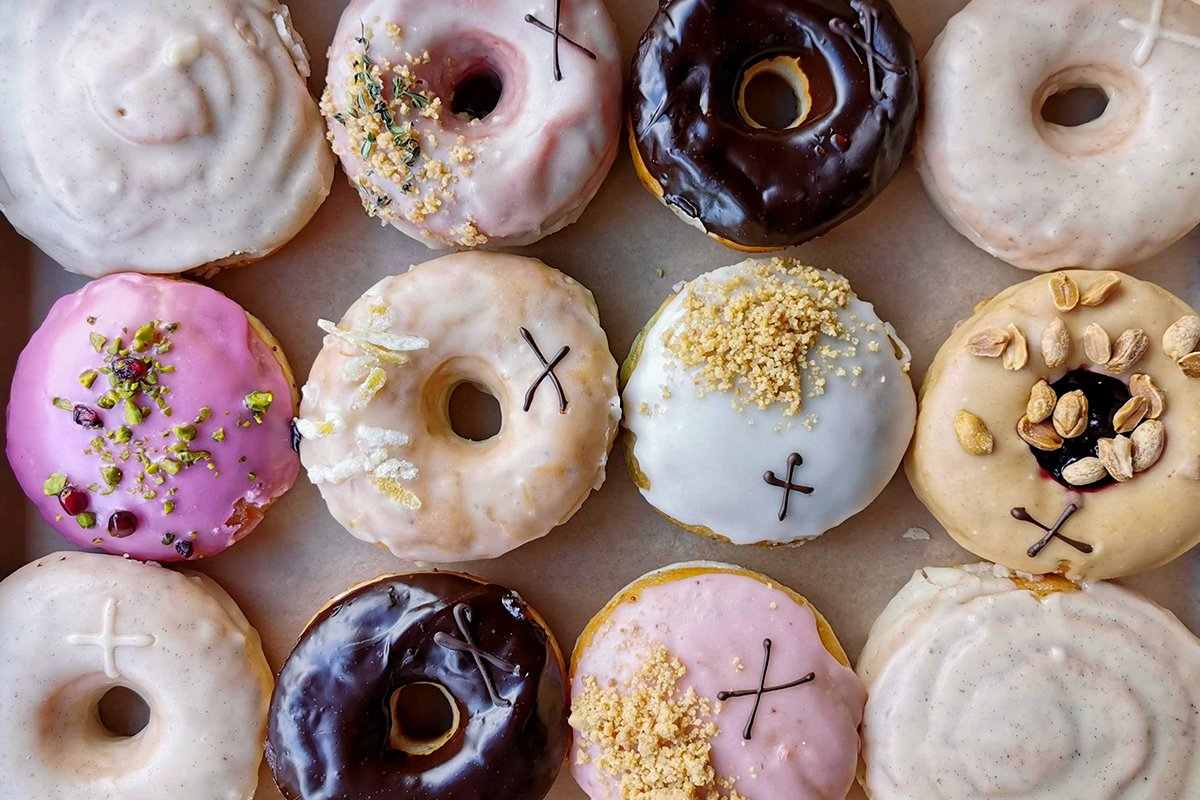 Crosstown are kings on the doughnut scene, and their vegan options are some of the best vegan donuts in London.

Their handmade sourdough doughnuts are sure to turn even a donut hater into a fan.

With shops dotted around the city, they’re also one of the most accessible doughnut spots in London.

Whether you’re a pistachio scroll kind of person or you’d prefer a dark chocolate truffle doughnut, there’s something for everyone at Crosstown.

They’ve got a total of seven permanent vegan options on the menu, too, so you won’t be short of choice here.

Oh, and Crosstown is one of the best places to go for vegan ice cream in London, too! 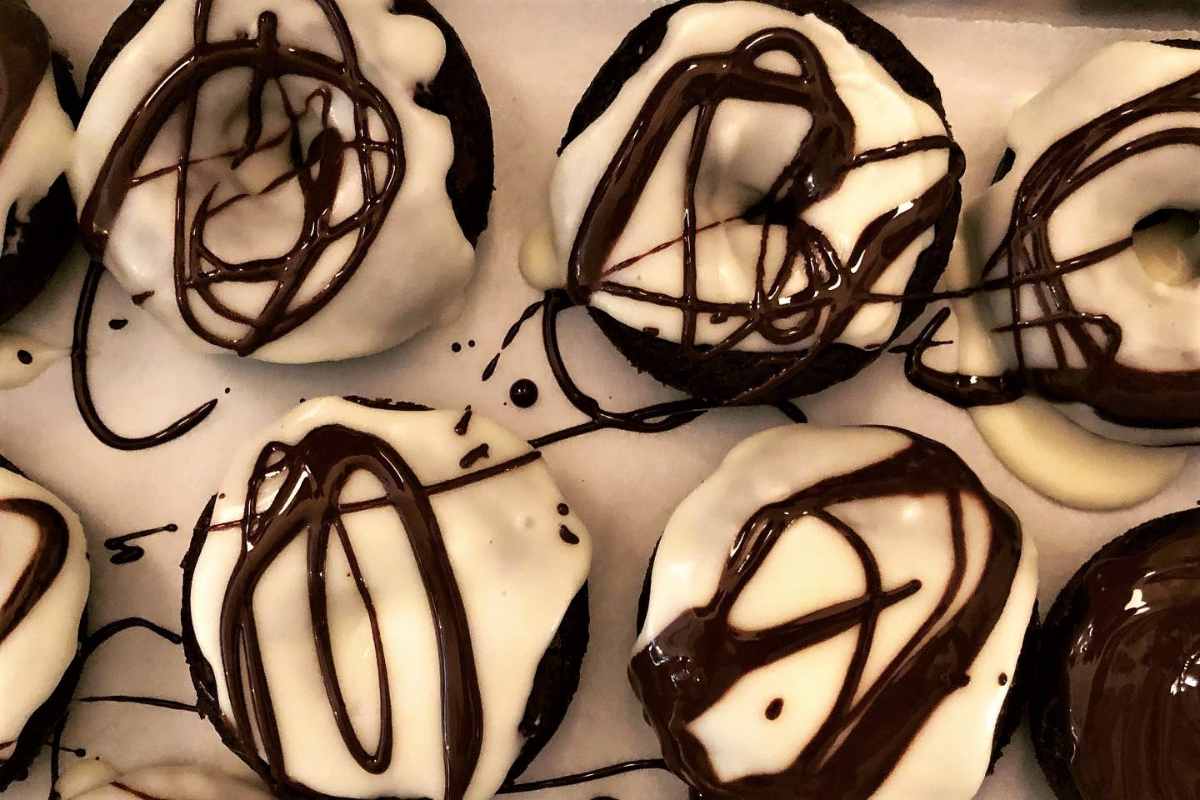 Cookies and Scream is an incredible fully vegan and gluten-free bakery in north London that you just have to try.

Adorned with art and the smell of fresh baked goods, this bakery is a treat for all the senses!

The menu is constantly changing, so you can often expect flavours to change between visits.

Their donuts are oven-baked instead of fried, giving them a gorgeous fluffy texture that just melts in your mouth.

For some of the best vegan donuts in London, look no further than Cookies and Scream.

They also serve some of the best vegan cakes in London so it’s worth visiting to get your cake fix, too!

Another one for those looking for gluten-free and vegan doughnuts, Borough 22 is a legend on the doughnut scene.

In fact, their doughnuts are so good, that they’re stocked in Selfridges across the country, which is super impressive.

From a gorgeous salted caramel flavour to a red velvet doughnut that will make you weak at the knees, you’re sure to find the doughnut for you here.

You can also order their doughnuts online if you find yourself with a sweet craving that you just can’t get rid of.

There’s no doubt that Borough 22 serves some of the best vegan doughnuts in London, so check them out. 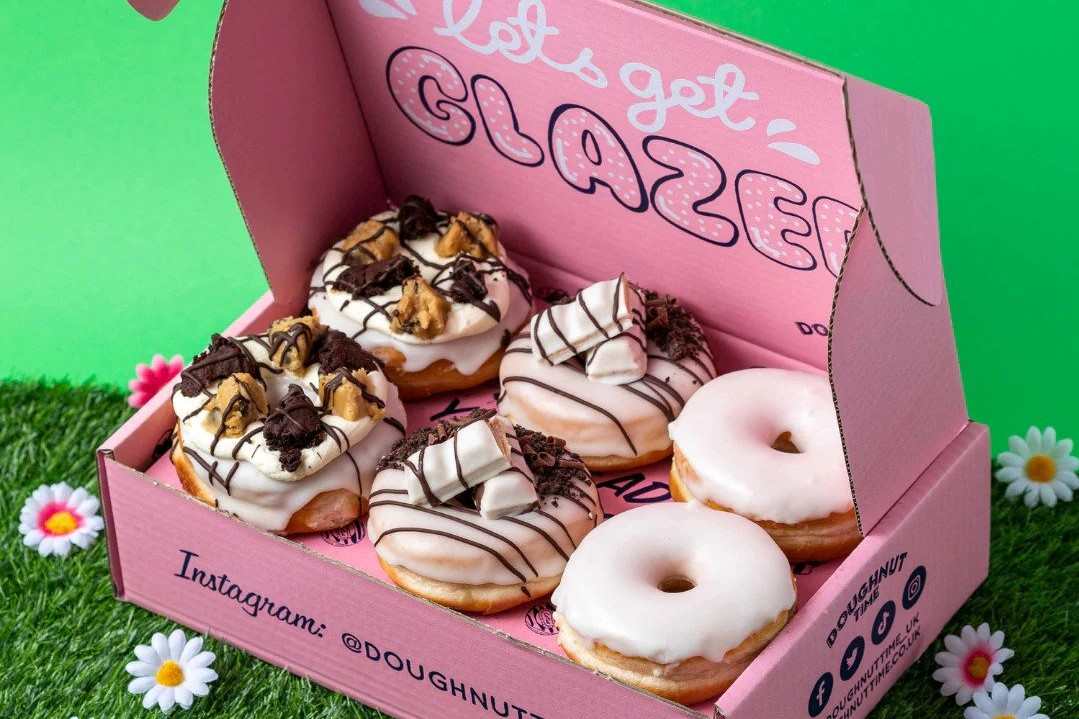 If you need the good times to come to you, Doughnut Time is another spot that will deliver to your home.

They do also have stores across London, though, so if you’re out and about and need a sugar hit, then hunt one out!

Their one-of-a-kind doughnuts are handmade with the freshest ingredients, so quality is guaranteed every time.

They also have some super cool merch that you can sport around town to show the world you’re a true doughnut fan.

Their vegan range includes some of the most unique vegan doughnuts in London, so be sure not to miss out! 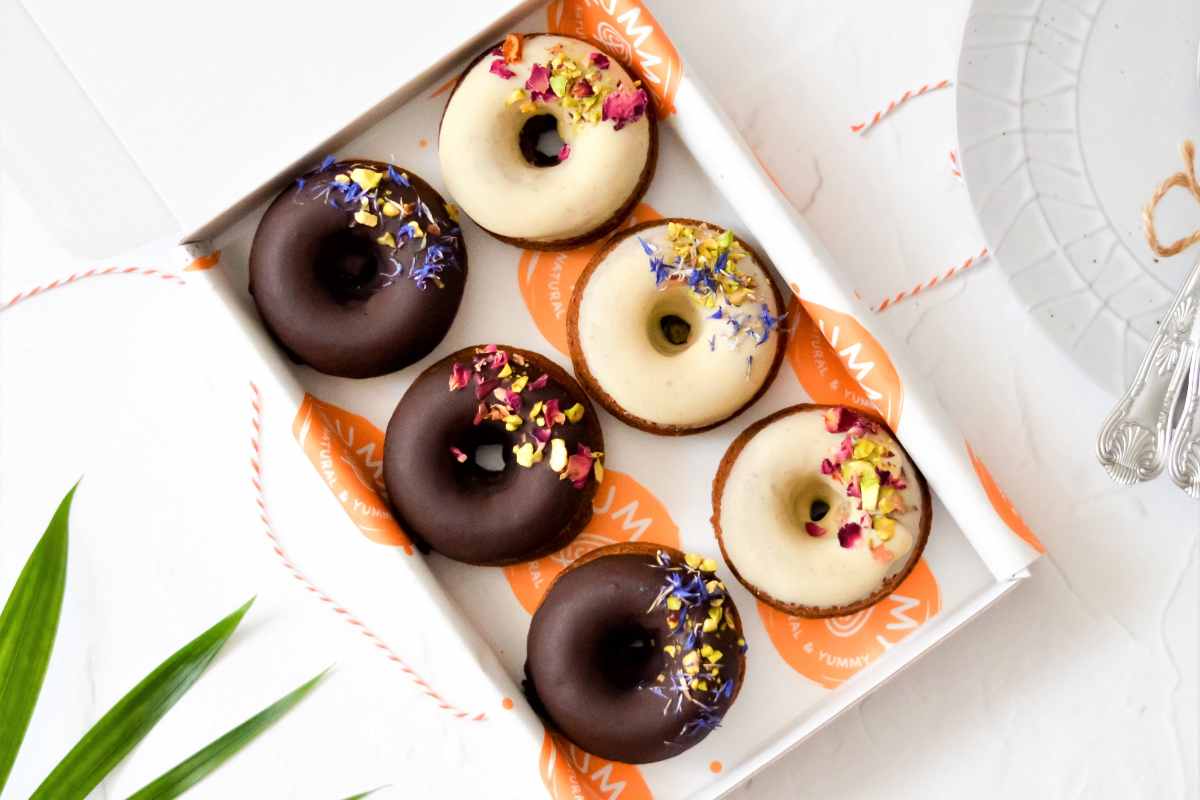 If you want doughnuts from the best artisan donut makers in the UK, then you need to try Yumbles.

The artisan marketplace offers loads of tasty goodies, with their vegan donuts being among the best of their offering.

These delicious donuts are done differently to any other donuts around, and they are truly incredible.

The raspberry and white chocolate flavour is particularly great, and the best part is they come beautifully packaged and decorated!

All the Yumbles donuts are handmade from scratch, and you can taste that they are a work of love with each bite you take. 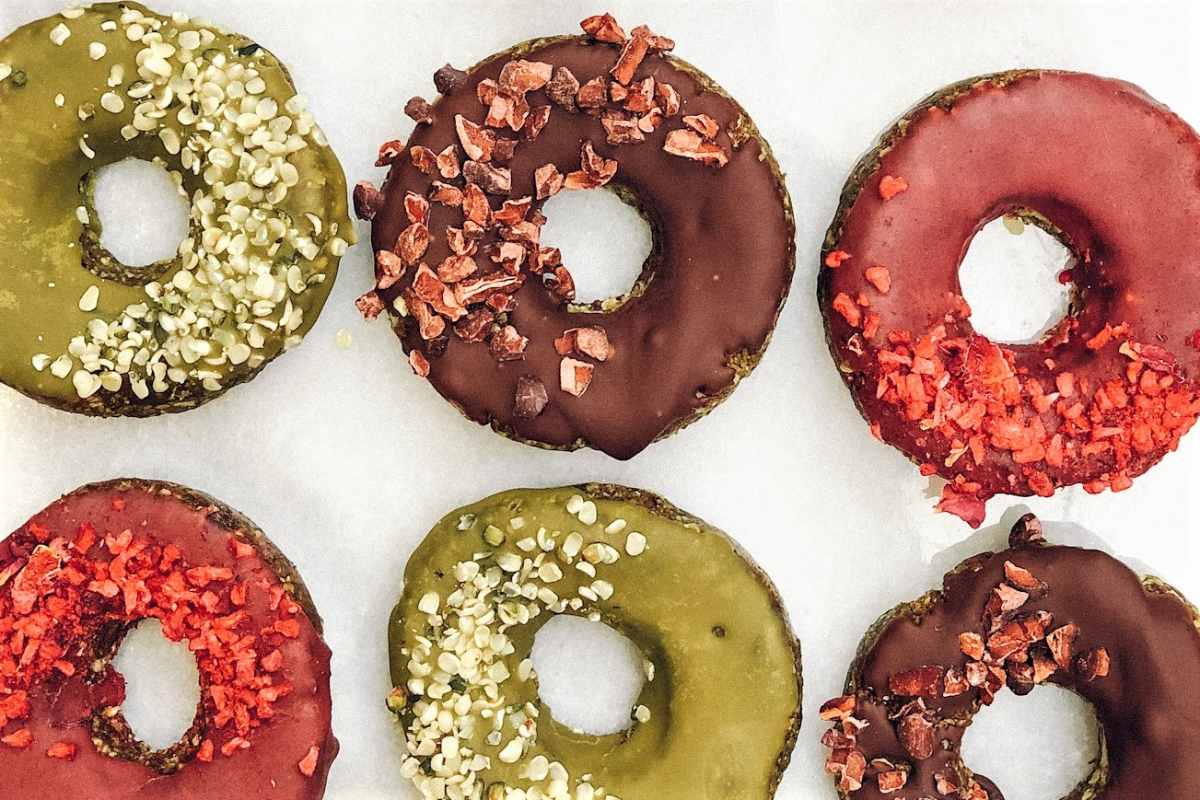 Raw Press is an airy café with a chic vibe that serves tasty plant-based meals and delicious fresh drinks.

If you ever thought that healthy plant-based eating was boring and bland, then Raw Press will make you think again.

Their raw protein donuts, better known as Pronuts, are a healthy version of your favourite donuts.

That may sound odd, but nothing about these donuts tastes like it’s healthy – they are still sheer indulgence!

For a healthier snack that still hits that sugar craving on the head, be sure to give Raw Press a go. 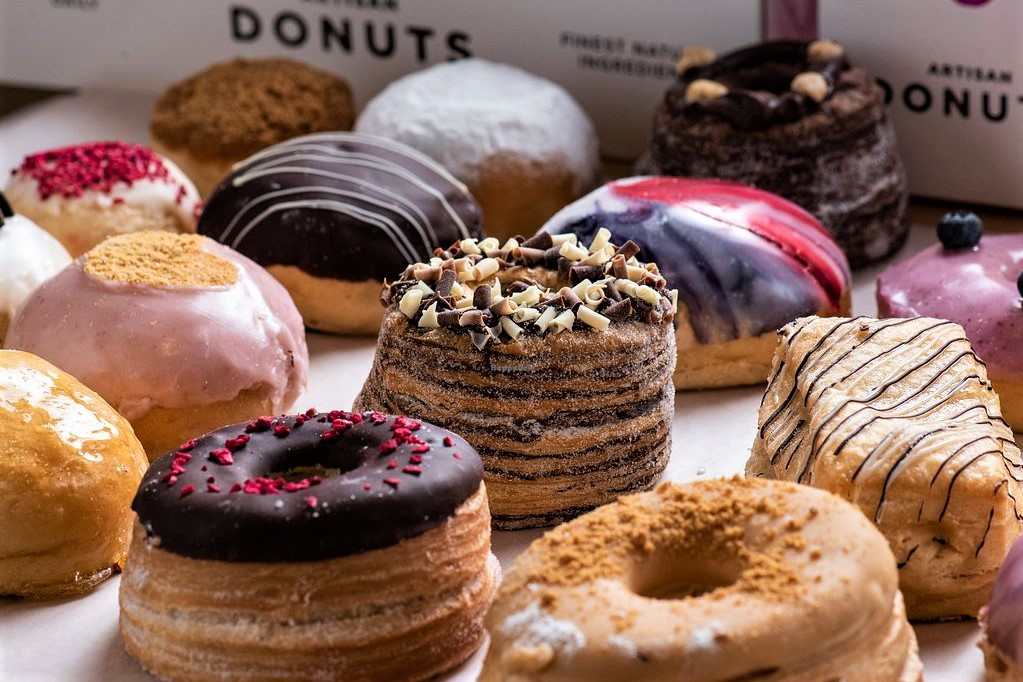 Dum Dum Donuts has been shaking up the donut scene since 2013, and they’re doing a pretty great job of it.

Ever since they erupted into the world of donuts, they’ve been busy making a name for themselves.

Their donuts are incredible, and the vegan ones are some of the best vegan donuts in London.

They are all entirely handmade using natural ingredients to ensure the very best quality.

Try the Vegan Galaxy or the Vegan Choc Berry, or indulge in their incredible vegan croissant donuts for a real treat! 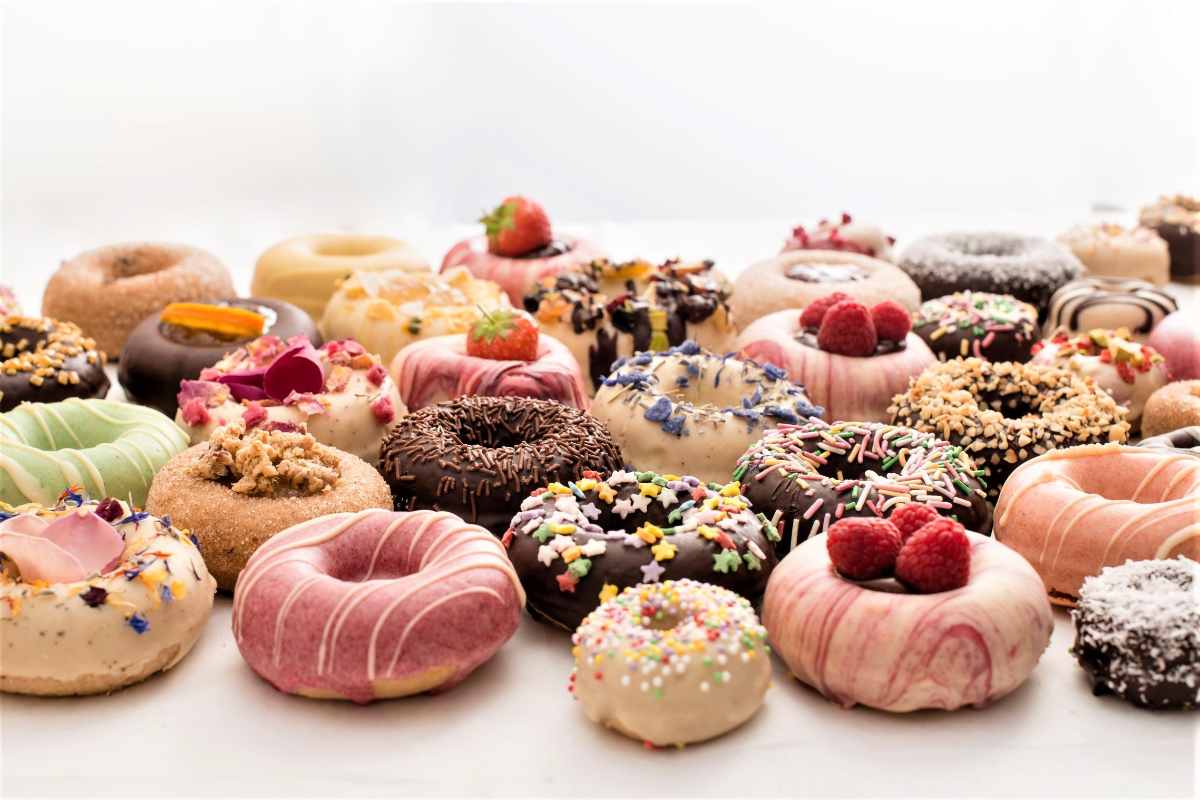 For amazing vegan doughnuts in London, you need to try Ruby’s of London.

They specialise in free-from products, so you can be certain they know what they’re doing!

All their products are made with love and care, and their donuts are some of the best around.

The Ruby’s Classics selection box gives you a taste of all their very best flavours, from pistachio to seasonal treats like mango and pineapple.

The donuts here are sure to tick all the boxes, from taste to aesthetics, so be sure to give them a go.

They’re some of the best vegan donuts in London, after all! 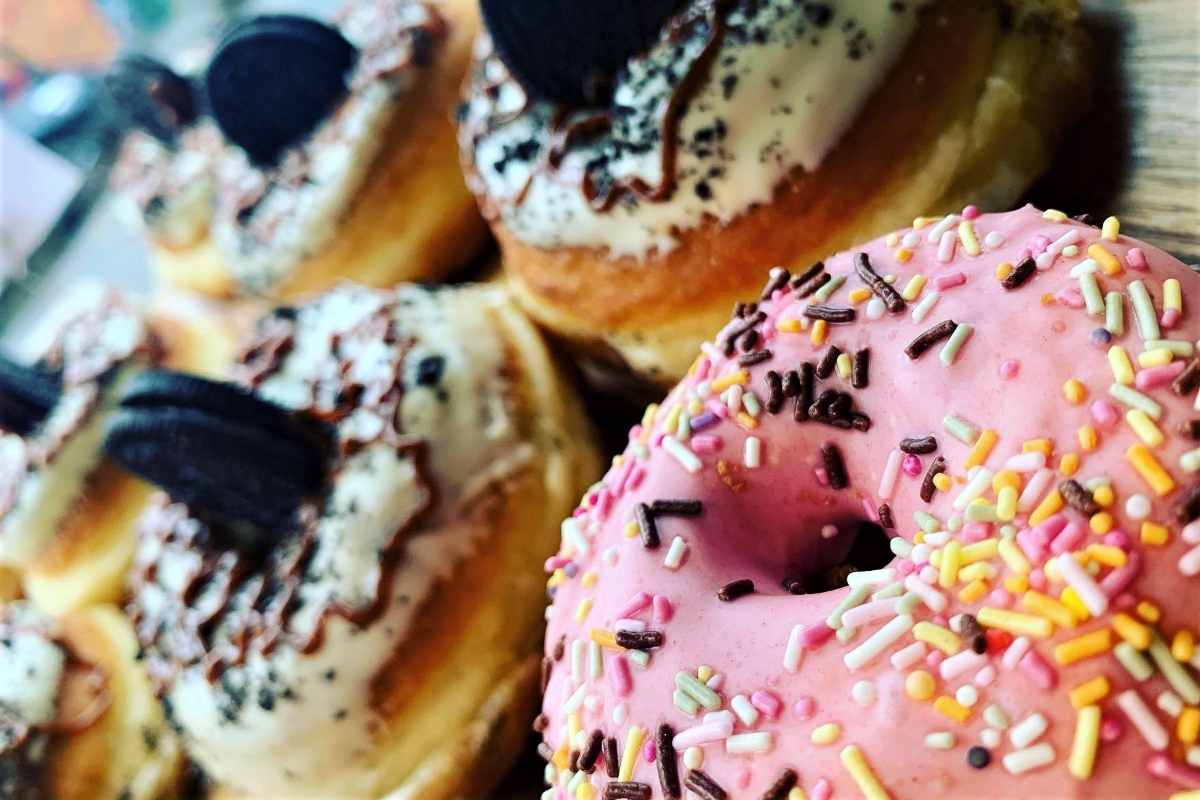 Happy Donuts is an incredible donut spot in West London.

Whether you want donuts delivered or are just dropping by on a walk, they’ll be delighted to accommodate you.

There’s no better pick-me-up than a delicious sweet treat, so a vegan donut from Happy Donuts is sure to hit the spot.

Their donut with Oreo filling is one of the best donuts in the whole of London, vegan or not!

The vegan selection here is plentiful, making it one of the best spots for vegan doughnuts in London by far.

Stop by when you’re in the area and check them out! 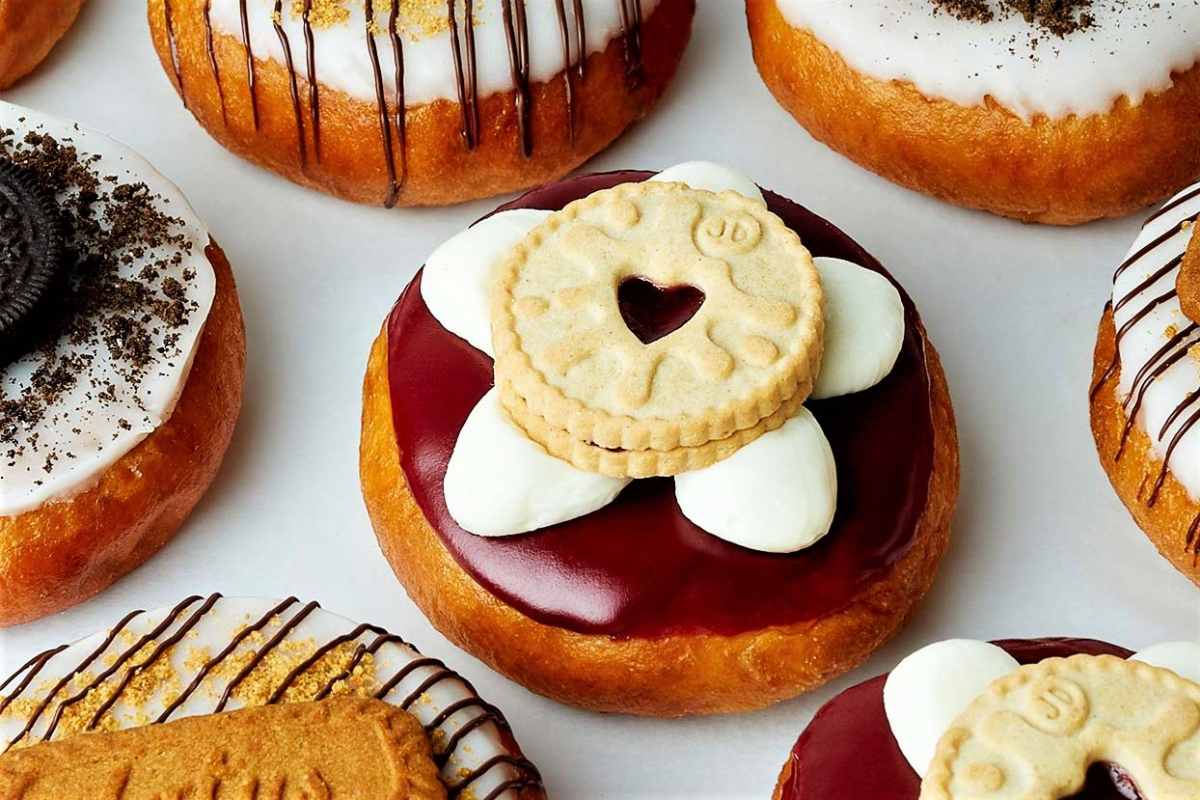 Wenzel’s the Bakers has an amazing selection of decadent and delicious freshly-baked doughnuts.

They pride themselves on baking everything fresh every day, which makes for wonderful fluffy doughnuts.

It has fast become one of London’s most popular bakeries, and now has stores across the city, which is great news for us!

If you ever thought you couldn’t have doughnuts and be vegan, then Wenzel’s will break that myth for you.

This is a place for true indulgence and enjoyment, so get yourself an assorted box and get ready for a flavour explosion! 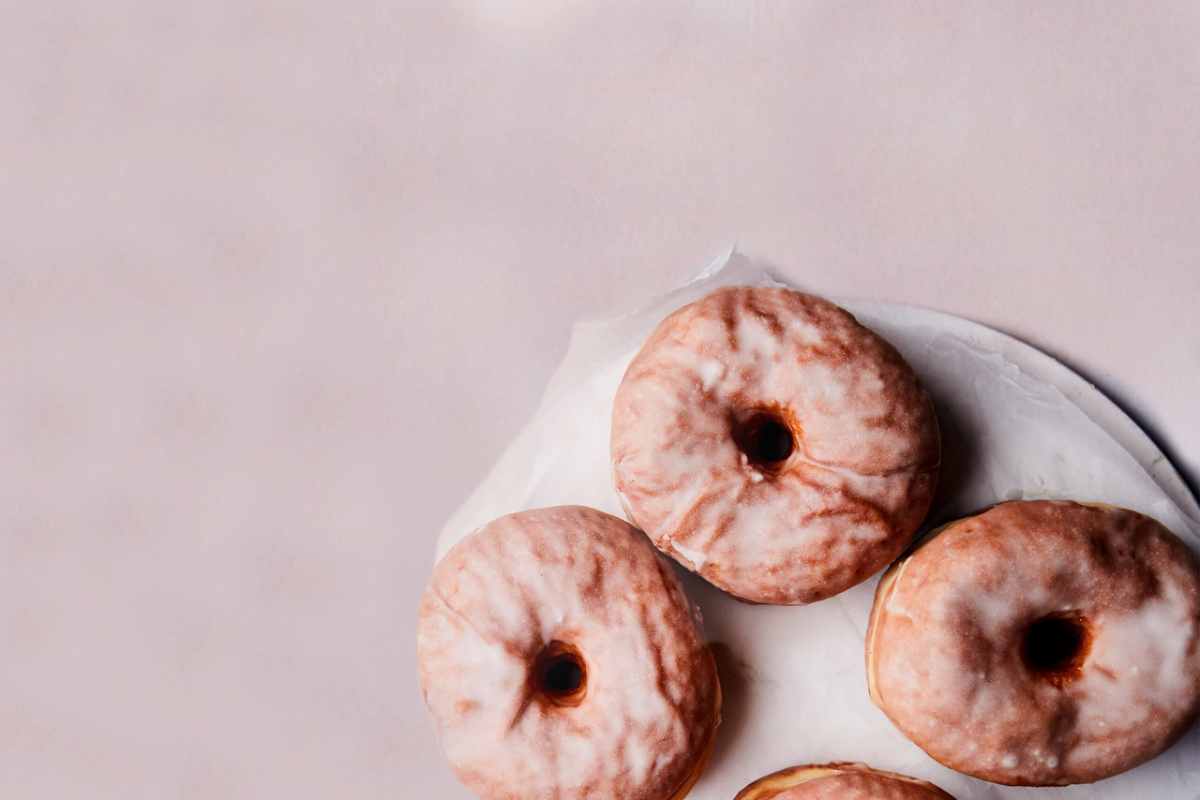 Galeta is a brilliant wholesale bakery that produces some of the best vegan donuts in London.

Here at Galeta, being vegan doesn’t mean having to compromise on quality or taste.

In fact, some of their bestsellers are vegan!

They’ve been working incredibly hard to produce delicious vegan donuts, and I’m sure you’ll be pleasantly surprised by the results.

Their colourful donuts are sure to brighten your day all while satisfying that sugar craving.

You’ll find their amazing products in iconic spots including Selfridges and Tate Modern, so they must be good! 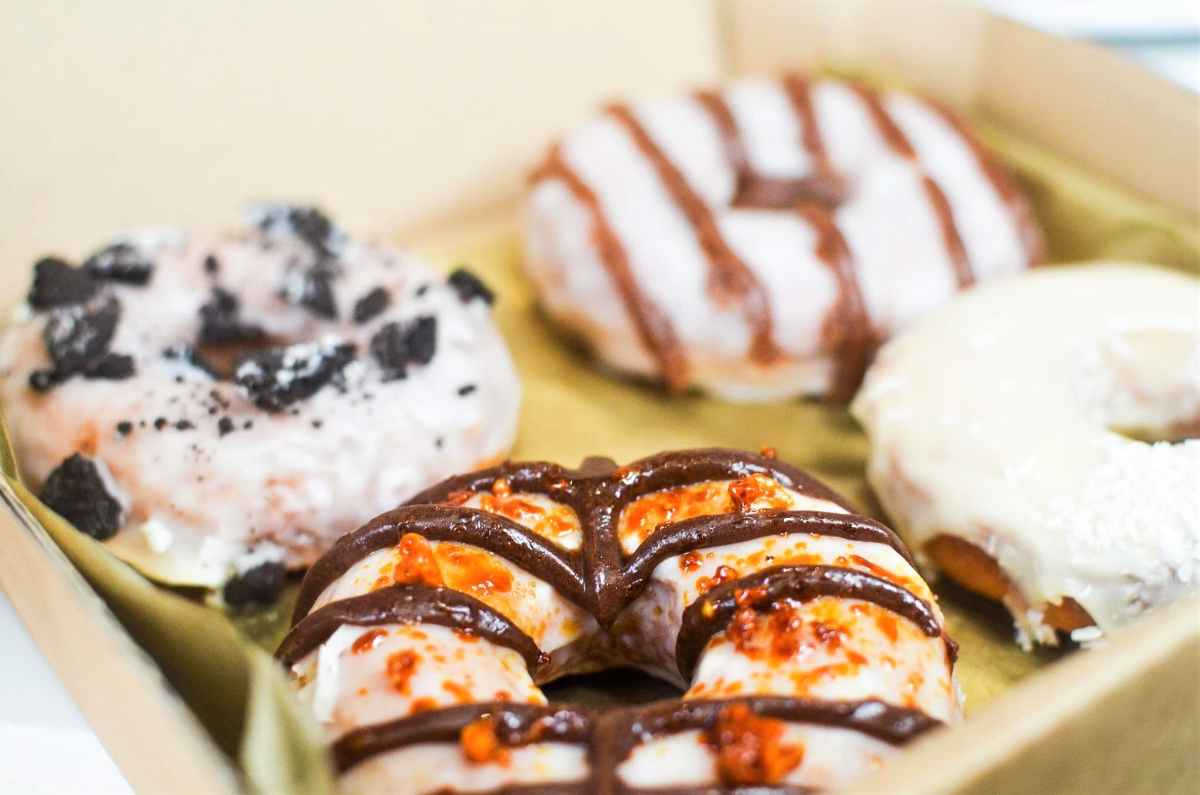 Veganise It Bakery was born out of a passion to bake vegan goods that are just as tasty as their non-vegan counterparts.

Serving some of the best vegan donuts in London, this is a bakery that’s not one to miss.

How about some Jammie Dodger ring donuts?

Or some of their delicious raspberry donuts?

No matter what you fancy, they’re sure to have it at Veganise It Bakery.

And you’re not just limited to donuts here either as they serve cookies and brownies too!

Satisfy your sugar cravings the right way at Veganise It. 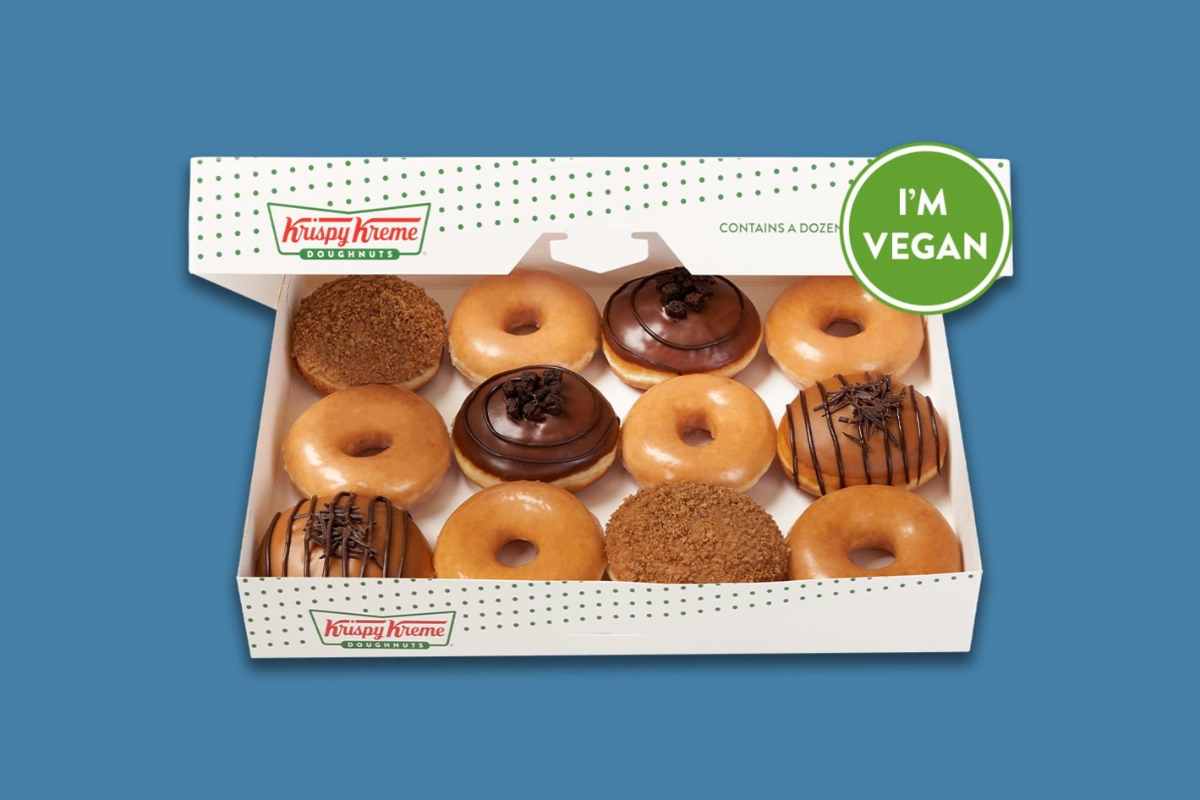 Krispy Kreme is a name that has become synonymous with doughnuts the world over, and London is no exception.

In recent years, they’ve jumped on the vegan wave and they are riding it incredibly well with a brilliant selection of flavours.

First things first, their iconic Original Glazed doughnut is available in a vegan version, which is fab news!

They also have three other delicious flavours for you to explore, and each is just as delicious as the last.

So if you’re looking for delicious vegan doughnuts in London that are easy to find wherever you are, then Krispy Kreme is for you.

Whether you want to support small shops or prefer to frequent the larger chains, London has a vegan donut for you.

There are vegan donut shops all over the city, as well as plenty of options for donut delivery if you want to treat yourself.

Indulge in a delightful selection box or tuck into one of your very favourites.

Whatever you choose, one thing’s for sure: there’s a vegan donut in London for everyone, no matter your taste! 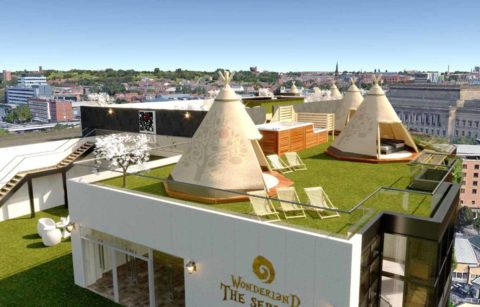 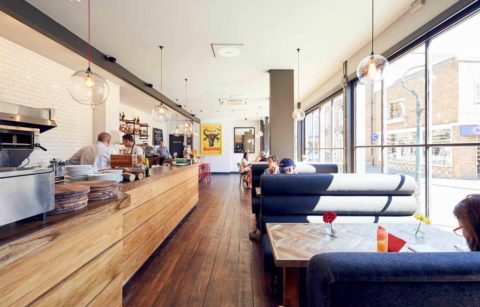 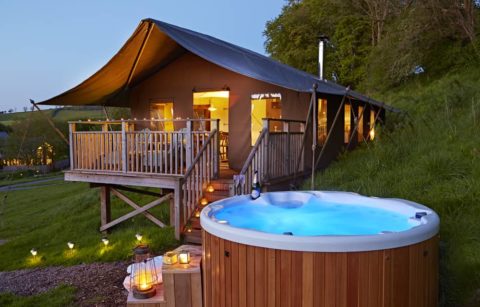