Free Things to DoGermany
53 years ago
by

Berlin is a city that meets two of the most important requirements for anyone when picking a city break.

It’s no wonder the city attracts over 14 million tourists a year.

Berlin is the only city in Europe with more museums than rainy days. While it sounds unbelievable, the statistics check out.

Home to over 175 museums while only experiencing 99 days of rain a year, the city is unlike any other on the continent.

And the best part is that there are loads of free museums in Berlin to visit too!

With museums dotted all over the capital, I’ve rounded up the best that will stay with you long after your trip is over AND won’t charge you entry on arrival.

Because what more could you want?

These free museums in Berlin will leave you enriched in art, culture and history, all without splashing the cash. Let’s dive right in…

This article is written by Faraway Lucy writer, Gracie Leader. 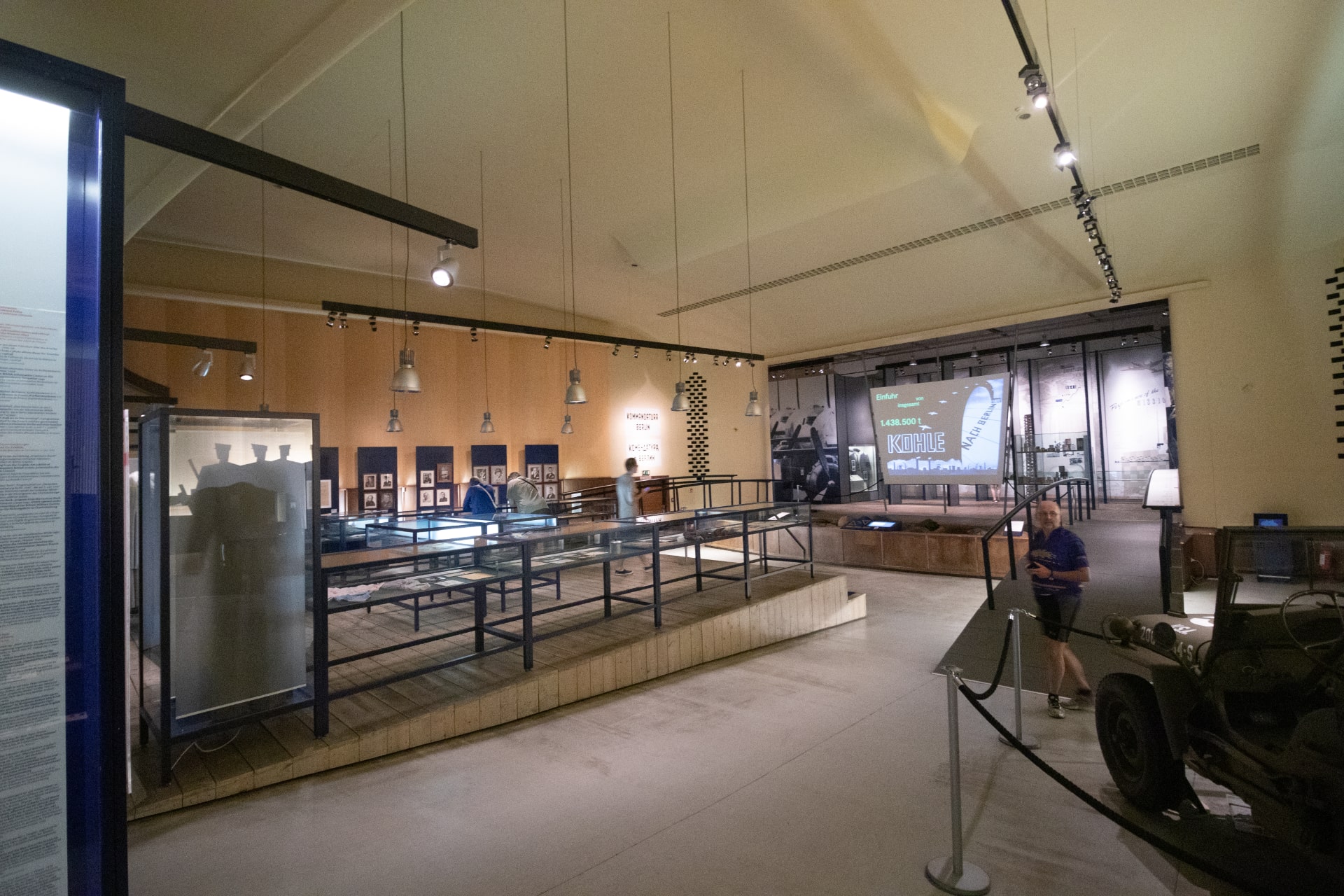 Founded in 1996 and located at the heart of the former American Sector, in the southwest of the city, the Allied Museu

m exhibits the complex relationship between the Western Allies after WWII, up until the fall of the Berlin Wall.

Its permanent exhibition, How Enemies Became Friends, tells the story of the many political conflicts and unions that resulted in the peace and freedom finally felt by Berlin in the 1990s.

Another part of the collection worth mentioning is the open-air exhibition that demonstrates the threats to the routes of access into Western Berlin.

It includes a British Hastings TG 503 Airlift plane, the dining car of a French military train, the last guardhouse from Checkpoint Charlie and segments of the Berlin Wall.

The museum describes how ‘these large-scale objects are impressive reminders of West Berlin’s status as an island in the middle of the Soviet zone of occupation, and stand for the threats to access routes to the western part of the city.’

It’s certainly one of the most informative free museums in Berlin for any history buffs!

A unique and tiny museum that often goes unheard of, Museum Blindenwerkstatt Otto Weidt is undoubtedly one of the best free museums in Berlin.

It tells the story of Otto Weidt, a factory owner who employed blind and deaf Jews during WWII to protect them from persecution and deportation.

The museum explains that ‘using personal documents such as letters, poems, and photographs, the exhibition paints a moving portrait of lives constantly at threat of persecution and deportation.

It also documents the Jewish employees’ courageous attempts to escape their persecutors and the vital help that Otto Weidt provided.’

It ‘s an eye-opening and emotional visit.

But certainly, a necessary one to gain a deeper understanding of the personal suffering felt under the Nazi rule. 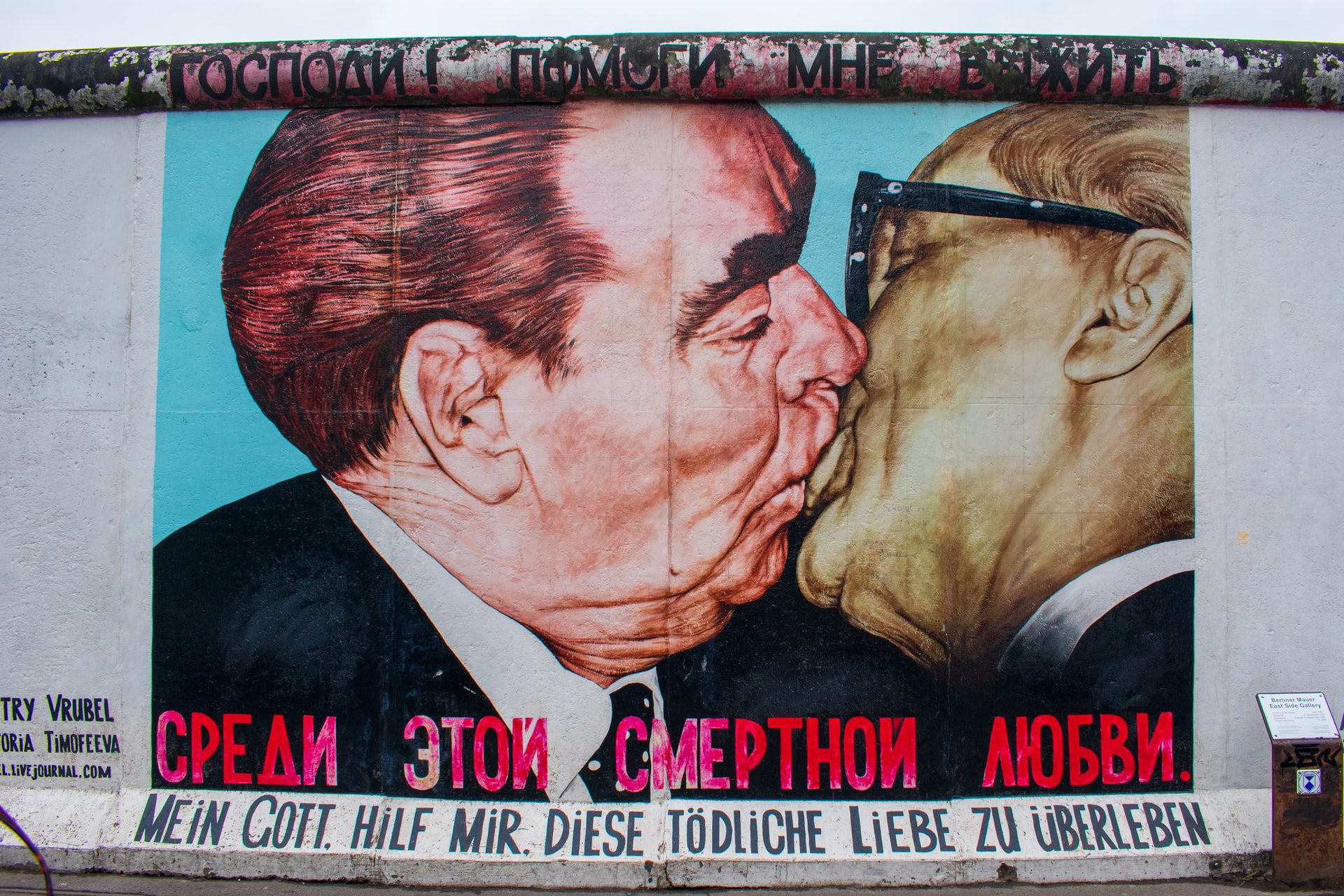 Although technically not a museum, the East Side Gallery is the number one thing you have to do while in Berlin.

The open-air art gallery was converted from the remainder of the Berlin Wall in the centre of the city.

Almost immediately after the wall came down, 118 different artists from 21 countries around the world began painting the East Side Gallery.

On the 28th of September 1990, it officially opened to the public as an open-air gallery.

And it still remains one of the most popular tourist attractions within the capital thirty years on.

Over 1400 yards and more than 100 paintings depict the political landscape of the late 1980s and early 1990s. It’s a beautiful and thought-provoking sight to walk beside.

You can do this alone, with friends or as part of a guided tour, which is available on the weekends, to learn about the history and significance of the monument.

The remains of the wall symbolise the joy felt within the city when the wall fell.

They also act as a reminder of the inhumanity of the regime that brought the wall in.

Visit Berlin described Museum De Stille as ‘a place for meditation in the heart of the capital’ and that definitely sums it up.

Founded by Russian painter, Nikolai Makarov, it’s a Wihelminian style house converted into a beautiful art gallery made up of his work.

Opened in 1994, it stands for the belief that fine art should encourage onlookers to reflect and contemplate.

Makarov felt that was especially poignant at the time of opening.

At the time, Berlin was going through radical changes and needed a place of stillness to counteract that.

Other artists, such as Mark Rothko and Henri Matisse, also feature there.

It’s perfect for a quiet afternoon to avoid the rush of the city and enjoy your own company. 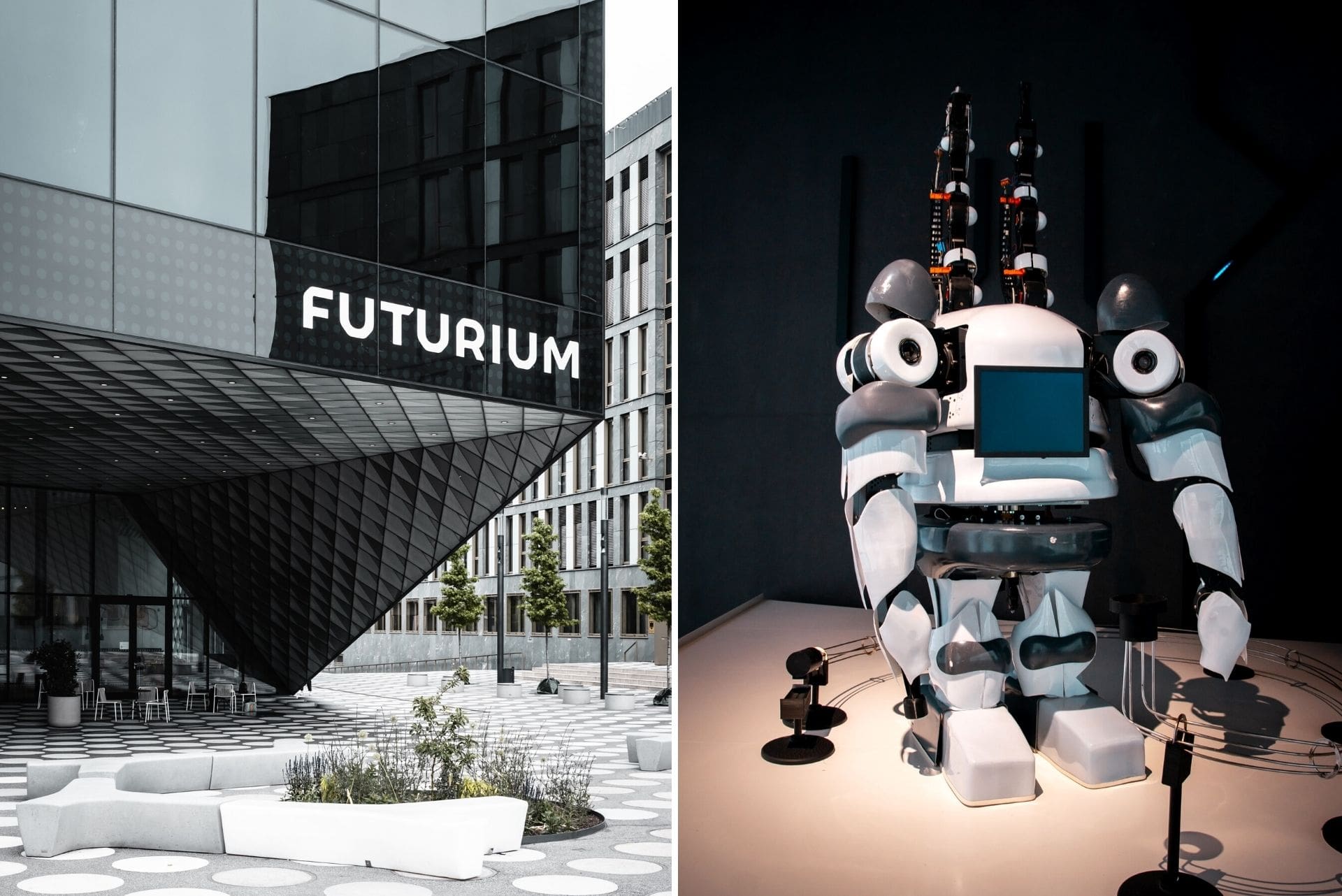 The House of Futures invites you to ask just one question as you explore the available exhibits.

What do we want our future to look like?

Spread across three floors, the museum presents different scenarios that could one day be our reality.

On the top floor, the exhibit ‘How do we want to live?’ encourages you to reflect on controversial ideas about the present and future.

The floor explores humankind, nature and technology and all the different options for the future.

If you like what you see, you can learn how to reach that desired future.

Head down to the basement to find the Futurium laboratory.

You can test out new technologies like 3D printers and laser cutters or visit the kitchen to see what our diets could look like one day.

This museum is unlike anything else in the city.

Perfect for families and large groups, it is interactive and exciting.

You can easily spend hours on end here!

Rich in history, the Kunstraum Kreuzberg art gallery can be found in the oldest building in the Kreuzberg district.

It first opened in 1847 as Bethanien Hospital before being taken over by squatters in the 1970s.

Now it’s an art gallery under the protection of the Friedrichshain-Kreuzberg District Council.

The exhibition space is for contemporary art with a focus on current social and cultural issues.

With a collection of over 450 works and up to six collaborative exhibitions a year it’s a must-see whatever time you are there.

Alongside the exhibitions, the forum hosts tours, films, speeches and workshops on many different kinds of media.

If you are a practising artist or just an art lover this gallery has something for everyone! 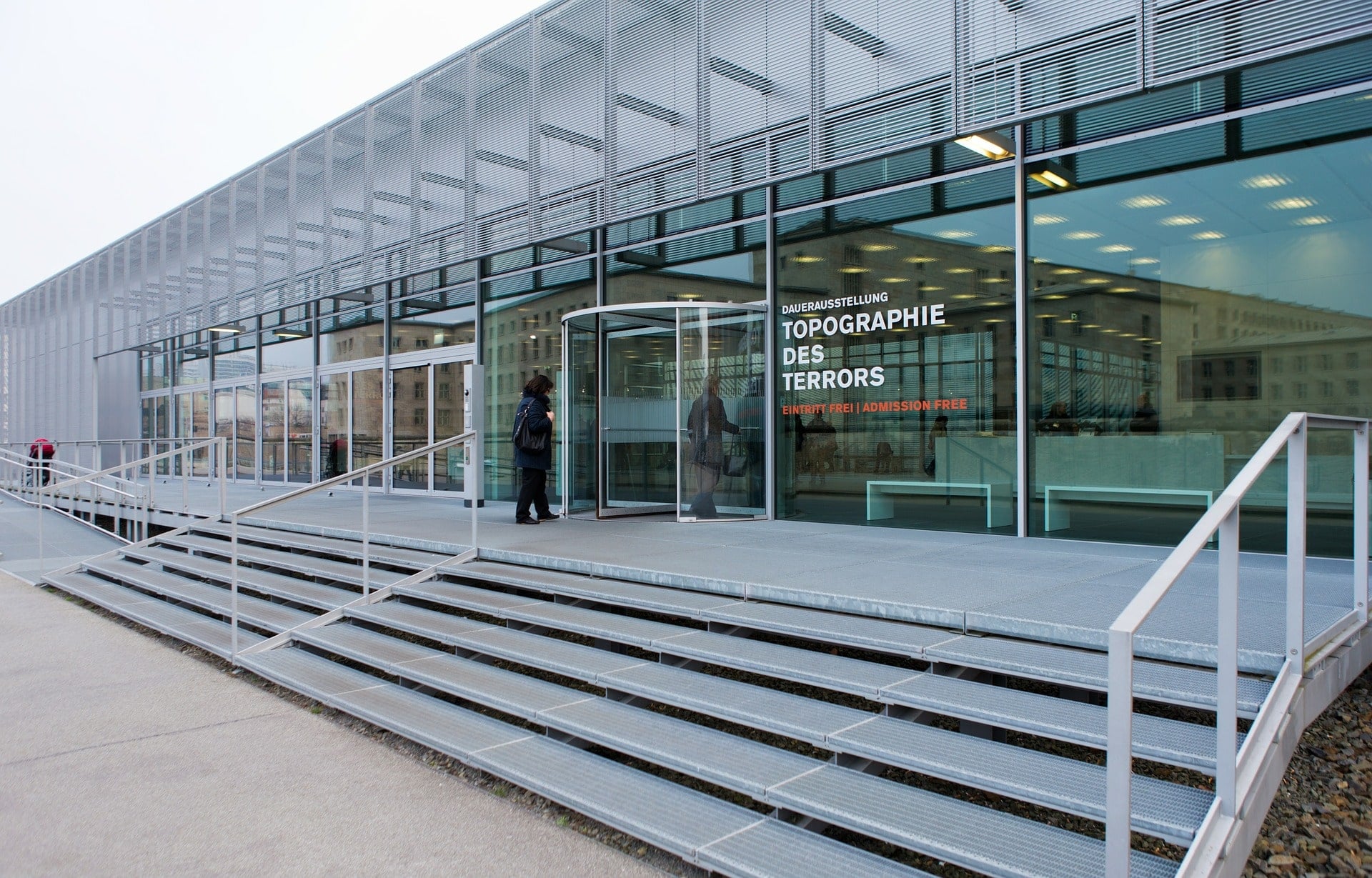 With over a million visitors a year, the Topography of Terror is one of the most visited places in Berlin and it’s obvious why.

Located in what used to be the headquarters of the Gestapo, it acts as a place of remembrance and a warning from history.

The museum details all the institutions that were once based there and the crimes they committed.

The Gestapo, the SS and the Reich Security Main Office were all once run from the buildings on the site.

It’s eerie to know the destruction and devastation that was once planned where you stand.

Open from spring to autumn, one exhibition named ‘Berlin 1933–1945: Between Propaganda and Terror’ presents photos, documents and media articles arranged in exposed trenches that detail National Socialist policy in Berlin.

Converted from a former Nazi forced labour camp, the Nazi Forced Labour Documentation Centre can be found at the same site as the Topography of Terror.

Entering the exhibition spaces, you will find inscriptions on the walls, letters and biographies which all provide a very personal insight into the prisoners’ lives.

Down in the air-raid shelter behind the thick walls, you have a chance to learn about the daily lives of the people detained in the camp.

One permanent exhibition named ‘Forced Labour in the Daily Round 1938−1945’ demonstrates to visitors how the lives of those living in forced labour camps were shaped by the deep racism prevalent in the Nazi regime. 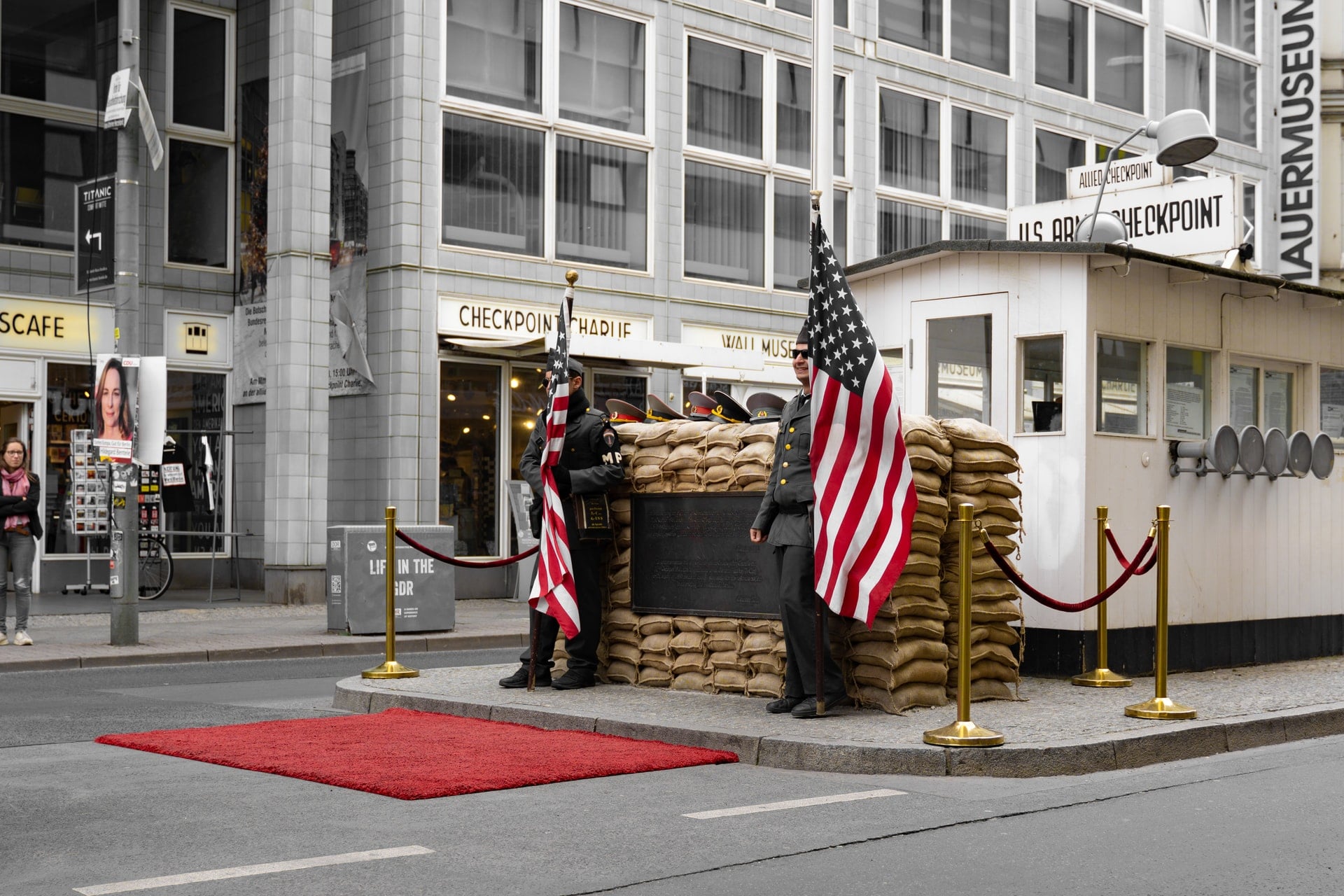 Even if you’ve never been to Berlin before you will immediately recognise Checkpoint Charlie.

It’s been the setting for many espionage and thriller films including The Man From U.N.C.L.E. and James Bond’s Octopussy.

Located on the corner of Friedrichstraße and Zimmerstraße, it’s the former border crossing between East and West Berlin during the Cold War.

In October 1961, it was also the scene of a confrontation between American and Soviet troops in their tanks.

Now an installation by artist Frank Thiel, it acts as a memorial for the events previously taken place there.

You can also visit the Museum Haus am Checkpoint Charlie to learn more about the significance of the Wall and how it affected the citizens of the divided city during the time.

The museum is home to fake and genuine travel documents, alongside newspaper front pages from the time.

The New School of Photography gives you an exclusive look at the work of young talent learning at the school.

Photographs and projects from the students make up the exhibition and you can admire graduation work or examples from seminar and workshop sessions.

Located at Rosenthaler Platz, visiting will give you an inside look at the work carried out within the academy.

It also allows you to discover photographers at the beginning of their careers.

The gallery is open from Thursdays to Sundays during the afternoons, exhibiting fashion, art and architecture digital and analogue photography.

The website boasts that their ‘gallery and openings have become an established part of the Berlin art scene.’

It’s definitely not one to miss!

11. Memorial to the Murdered Jews 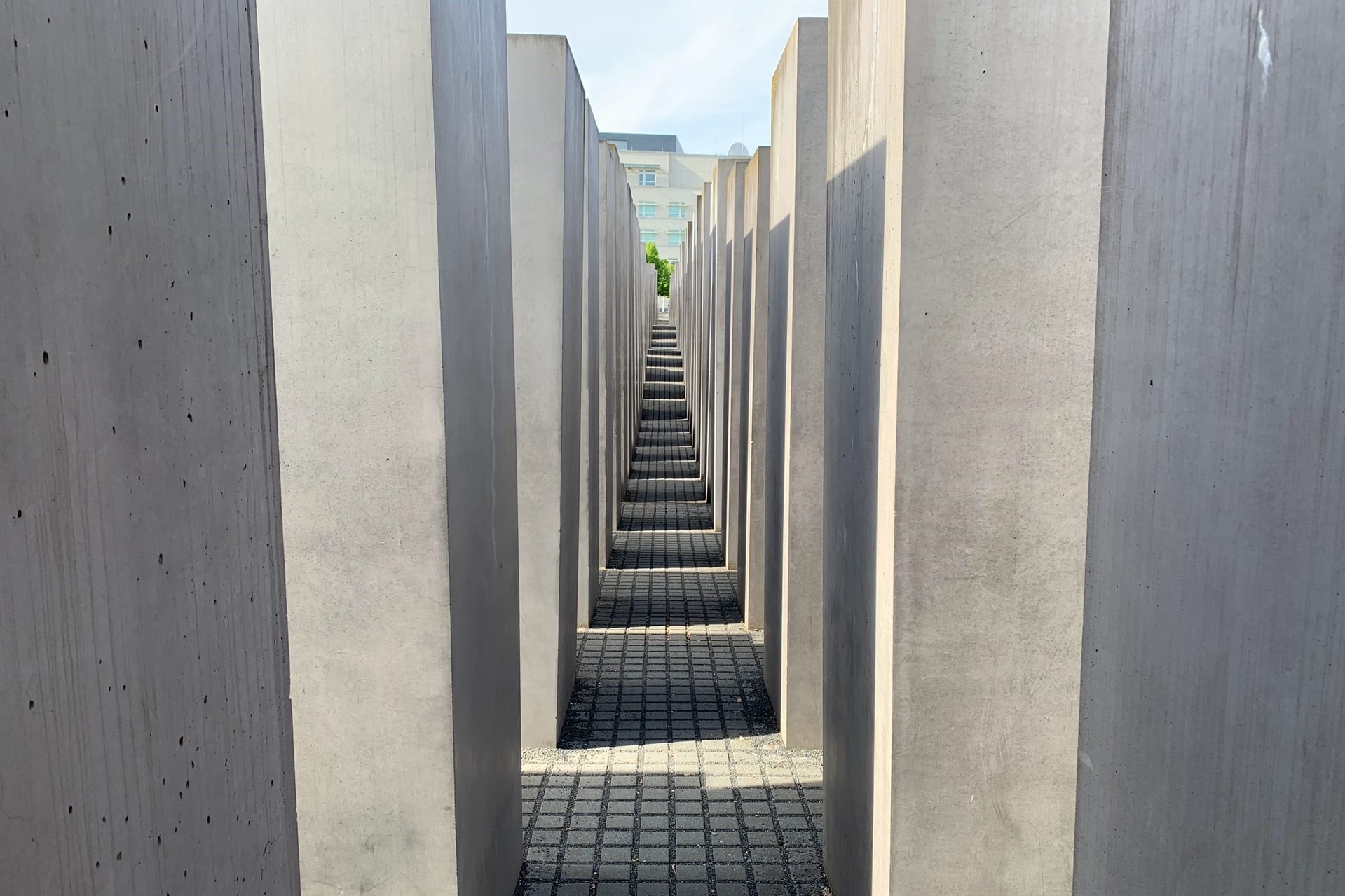 Opening in 2005, the Memorial to the Murdered Jews was designed by architect Peter Eisenham and engineer Buro Happold.

The installation is a memorial to all of the Jewish victims of the Holocaust.

You’ll find this site for reflection and remembrance in the heart of the city, right in front of the Brandenburg Gate.

And the best part is that it’s open 24 hours a day!

Made up of 2711 concrete slabs, all of different heights, the memorial extends over 19,000 square metres.

It’s on a slight slope and its wave-like form is different wherever you stand.

The uneven floor and vast openness combine to create a visceral experience for the visitor that may make you feel uneasy.

Eisenman’s intentions were to make you confront the topic head-on, even if it’s uncomfortable to do so.

Finally, this one’s a bit cheeky because it costs 5 euros, but we couldn’t help but sneak it onto the end of this list of free museums in Berlin!

Down the street from Checkpoint Charlie is the Trabi Museum, dedicated to the cult favourite vehicle produced in East Berlin.

First made in 1958 and produced for nearly half a century, the car was loved by enthusiasts then and still loved now.

In the museum, you can see all the models in chronological order from the classic 601 to much rarer rally cars.

Sure to bring on strong feelings of nostalgia for any petrol heads, it will make you remember the GDR vehicle that was so popular.

Hopefully, this list of free museums in Berlin has given you lots of inspiration for your Berlin trip.

A city with so much interesting history, you can learn so much in even the shortest of stays.

If you’ve been to any of these free museums in Berlin, please let me know your experience in the comments! 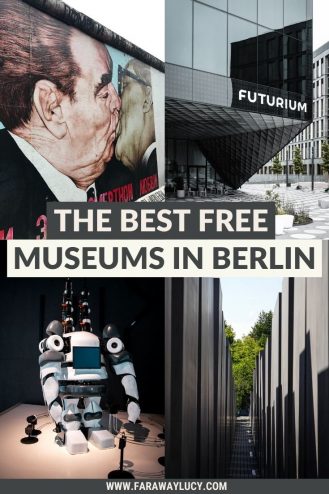 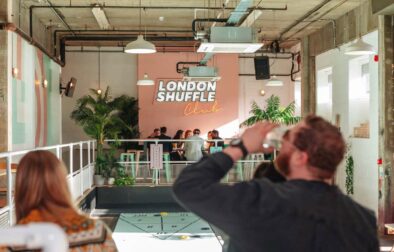 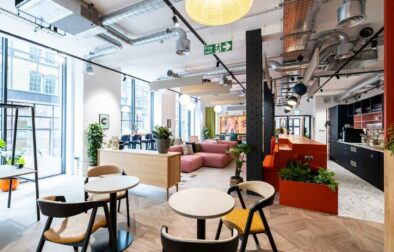 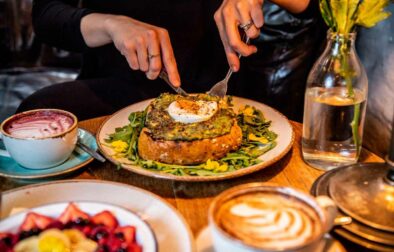 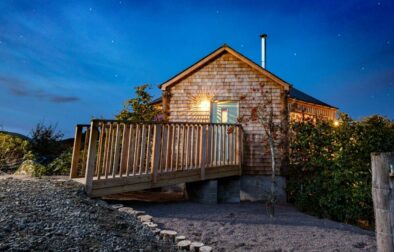 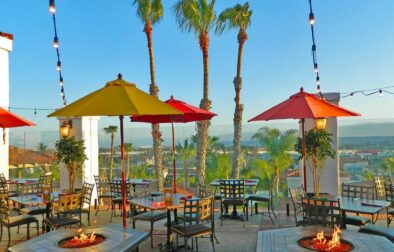